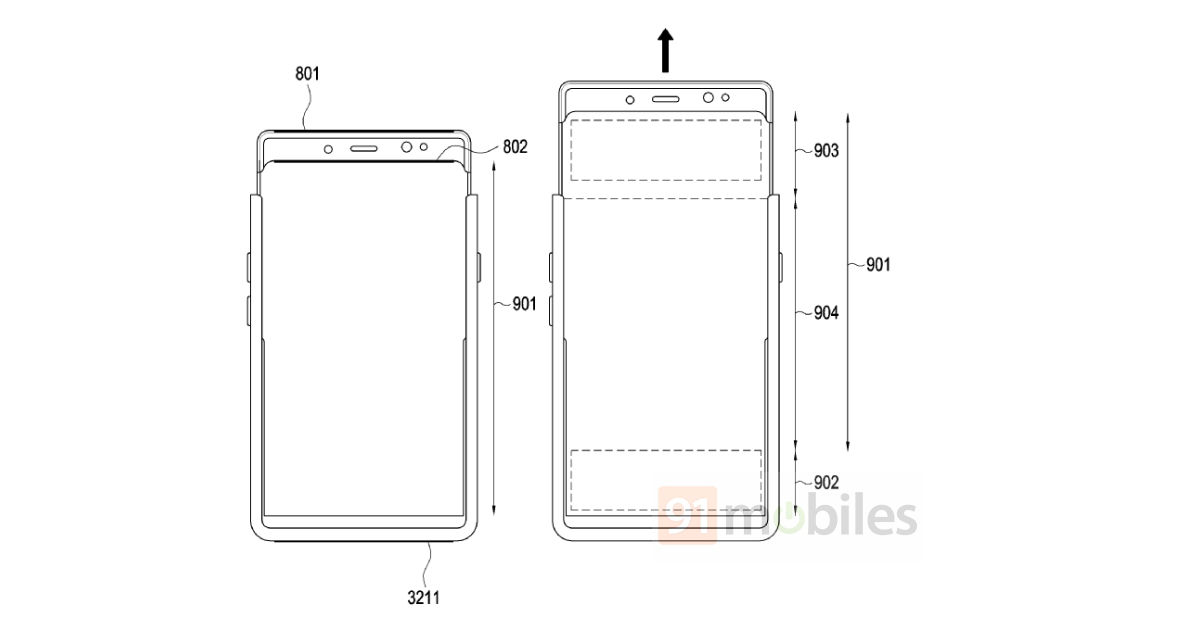 “Samsung has filed for a patent that shows a smartphone with a flexible screen that can be unrolled to create a bigger display, which can support two independent apps”

Samsung has filed for a patent that reveals a new design it could implement on future smartphones. In a patent application published on the website of the World Intellectual Property Office (WIPO), the South Korean organisation has showcased various use applications of this new design. It utilises a flexible display panel that can extend when the user provides the requisite command; it is not yet clear whether the command would be in the form of a hardware button, software command, or both. Nonetheless, it would be a great solution for the modern smartphones, which are getting taller and sometimes are too tall to hold in the hand conveniently.

In the images on the WIPO database, the Samsung application shows the smartphone will have a flexible display that is rolled towards the back at the bottom. When the phone receives the necessary input, it will expand the flexible display to its full length, thus increasing the display size at the user’s disposal. So the display can, for example, go from 6-inch to 6.5-inch when fully unfolded. This display juts out of the top panel, similar to pop-up selfie camera modules we have seen on smartphones in the last year. However, unlike only a small portion of the top edge protruding, this smartphone design has the entire top edge (with the selfie camera and the sensor array) move upwards.

The flexible display will be able to show content from an app that had been running on the phone prior to the screen being unrolled. As an example, the patent application images show a music player app, whose controls (play/ pause, previous/ next track buttons, etc) move to the pop-up display area and album art can be shown in full on the bigger display. Another option shown in the images keeps the controls at the bottom and shows the album art towards the top.

Another set of images shows the smartphone will be able to run two separate apps in the two portions of the screen. The images show an example where the music controls are still on the top, in the smaller portion of the display. The bigger display, on the other hand, has the interface of an payment app. The extendable display can also be useful for notifications — one of the images show that users reading a news story (with the display rolled) can bring the message to the primary screen when they get a notification and the display will unroll itself to put the news story on the top portion. Users will be able to move apps between the smaller and the bigger display portions using finger gestures, the images show.

It is not yet clear when this display design will be implemented on a smartphone, but it does seem to be a practical use of a flexible panel. Of course, rigorous testing will need to be done to ensure the flexible display works as advertised and the moving parts do not accumulate dirt and dust otherwise we may end up with another Galaxy Fold-like debacle on our hands.