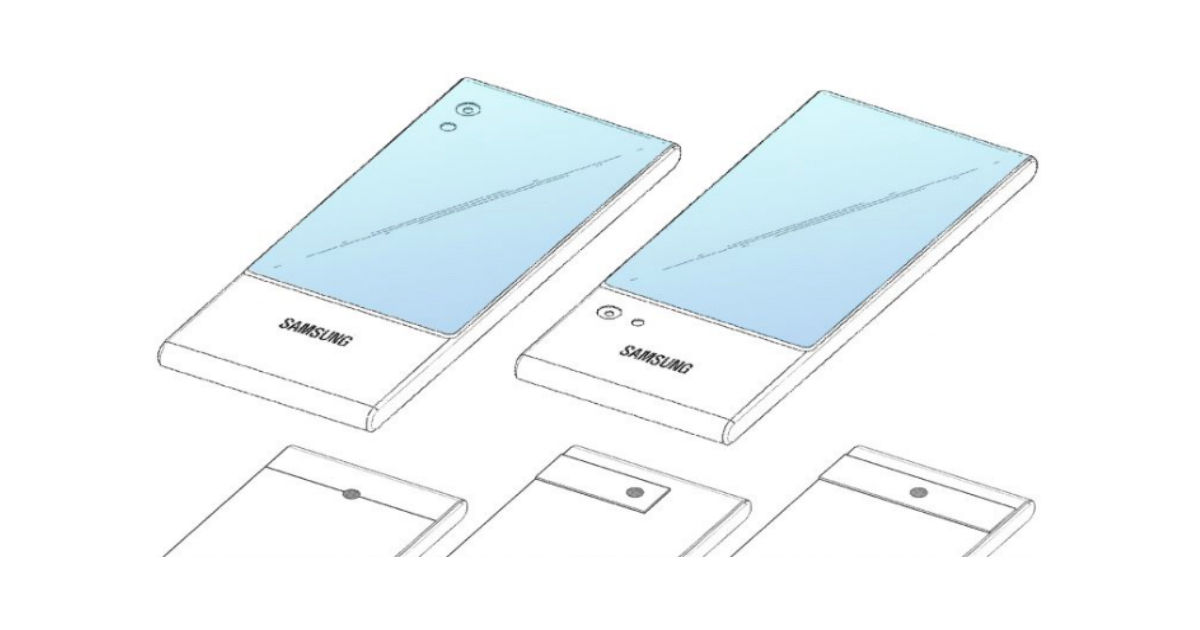 While a foldable tablet and Galaxy Fold successor with an 8-inch double-fold display are said to be in the works, Samsung seems to be prepping a smartphone with a ‘wraparound display’. The South Korean giant has filed patent for a smartphone, which it calls a phone “multi-plane” display, back in October 2016 with the the United States Patent and Trademark Office (USPTO). The patent application describes it as a “phone with multiple displays and method for controlling same.” The patent has been approved and was published on April 25th 2019 on the WIPO database.

The Samsung patent describes a smartphone with a display on both front and back and can be used simultaneously. The handset said to have three display parts which are merged into a single screen; the display surface extends through the top, up to 3/4th of the back and one on the front. Since it will be placed in a bracket, the phone will retain a fixed shape. Though the patent sketches showcase a physical home button, it could be a virtual button that only pops-up when needed. The phone can click selfies directly from the primary camera on the rear, thanks to the second screen, hence might be no need for a dedicated selfie snapper.

Just like Air Gestures on the LG G8 ThinQ, the patented Samsung phone will allow users to send various commands to the rear display using hand gestures at a distance of 2 to 5cm from the screen. While the patent design doesn’t include a slot for a stylus pen, the description does mention the use of it. This means users can interact with the screen using gestures and stylus as well. The display at the top can function as a notification bar to show general information. The possibilities with such a wraparound display are countless, and if the patent ever takes a true form, Samsung will be joining Vivo NEX 2 with its own dual display smartphone.