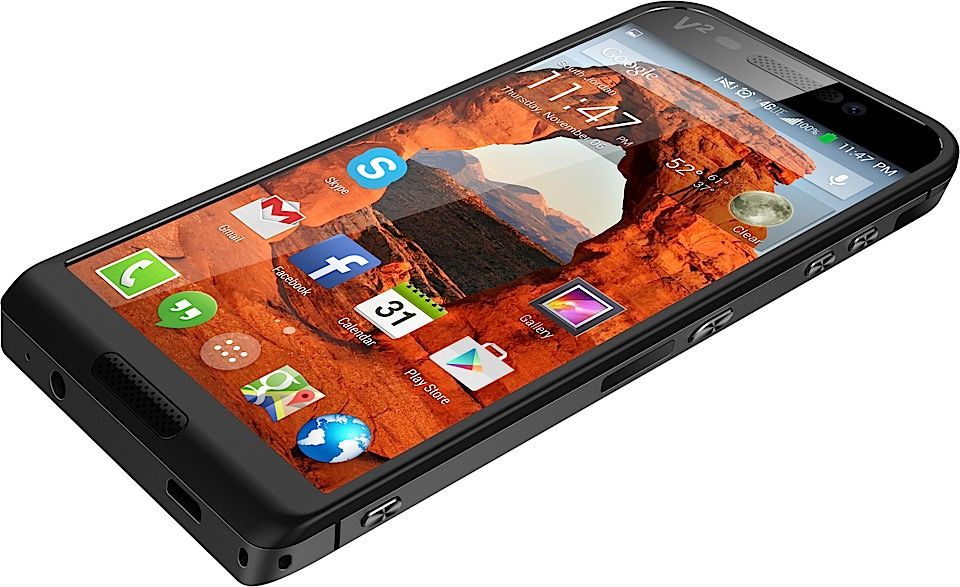 Saygus, a US-based smartphone maker has unveiled its latest smartphone at CES 2015, the Saygus V2. The device comes with 64GB of internal memory, and if you think that’s not enough, it is equipped with dual microSD card slots, which let you expand the memory further up to 320GB. In addition, the Saygus V2 is offered with root access, allowing developers to create a different OS to be installed on the internal memory. Along with the multi-boot capability, the device allows users to boot a separate OS from a microSD card as well.

From the vendor, the Saygus V2 runs Android 4.4.4 KitKat. It flaunts a 5-inch full-HD edge-to-edge display with a layer of Corning Gorilla Glass 4. The phone is powered by a 2.5GHz quad-core Qualcomm Snapdragon processor, coupled with 3GB of RAM. It has a 21MP rear camera with dual-LED flash and 13MP front snapper, which both come with autofocus and Optical Image Stabilisation. The other main highlights of the smartphone include a fingerprint sensor, IPx7 certification for waterproofing, Harmon/Kardon speakers, 4G LTE, and a 3,100mAh battery.

There’s no word on the pricing of the Saygus V2, but reports suggest that the feature-packed Android phone will be priced at $100 less than other current flagship Android smartphones.