91mobiles.com
Home Uncategorized Your phone’s cracked screen may soon be able to repair itself, thanks...
Highlights 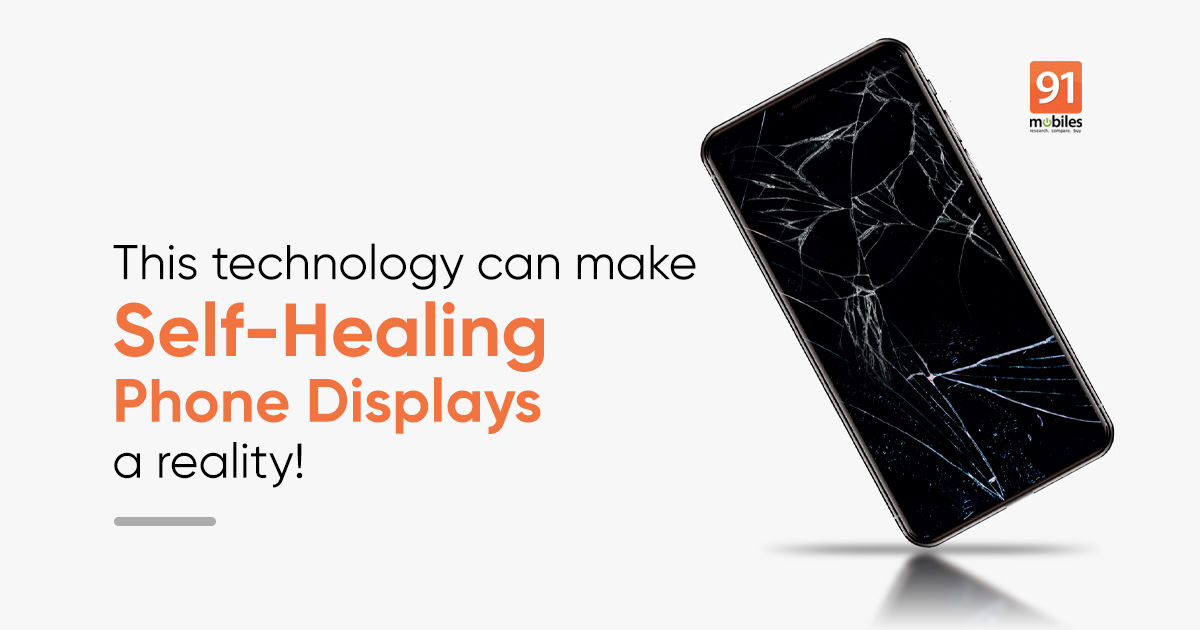 Over the years, we’ve seen smartphones use just about everything, ranging from a variety of plastics to glass sandwiches. A new invention by researchers from the Indian Institute of Science Education and Research (IISc), Calcutta, and the Indian Institute of Technology (IIT), Kharagpur (via Telegraph India) will completely reimagine how we look at smartphones. Not only is the material in question robust but also self-healing, meaning that it can appear any minor cracks and blemishes that form on it when, let’s say, you drop it from a height. Although it isn’t invulnerable to damage, it can easily shake off some minor nicks and cuts.

Strictly speaking, self-healing materials have existed for quite some time. However, their applications are somewhat niche and only recently have begun to enter the mainstream. One of the main flaws with most self-healing materials is that they are very soft. That is understandable, given that they have to absorb some of the impacts before trying to recover. Therefore, they cannot be used to structurally reinforce products. The research team’s finding is quite revolutionary, as the material they have developed is up to 10 times harder than existing materials. 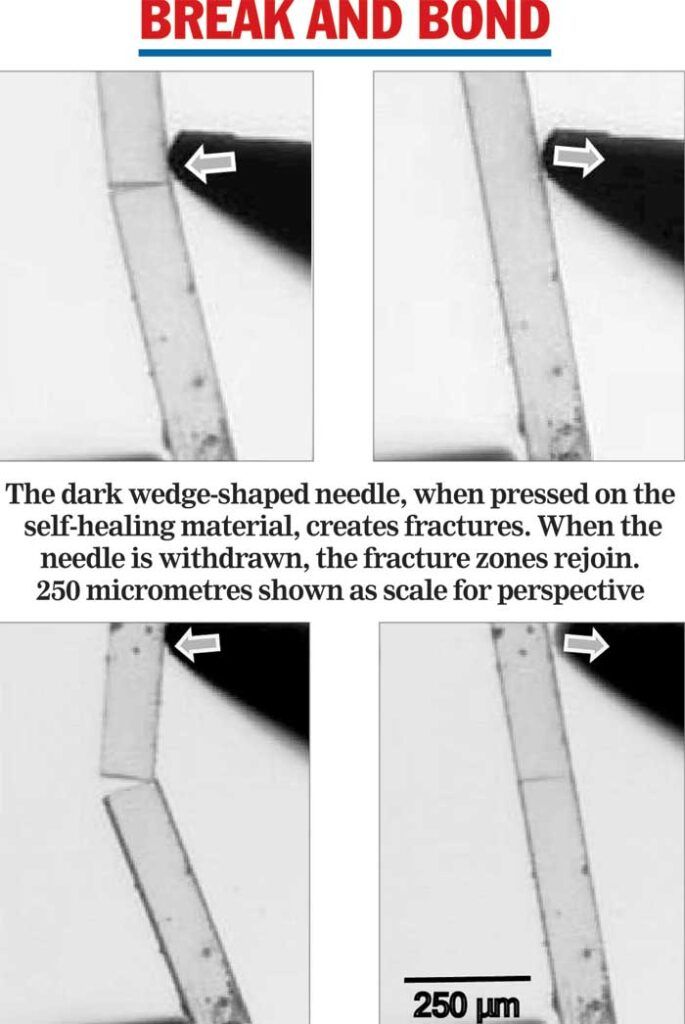 As you can see in the infographic above, the material in question immediately regains its original shape after the external force (applied via the pin) is removed. If you look closely, the material has sprung back into its position, but there is a small crack where it buckled.

Chilla Malla Reddy, the leader of the research team said, “And it has a crystalline structure, a well-ordered internal structure, the favoured structure in most electronics and optical applications.”

The researchers also add that the materials are 1mm to 2mm long and 0.1mm to 0.2mm wide. Their crystalline structure is what aids with the self-healing parts. Any fractures that develop automatically fix themselves due to the strong electromagnetic forces between the molecules. While the use cases for the material could be endless, it’ll take years of research to properly integrate it into consumer electronics, because they are Piezoelectric.

Piezoelectric materials automatically discharge electrons when mechanical stress is applied to them. This opens up it to be used in a variety of industrial and commercial applications such as smartphone screens. However, one has to be careful around components that are highly sensitive to electronic interferences. A few microamperes of extra current here and there due to a slight nick could wreak havoc in the entire circuit.