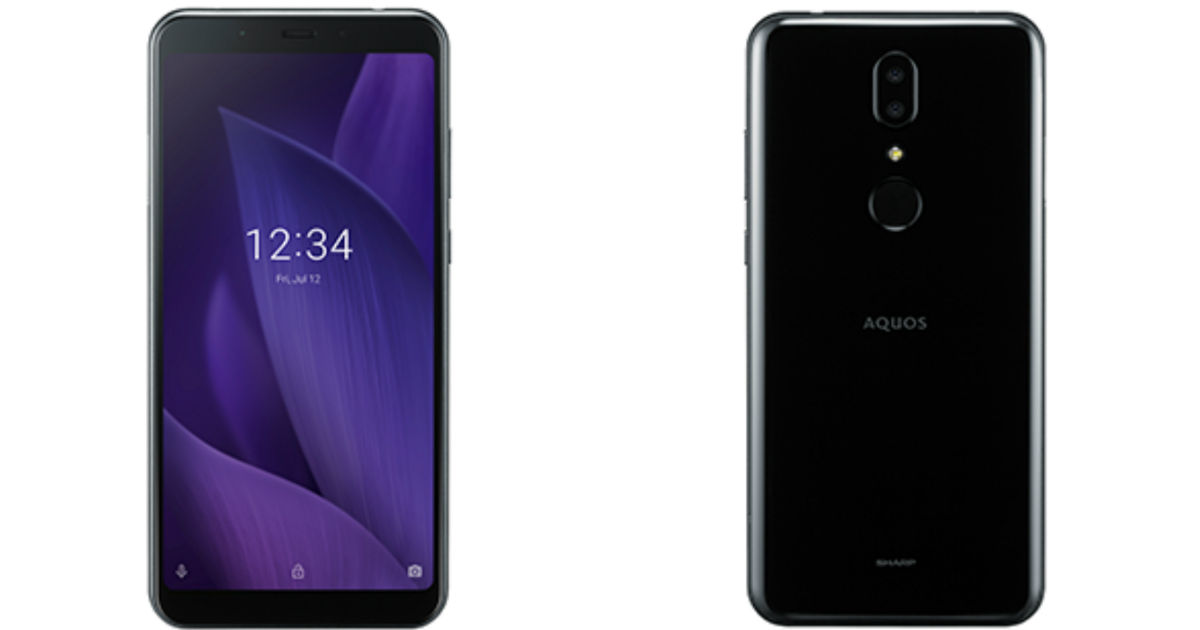 Sharp AQUOS V smartphone has just been announced officially. Interestingly enough, the mid-range handset is powered by the 2017’s flagship Snapdragon 835 chipset and comes with a notch-free 18:9 aspect ratio display. There is a dual camera setup at the back, with Phase Detection Autofocus and OIS support back them. The Sharp AQUOS V runs on Android 9.0 Pie out of the box and packs a modest 3,090mAh battery. The handset measures 157 x 76 x 9mm and weighs around 173 grams.

The Sharp AQUOS V is priced at TWD 6,990 (around Rs 16,500), and the handset is currently on sale in Taiwan in Starry Black colour. However, Sharp hasn’t announced anything about the international rollout.

Sharp AQUOS V sports a 5.93-inch full HD+ IPS LCD display with 2,160 x 1,080 pixels resolution and is powered by the Qualcomm Snapdragon 835 SoC coupled with 4GB RAM and 64GB internal storage that is further expandable via microSD card. The Sharp AQUOS V runs on Android 9.0 Pie out of the box.

In terms of optics, the Sharp AQUOS V features a dual-camera setup with a 13-megapixel (F/2.0 aperture) primary sensor main with OIS and a secondary 13MP sensor. On the front, there is an 8MP snapper for video chats and selfies. There is a rear-mounted fingerprint sensor for security. A 3,090mAh battery fuels the phone through USB Type-C port. Connectivity features include 4G LTE, dual-band Wi-Fi, Bluetooth 5.0, and GPS.