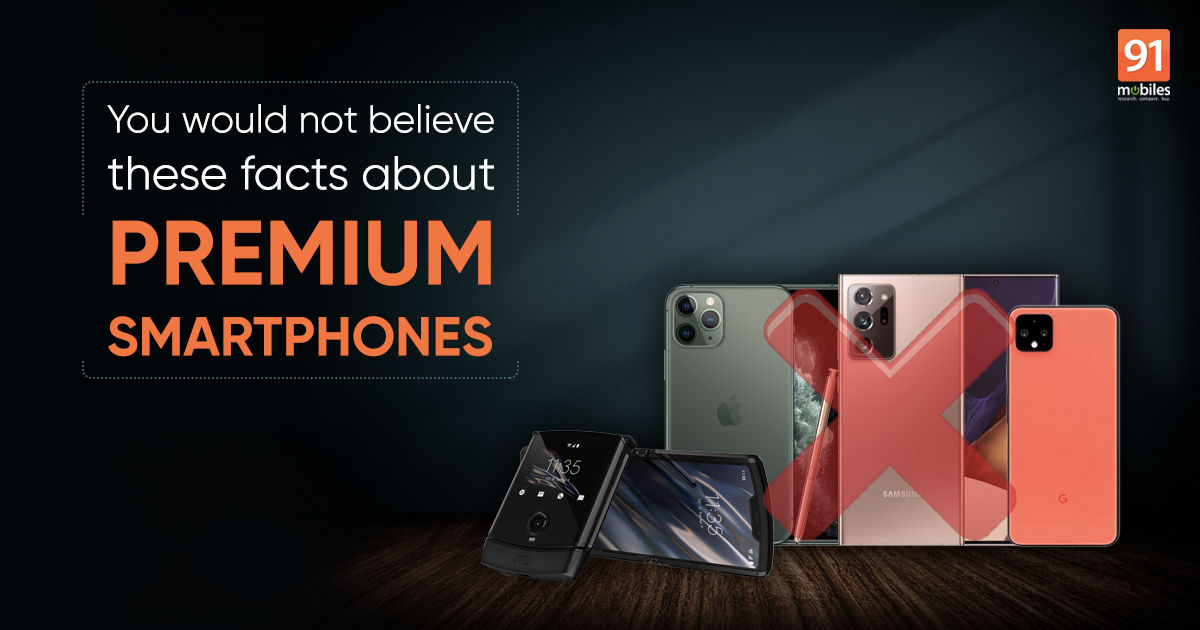 We all take it for granted that if we are paying a premium price for a smartphone, it would come with benefits befitting of the price tag. However, you would be shocked to learn some of the facts about premium-end phones that bring their ‘premium’ nature into question. We are looking at phones like the iPhone 12 series, Samsung Galaxy Note20 Ultra, and others that come with high-end price tags. These are phones that consumers spend a lot of money on but may feel shortchanged later on. The smartphones that we talk about below do not come with some popular features that can be found on affordable phones. Without wasting any time, let’s dive into the list:

iPhone 12 series – No charger and earphones in the box

The iPhone 12 series was launched earlier this week with 5G being the headline feature for all four models in addition to OLED displays and a new design language. But Apple made some bold decisions as well. No, we’re not talking about the fact that the iPhone 12 phones don’t come with high refresh rate displays, though that is unfortunate as well. We’re talking about the fact that Apple has decided to ship the iPhone 12 phones without a charger and earphones in the box. Now, Apple says the move is keeping the environment in mind, but it also seems like a cost-cutting decision to offshoot the cost of adding 5G.

Moto Razr 5G is probably the coolest-looking phone in the market right now and there are many who pointed out that the phone offers much better hardware than its predecessor from last year. However, it definitely comes as a shock when you realise that the phone costs Rs 1,24,999 and ships with the Snapdragon 765G chipset. This is the same processor that also powers the OnePlus Nord, which costs exactly Rs 1 lakh less than the Moto Razr 5G and is essentially a mid-range offering from OnePlus. For all the futuristic foldable phone design of the Motorola Razr 5G, the hardware certainly doesn’t match up.

Google Pixel 4 never made it to India, which is probably a good thing as it offered some questionable features. While many smartphones moved on to 120Hz displays, the Pixel 4 maxed out at 90Hz. However, that is not the shocking part. The shocking aspect is that Pixel 4 offers an adaptive 90Hz display refresh rate. The handset drops down to 60Hz refresh rate if the display’s brightness goes below 75 percent, which might be too bright for many anyway. Pixel 4 users outside can go to developer settings and force the 90Hz as the default refresh rate but this is just a workaround and a phone that costs so much should not come with this issue.

Moto Edge Plus – Does not feature IP68 dust and water resistance

Imagine buying a high-end phone that accidentally falls into the pool and refuses to work thereafter.The Moto Edge+, despite being one of the most expensive phones in the market at around Rs 72,000, does not feature IP68 dust and water resistance rating. We are not saying that the Moto Edge+ would not survive an accidental splash in the water, or that it would, but the lack of this safety certification definitely leaves things up in the air and when you are buying a flagship phone, at least this should not be your concern.