Home Feature Should you buy the iPhone 13 or wait for the upcoming iPhone... 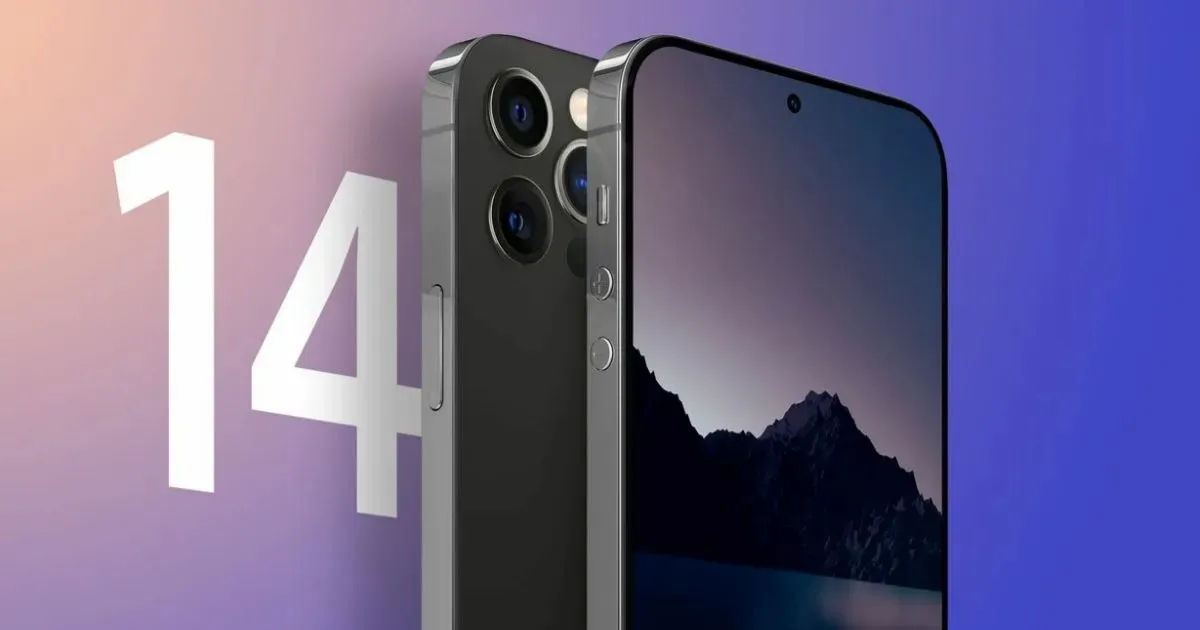 The Apple iPhone 14 is Apple’s next generation smartphone, and according to industry reports, could be unveiled on September 7th. The device is expected to offer a number of changes to Apple’s established iPhone lineup, including the inevitable retirement of the ‘mini’ iPhone. With new design elements, performance and camera overhauls, the iPhone 14 series could offer an interesting mix of new features and typical, Apple-like consistency.

On this note, we take a look at whether the upcoming iPhone 14 could be worth waiting for, or if you should simply get yourself an iPhone 13 series smartphone, at a discounted price which may be in the reckoning.

iPhone 14 will launch with an all-OLED display lineup, much like iPhone 12 and 13-series. Reports have claimed that there will be four variants of the iPhone this year, but the ‘mini’ version will finally be discontinued. Instead, we will see a standard version, an iPhone 14 Max or iPhone 14 Plus, and iPhone 14 Pro and iPhone 14 Pro Max. 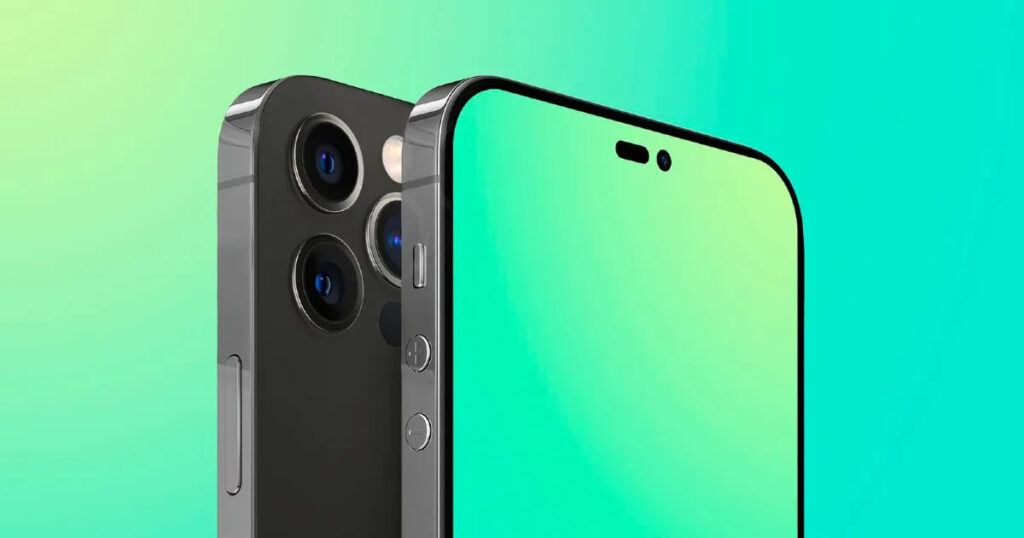 Of these, the iPhone 14 and 14 Max/Plus are tipped to get LTPS OLED displays with up to 90Hz refresh rates. However, these devices would not get variable refresh rate, and would therefore not get the expected Always-on Display (AoD) feature in them. These two variants are also expected to retain the same, wide notch design as seen in present gen iPhones.

The iPhone 14 Pro and Pro Max, however, are tipped to get LTPO OLED displays with 120Hz variable refresh rate displays, with support for AoD. These two are also expected to debut a new notch design, with a single drill-hole slot for the front camera, and an elongated pill like slot to house the Face ID apparatus.

The front camera is expected to get wider aperture lenses of f/1.9, instead of the f/2.2 lens seen so far. This could be combined with autofocus on front cameras to make selfies and video calls uniformly better across all iPhone 14 variants.

Practically speaking, while the notch design change may not make a big difference, the display upgrade could be a key factor. The standard iPhone 13 still uses a 60Hz LCD display, which is outdated by present generation flagship smartphone standards. Even if you upgrade to a standard iPhone 14 with a 90Hz OLED display, you could get a richer display that is smoother and saves considerably more battery than the present iPhones.

While the standard iPhone 14 and 14 Max/Plus may get the same dual camera setup at the rear with two 12MP cameras taking standard and wide-angle photos and videos, the iPhone 14 Pro and Pro Max could finally get a 48MP high resolution main camera, along with the additional telephoto and ultra-wide units. 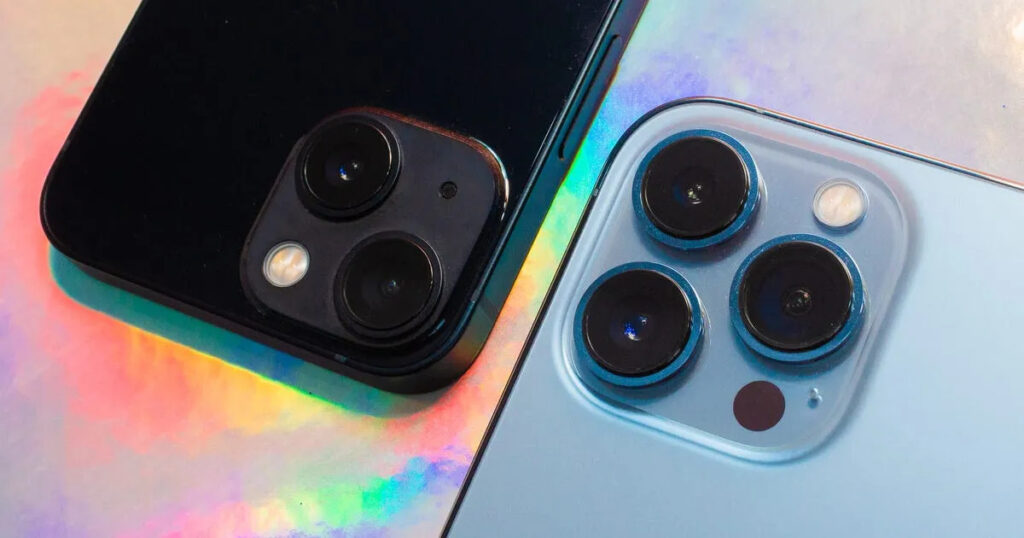 There hasn’t been much noise regarding the battery capabilities of the new iPhones, suggesting that there might not be too many changes on this front. However, the use of OLED displays on the standard iPhone variants mean that Apple could eke out better battery life – particularly on the iPhone 14. While the iPhone 14 Max will also likely get an OLED display, it replaces the frugal iPhone 13 mini in the lineup – so battery life differences may not be really apparent.

In terms of connectivity, Apple is largely tipped to retain its Lightning port this year, and not switch to USB-C. While that is slightly disappointing to hear, Apple is said to be offering satellite-based emergency connectivity to reach out to emergency contacts via basic messaging, if you are at peril or in a no-network area for long hours. Overall, though, the iPhone 14 series will likely retain similar offerings in the battery and connectivity front, as the iPhone 13 lineup.

The one change that is essentially certain is the use of the A16 Bionic SoC, which will bring performance and GPU upgrades over the A15 aboard the iPhone 13 series. It is important to note that while the iPhone 14 Pro and Pro Max are tipped to get the A16 Bionic SoC, the standard iPhone 14 and 14 Max are expected to still use the A15 chip. As a result, if you are eyeing one of the latter two, there will not be a big performance difference in comparison to what the iPhone 13 series already offers. 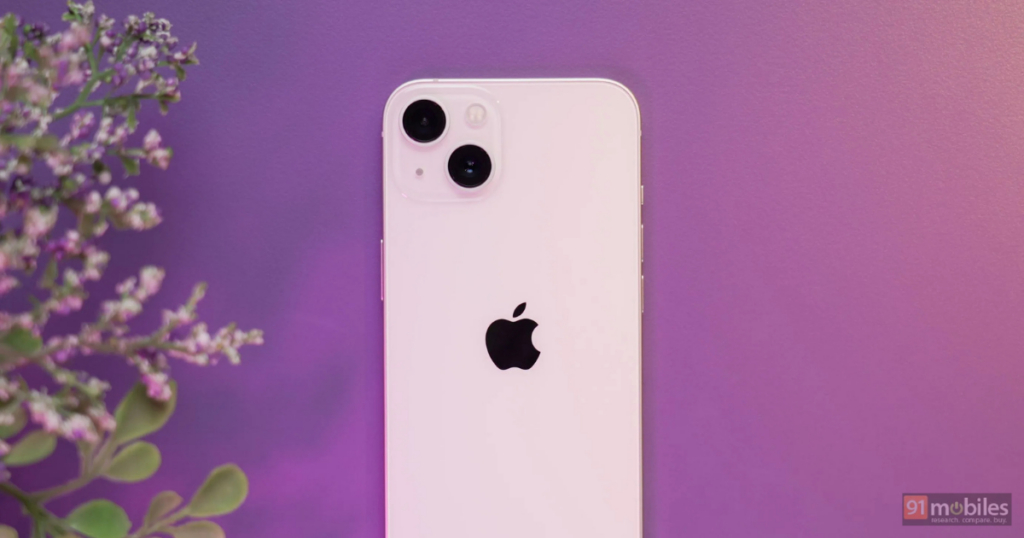 A market report suggested that the iPhone 14 Max could be priced at $899 for its base variant, with 128GB storage. If Apple’s present prices are indicative, then the standard iPhone 14 may therefore start at $799, or Rs 79,900 in India, for its 128GB version – the same as the present iPhone 13. This also means that the base entry price of the new iPhone range would increase, since the iPhone 13 mini started at Rs 69,900 in India.

For the Pro models, reports claim that Apple will withdraw the base 128GB storage variant for both iPhone 14 Pro and Pro Max, and offer 256GB as the minimum storage on Pro iPhones. However, the 256GB variant will still cost the same as before, which suggests that the iPhone 14 Pro could start at $1,099 (or Rs 1,29,900). While this technically means that the Pro iPhones would cost the same, the price of the entry point to the Pro iPhones would likely go up this year.

For interested users, the iPhone 13 series already has a number of discounts as part of stock clearance efforts from Apple. On Amazon India, the iPhone 13 presently has an 11 percent discount on its MRP, bringing its price down to Rs 70,990 for the 128GB storage variant. This can be further clubbed with exchange offers of up to Rs 12,750. Further discounts are expected on the iPhone 13 as we head closer to the launch and the festive season. If you’re looking for a steal deal on an iPhone, grabbing the iPhone 13 at a discount is the way to go. We’ll keep you posted on that.