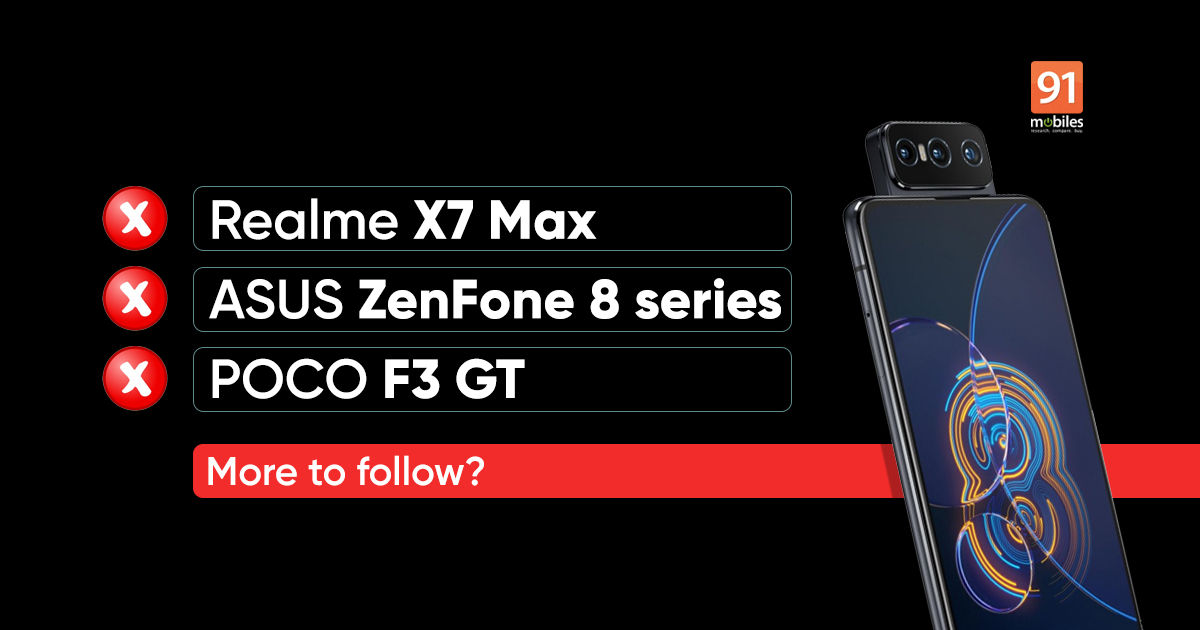 The last two months have been jam-packed with smartphone launches in the Indian market. As the first wave of COVID-19 seemed to subside in the country, smartphone manufacturers took the opportunity to bring as many models as they can to revive the sales. A total of 22 new smartphones were launched in March this year and a jaw-dropping 26 new handsets made it to India in April. However, that won’t be the case going further, at least for the next few months. Major smartphone manufacturers including Asus, Realme, POCO, Micromax, and Vivo are delaying smartphone launches due to the second wave of COVID-19.

Smartphone launches postponed due to COVID

The month of May is usually when we see the highest number of smartphone launches in the Indian market. Bringing new products into the market during this period of time gives the brands good momentum for the festive season (Diwali), which is when people buy new products in the country. In May 2018, there were around  42 smartphone launches and in May 2019, the country witnessed around 30 new smartphones. However, that isn’t the case this month.

So far, around nine smartphone launches have been planned for May 2021, including the Realme X7 Max, ASUS ZenFone 8 series, POCO F3 GT, and more. The limited number of smartphone launches this month is due to the second wave of COVID-19. Due to the COVID-19 pandemic, the demand for smartphones has dropped significantly. Moreover, the brands have been facing a shortage of raw materials and transportation issues due to lockdown in various parts of the country. Owing to these reasons, smartphone manufacturers are delaying launches in the Indian market.

The ASUS Zenfone 8 series global launch is on May 12th and the company was probably planning to launch the series in India around the same time. However, the brand has delayed the launch of the smartphone lineup saying “ASUS India’s top priority in these challenging times is the safety of our customers, partners, employees and all other stakeholders in the fight against the virus. Hence we have consciously decided to defer the launch until the current scenario improves.” The brand is yet to announce a revised launch date of the Zenfone 8 series.

Realme was supposed to launch the Realme X7 Max in India on May 4th. But the brand has delayed the launch of the device due to the COVID-19 situation in the country. The brand is yet to reveal a revised launch date for the smartphone.

Xiaomi’s sub-brand, POCO, has also decided to delay the launch of its upcoming smartphones. Commenting on the situation, Anuj Sharma, Country Director for POCO India, said “With an intent to cause minimal disruption in our community’s lives, we have consciously decided to not launch anything in the month of May and wait for the current scenario to improve. We understand that these are extremely challenging times for all of us.” The upcoming POCO phone was likely the rumoured POCO F3 GT, which is a rebranded Redmi K40 Gaming Edition.

Vivo, one of the major smartphone players in the country is said to be reconsidering the launch timelines for its upcoming smartphones. Even the India-based smartphone manufacturer, Micromax, has said that it will be delaying the smartphone launches to prioritise the health and wellness of its employees.