91mobiles.com
Home News Half of premium smartphone buyers in India plan to spend over Rs... 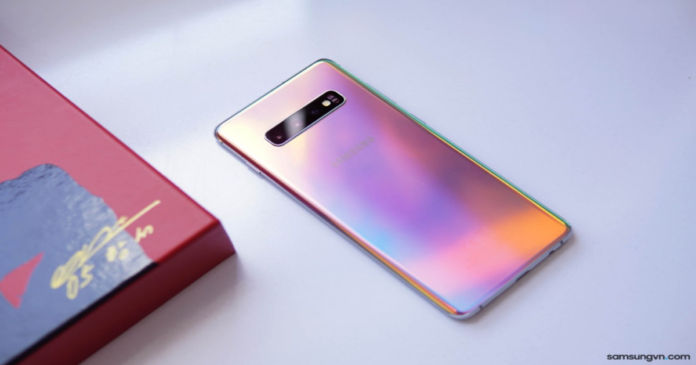 A recent market survey report on smartphones and smartphone buyers purchasing devices priced at Rs 20,000 and above has revealed that over 50 percent of the respondents are willing to spend over Rs 40,000, when they buy their next smartphone. However, there may soon be a slowdown in the Indian smartphone market, with the survey claiming that the average device usage cycle among users of premium smartphones stands at just over two years.

Pavel Naiya, senior analyst at Counterpoint Research, stated, “The Indian market has been growing at a healthy rate. There is a close competition between Samsung and OnePlus in the premium segment. Our survey reveals Samsung users replace their smartphones slightly faster than average while OnePlus users hold onto their devices for a bit longer. Almost six out of ten Samsung users are interested in replacing their smartphone within the next year. About four out of every ten users of OnePlus plan to buy a new smartphone in the next year.“ 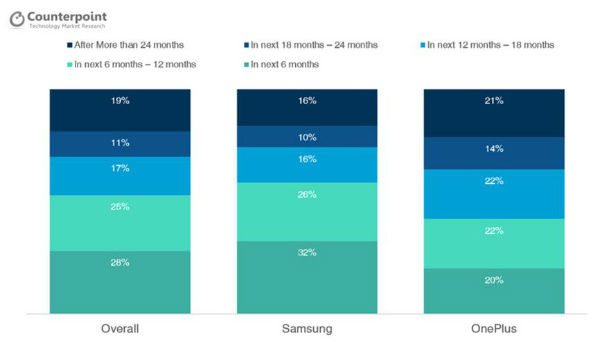 The survey, which spanned 800 users in India, further revealed the steadily increasing spending pattern of Indian users. More than 50 percent of all the respondents stated that they plan to purchase a “premium” smartphone within the next 12 months, i.e a smartphone priced above Rs 20,000. According to the data, nearly 20 percent are willing to spend over Rs 60,000 on a smartphone within the next two years. The survey respondents have also voted for dust and water resistance as the most important feature that they are looking for in a premium smartphone, along with in-display fingerprint sensor, face recognition, and multiple cameras being the next key features.

Tarun Pathak, Associate Director at Counterpoint Research, further stated, “Longer battery life along with fast charging, higher memory storage, new designs, and multiple cameras are the other key features which will influence future purchase decisions. Punch hole displays and foldable displays are yet to make any significant impact on consumers minds in India.“

While Samsung and OnePlus continue to lead the market and Apple continues to struggle in India, Counterpoint states that brands such as OPPO, Vivo, and Huawei have seen considerable rise of interest among smartphone buyers in the country, who are attracted by their performance, imaging abilities and future-forward features such as pop-out mechanism, full-screen display, and so on.