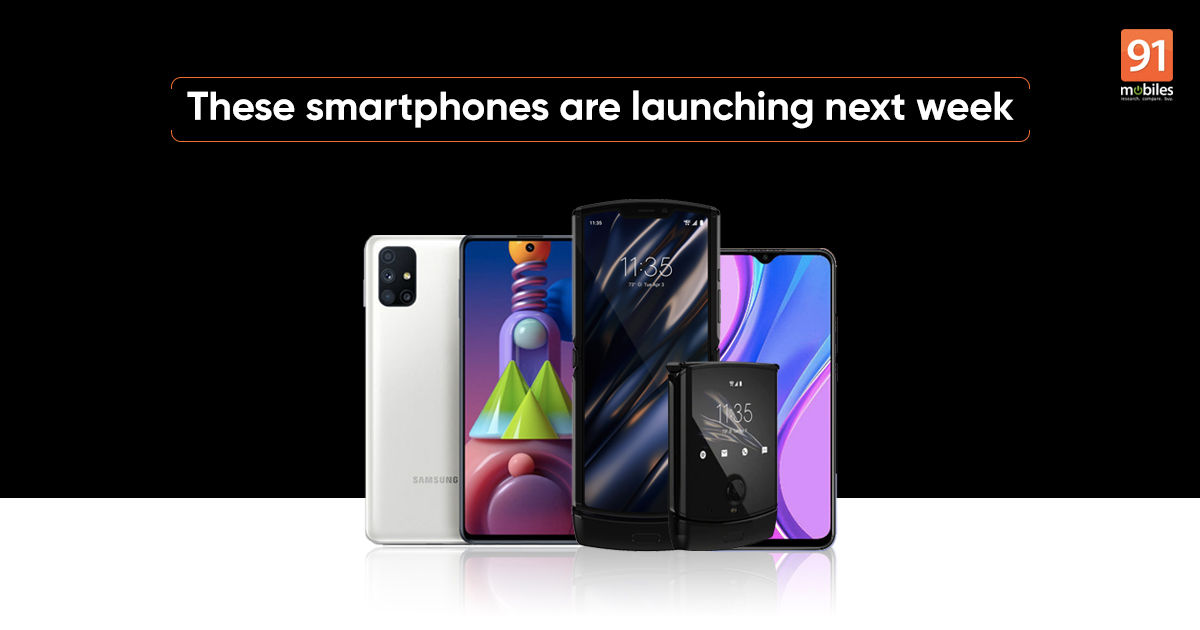 After an eventful week which saw the launches of the Realme X7 series, Realme V3, Redmi 9A, OPPO F17 series, Realme 7 series, and Samsung Galaxy Z Fold 2, we now turn towards week 2 of September. Next week will see more new smartphones launch in India and globally. Samsung plans to launch the Galaxy M51 in India while Motorola will unveil the successor to the Moto Razr foldable phone. Meanwhile, POCO plans to announce two new smartphones next week, called POCO X3 and POCO M2.

On Thursday, September 10th, Samsung will launch the Galaxy M51 in India. The smartphone has already gone official in Germany, so we know its design and specifications. The Samsung Galaxy M51 comes with a 6.7-inch FHD+ sAMOLED+ display with a punch-hole cutout for the selfie camera, a 64MP quad-camera setup, and 25W fast charging support. The USP of the phone is that it packs a whopping 7,000mAh battery. The Samsung Galaxy M51 is powered by the Snapdragon 730G chipset.

POCO M2 will launch in India on September 8th and is set to be the brand’s most affordable phone yet. As the name suggests, POCO M2 is a toned-down version of the POCO M2 Pro that was launched in India back in July. The upcoming POCO M2 is confirmed to be the most affordable 6GB RAM phone in India. Additionally, the company has revealed the phone will come with an FHD+ waterdrop display. More details about the smartphone are expected to be revealed in the days leading up to the launch.

A day before the POCO M2 India launch, the company will be announcing the POCO X3 globally. The smartphone will succeed the POCO X2 in the affordable mid-range segment. Ahead of the launch, POCO has already confirmed that the POCO X3 will be powered by the Snapdragon 732G chipset. The phone will also come with a 120Hz display, 64MP quad-camera setup, and 33W fast charging support.

Motorola will be announcing the Moto Razr 5G foldable flip phone on Wednesday. This will be a slightly updated version of the current Moto Razr. While the design of the flip phone is expected to be the same, the internals will be upgraded and will include a 5G-enabled chipset, likely the Snapdragon 765 SoC. The phone will also come with 8GB RAM, 256GB internal storage, a 2,845mAh battery, and a 48MP camera, as per reports.

These are the phones that are confirmed to launch next week, but there may be a few surprise launches as well. OEMs may also unveil non-smartphone products. For example, Xiaomi plans to launch the Redmi Smart Band in India on September 8th. 91mobiles will bring you the latest information on these launches, so stay tuned to this space for more.