Home Feature 6 phones with innovative backs, just like the Nothing Phone (1) 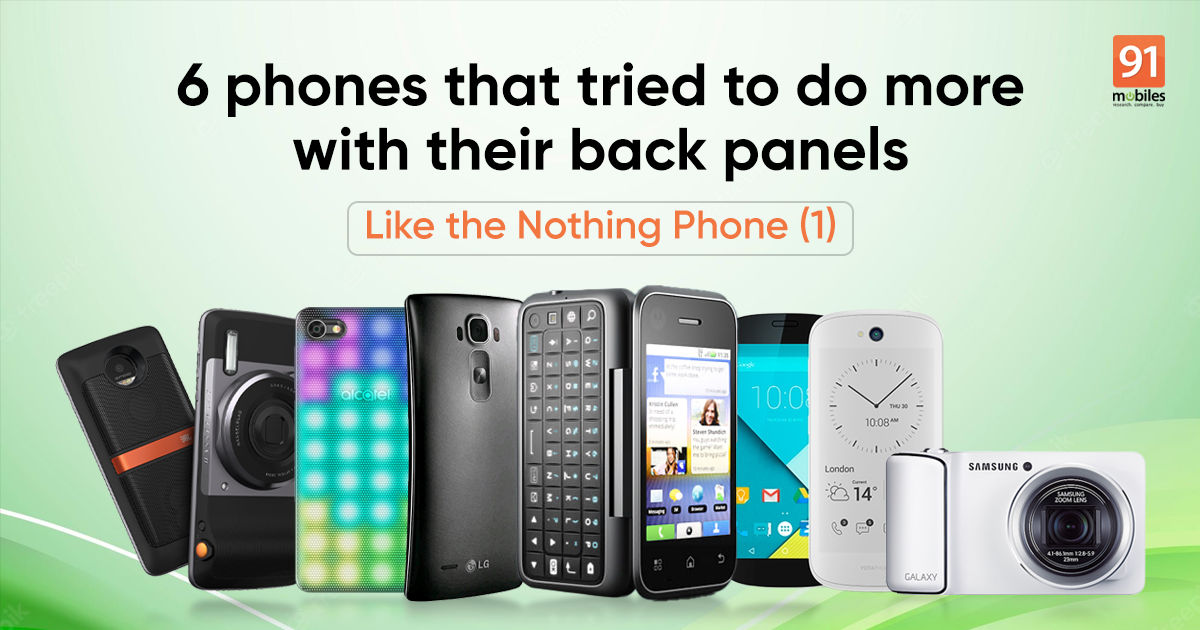 It might have some impressive specs and turn in a great performance, but right now the most intriguing aspect of the first phone from OnePlus co-founder Carl Pei’s new venture, Nothing, is its back. The back of the Nothing Phone (1) is not only semi-transparent but also comes with 900 LEDs, which light up in different patterns, depending on what is happening on the phone. It has been a while since we have seen the back of a phone get so much attention for a reason other than colour or finish. That said, it is certainly NOT the first time we have seen the back of a phone get this hyped. They might not have set sales records, but the following devices certainly put their backs to the front when it came to marketing: 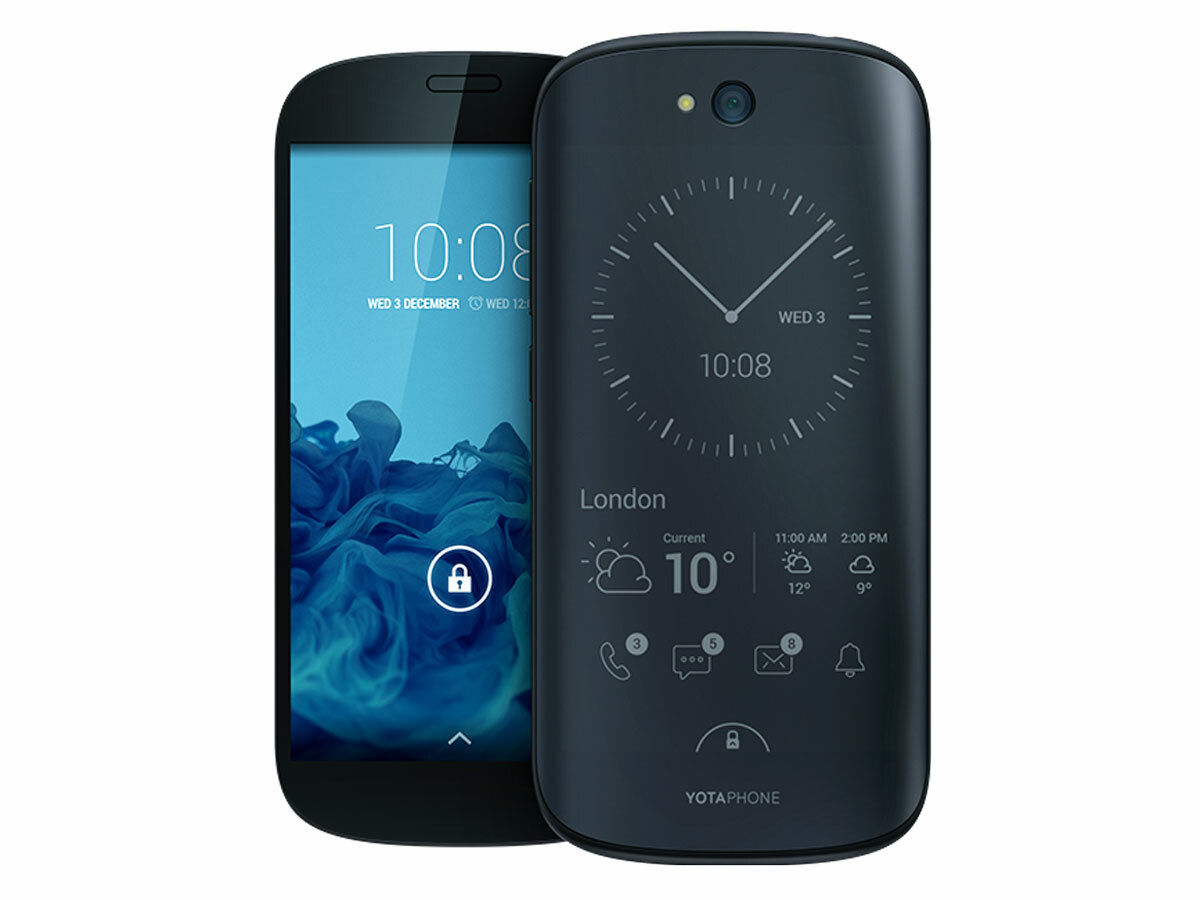 Seldom has the back of a phone delivered as much value out of the box as the one on the Russian YotaPhone 2 in 2014. The front itself was impressive – a 5-inch AMOLED full HD display but it was the back that grabbed all the eyeballs. That was because it was a full-fledged 4.7-inch grayscale e-ink display. And it was very functional too. You could check mail, see notifications and of course, read books and articles on it – making many refer to it as the phone with the Kindle. The concept of the YotaPhone 2 was simple – you could use the e-ink display which consumed very little battery for reading tasks and switch to the AMOLED one only when you need things like video or colour. When you used the main colour display, you could customise the back to appear very artistic with some fun wallpapers and widgets. And it worked quite amazingly well too, although users had to put up with the fuss of having two display protectors. Unfortunately, sales did not quite take off. 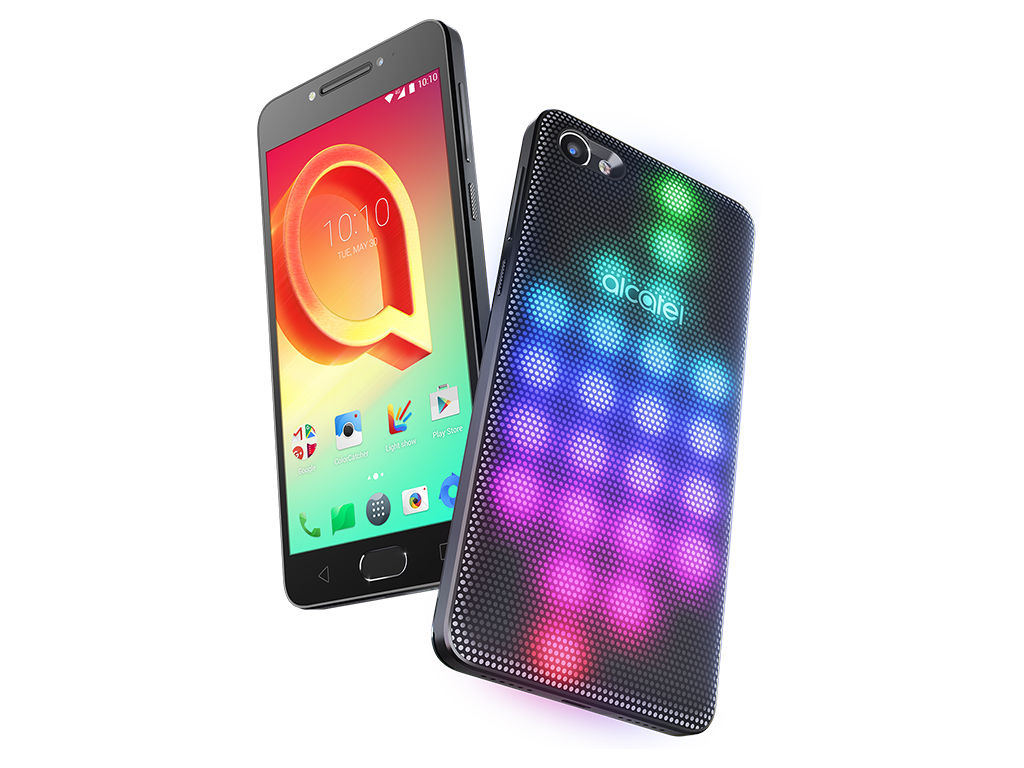 Nothing was not the first brand to get the idea of putting a lot of LEDs on the back of its phone. Alcatel did so in 2017, although it used a mod for the purpose. The Alcatel A5 LED was a solid mid-segment phone in all regards – 5.2 inch HD display, MediaTek mid-segment chip and so on. In its box, however, came a bundled LED cover called the Lightup+. Slapping it on the back of the phone totally transformed it into something right out of a discotheque. The cover had an array of LEDs on it, and they were of different colours as well. They lit up in different forms and patterns as per the music being played and could also be connected to different contacts, so that you would get to see a particular pattern when a certain person called you. It was insanely cool and an eye-catcher but unfortunately, did not go beyond that.

Motorola BackFlip — keyboard and touchpad on the back 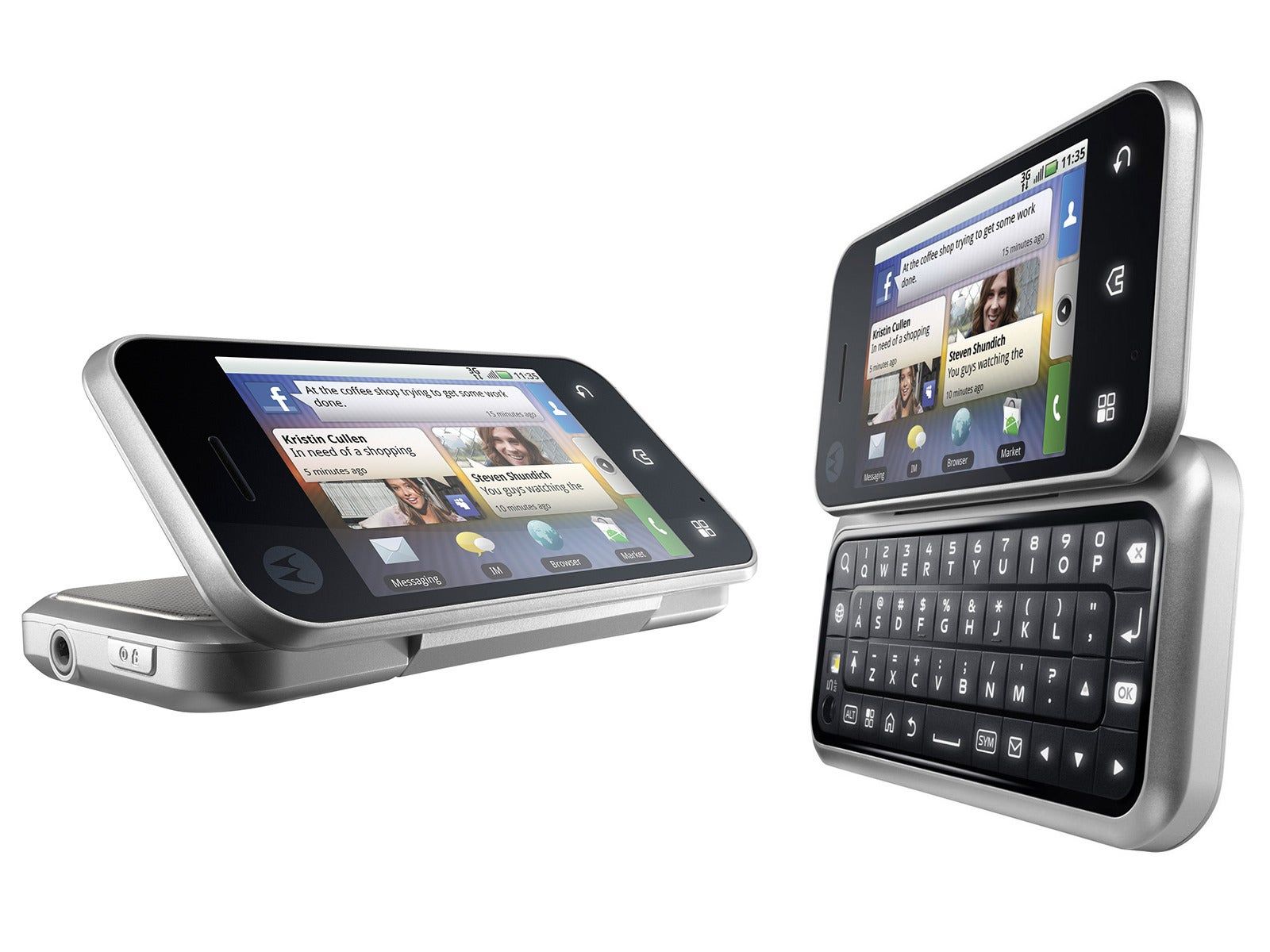 Motorola tried to do a lot more with the back of a smartphone with its Moto BackFlip in 2010. It was definitely the sort of back that would catch attention. In its normal state, the Moto BackFlip was a touchscreen phone with a 3.1-inch display (those were considered massive back then), and the back of the phone was a full QWERTY keyboard. Yes, the back of the phone had a QWERTY keyboard, but it did not work in that position. The keyboard folded outwards to end up beneath the display and give you a touch and typing experience. The interesting part is that the back of the display then became a touchpad, which you could use for navigating the phone without touching the display. It was pretty cool tech, but unfortunately for it, most people preferred simply touching the display. Motorola did use the back-touchpad in a few other devices, but there were not too many takers for it. 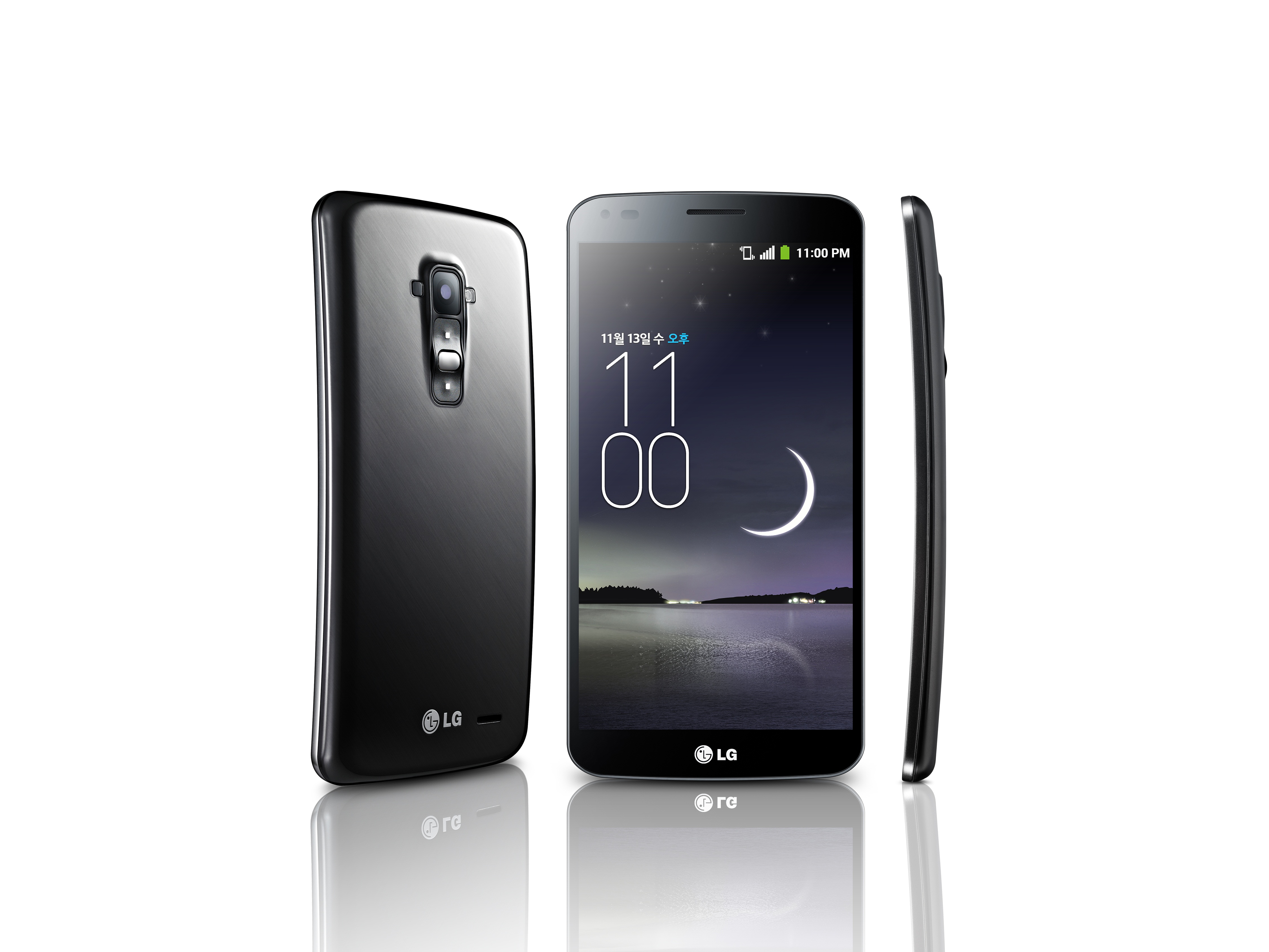 It was known for its slightly curved display, which was a rarity when it was released in 2013, but there was magic on the back of the LG G Flex as well. The phone, like some other LG models, had the volume and power buttons actually located on the back of the phone just below the camera, rather than on the sides – a concept that LG tried on some of its flagships, leading to cleaner sides. However, there was more to the back than power and volume keys and a pretty good camera. The G Flex actually came with what LG termed a “self-healing” coating on the back. What it meant was that minor smudges and scratches gradually disappeared from it by themselves. Sounds amazing? What was even more amazing was that it worked. Small scratches made by us would no longer be there a few days later. It was almost magical but did not catch on, perhaps because of the expense involved. We would love to see it back on the back, and actually, even on the front of most phones – we would save so much on screen protectors and cases.

Samsung Galaxy S4 Zoom — Say cheese to the back, hello to the front 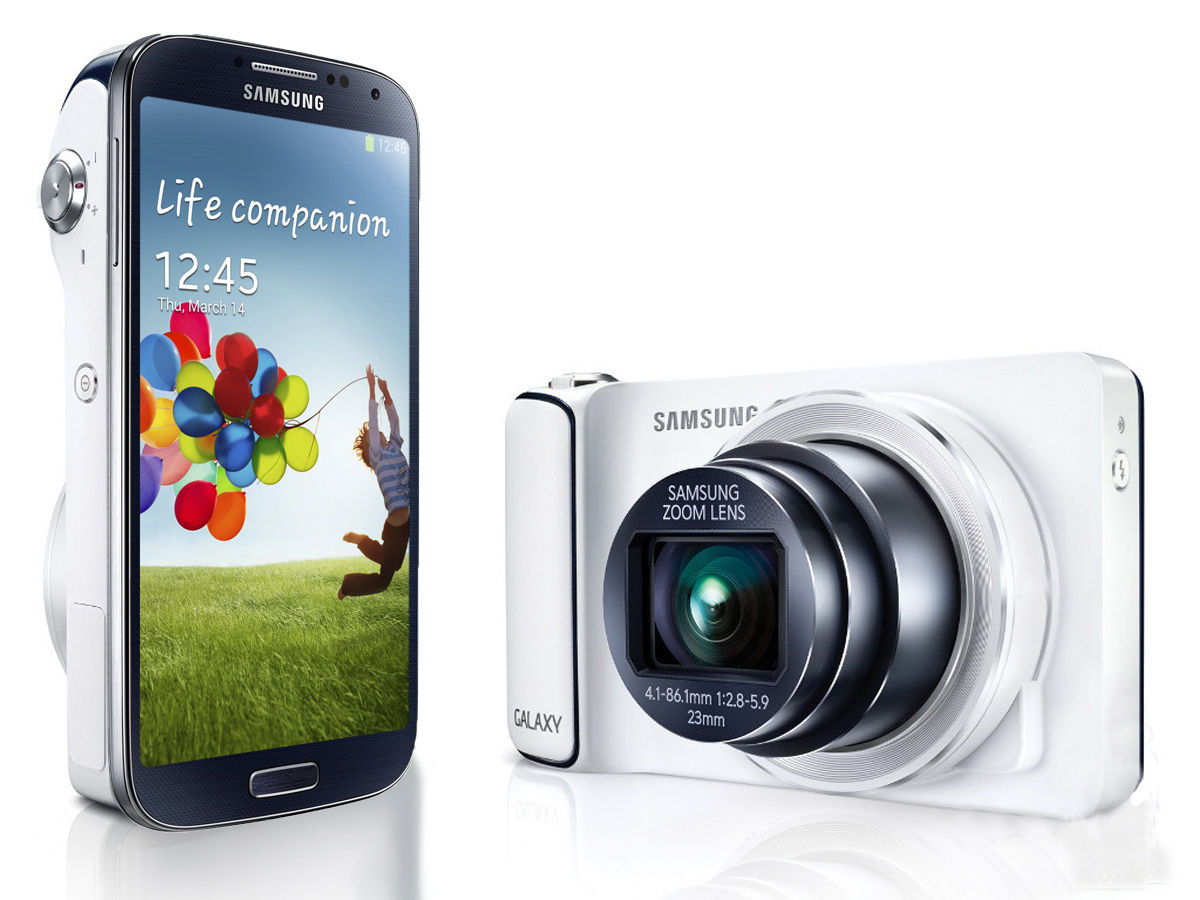 Cameras and phones have been getting along happily for a while now. Even though they may make spec highlights, cameras on phones tend to be tucked into a part of the phone’s back, no matter how hyped they are. Samsung decided to change that with the Samsung Galaxy S4 Zoom in 2013. The phone was literally an Android phone with a Super AMOLED display in front and a proper point-and-shoot camera on the back, with a lens that extended to provide 10X optical zoom, a Xenon flash, a dedicated shutter button and a camera grip. It looked nothing like a camera from the front, and it looked nothing like a phone from the back. It is the closest we have come to having the best of a proper smartphone and a proper camera in one package! 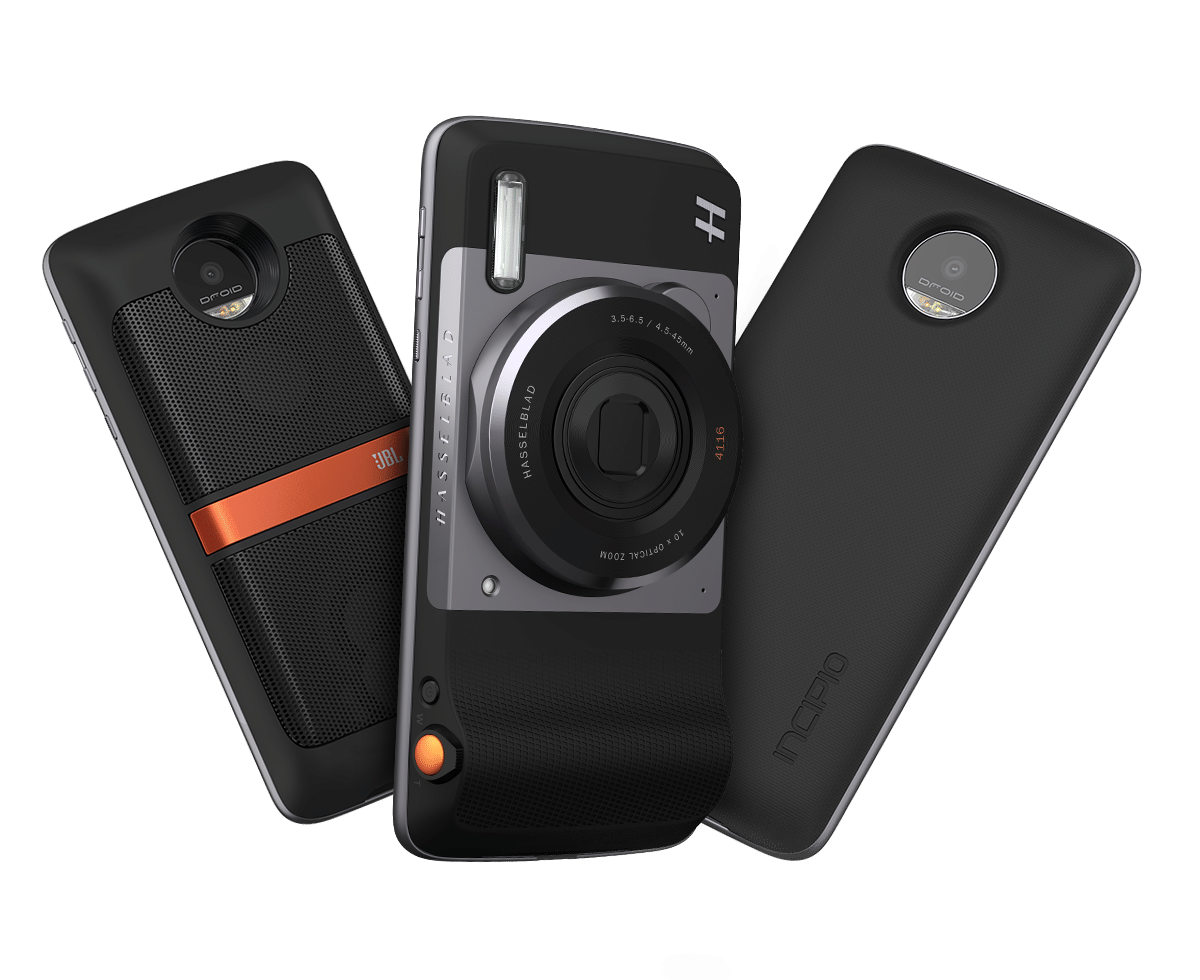 The Moto Z series, launched in 2016, was perhaps the most innovative phone series of its time. Perhaps even of all time. This was because while the front of the phone had pretty much the standard display and the sides had the usual volume buttons and the like, the back actually came with a tiny set of connectors. These let one connect a number of add-ons to the device, called Moto Mods, changing its appearance and functionality, You could make the phone look like a camera (and perform like one too) with the Hasselblad Mod, really pump up the volume with stereo speakers, add more battery life with a battery mod, or maybe simply change the way the back looked with a simple “style shell.” Unfortunately, the trend did not quite catch on, but it remains the most innovative use of a phone back we have seen.

And one more thing… the iPhone has a tappy back too

It is not hyped at all, but the back of the iPhone has got a trick or two up its sleeve as well. If you have an updated iPhone 8 or above (this does not work on iPads and iPod touches), you can go to the Accessibility options and customise what will happen when you tap the back of the phone two or three times. You could use it to lock the phone, mute the phone, open the Control Centre…and so much more. Apple does not talk about it, though. Perhaps because it already has more than enough to talk about.

Best 33W fast chargers for Nothing Phone (1), Pixel 6a, and more