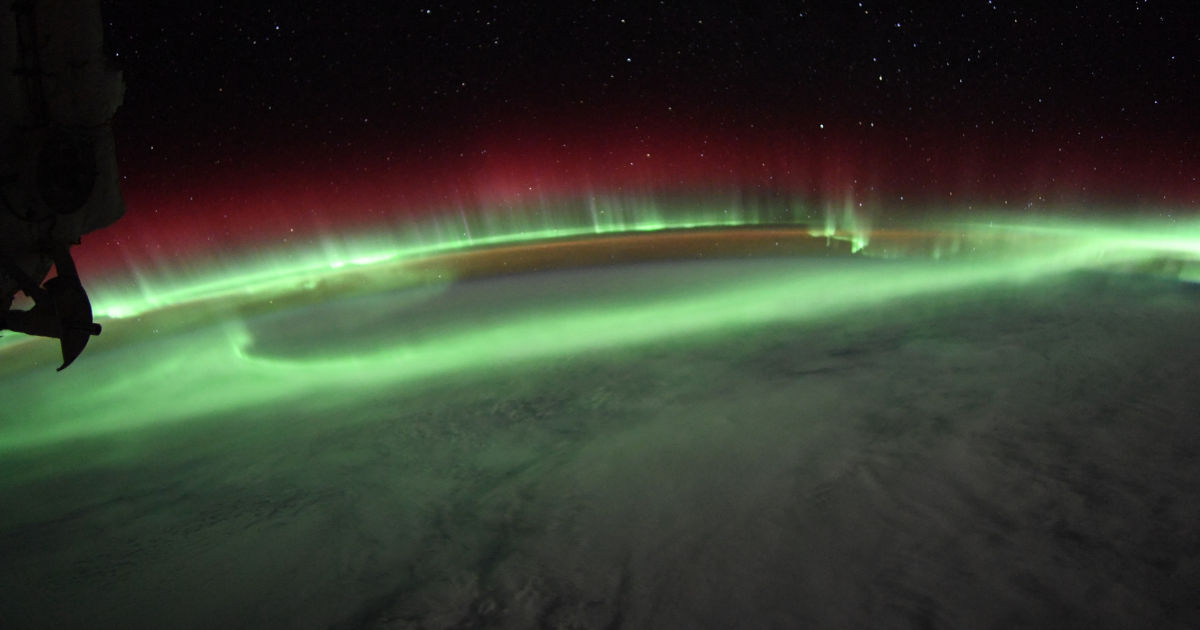 A couple of days ago, news of the sun being busy with Cannibal eruption, creating potential solar storms, made headlines. While space forecasters predicted a minor (G1) to moderate (G2) geomagnetic storm, this solar activity results in a pleasant view of the aurora (northern lights/ polar lights). NASA astronauts Bob Hines witnessed an ‘absolutely spectacular’ scenery from their space station and shared four pictures of what he saw in space. These snaps are now viral on the internet.

Separately, space.com has shared a time-lapse video of the same for you to enjoy this view of magnificent auroras. Check out the video here.

NASA and NOAA’s Space Weather Prediction Center have warned that Thursday and Friday could see the most vigorous intensity geomagnetic storms, where a strong (G3) storm is expected. A heavy G3 storm may have an impact on power systems and interfere with HF radio communications, resulting in a disturbance, blackout, and strong solar wind blowing from the Earth’s magnetic field and the “hole” in the sun’s upper atmosphere known as the corona.

G1-G3 Watches are in effect for 17-19 August, 2022 due to likely CH HSS and CME influences. There is too much information to tweet about this activity – so please visit our webpage story at https://t.co/SitaSD3blc for all the information to keep properly informed. pic.twitter.com/E9K21u1TnJ

According to the forecasts, “a G3 storm has the potential to drive the aurora further away from its normal polar residence, and if other factors come together, the aurora might be seen over portions of Pennsylvania, Iowa, to northern Oregon.”

Watch: NASA's Rs 7,785 crore asteroid-bound Lucy mission was in trouble, here's how they rescued it

There may be more to the sun’s eruptions than just auroras and space blooms; they could potentially interfere with satellites and communications, as previously mentioned. There may be many more auroras in the future to witness for people on Earth and the ISS, of course.

Everything we know about Huawei’s Android rival: Oak / Ark OS