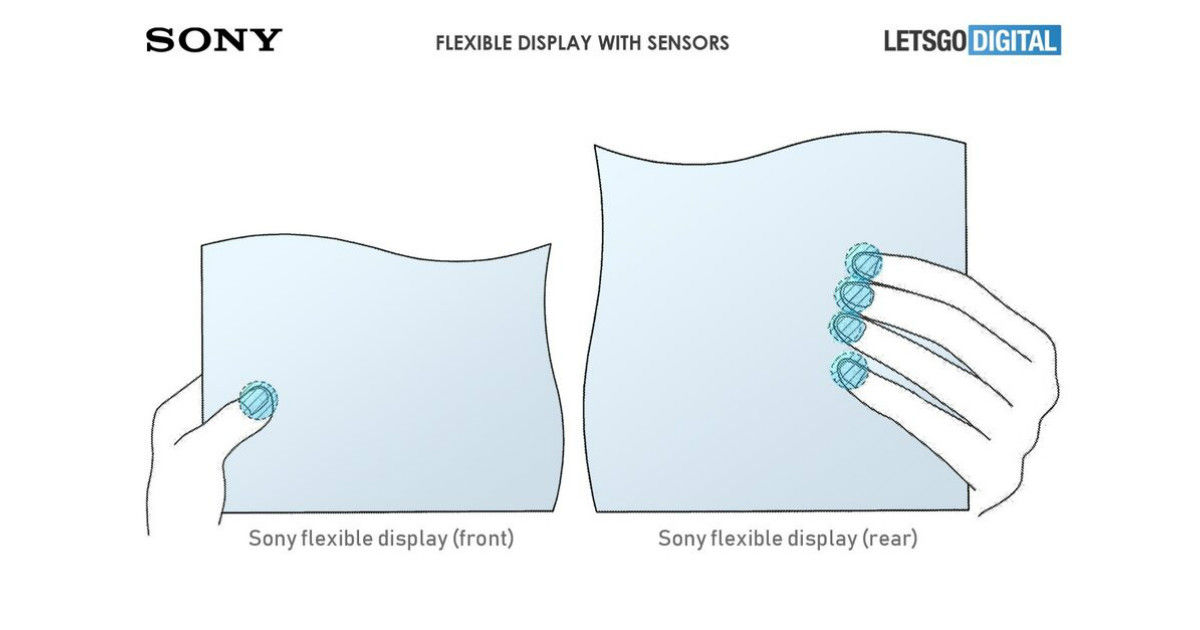 “The Sony patent details up to three embedded sensors in the display, in order to facilitate multiple device form factors”

Sony has reportedly received a new patent that details a flexible display mechanism with a fundamentally different mechanism of operation. Illustrated by LetsGoDigital, the patent shows how the flexible panel is embedded with sensors such as accelerometer and pressure as well as temperature sensors. While we’re not entirely sure how a temperature sensor would help the functionality of a smartphone or tablet hybrid, but sensors such as pressure or accelerometer would help gauge how a device may fold and pre-emptively decide what interface would show on which parts of the display.

With such a setup, it will be interesting to see how Sony integrates the flexible display into its devices. OEMs across the world have applied for multiple patents in the flexible/ foldable display phone segment, showing different applications and multiple formats in which a foldable device could work. Sony, on this note, has demonstrated a rollable display on its patent, which makes use of the integrated sensors in order to specify the kind of software interface that may show up on the display. Such usage of integrated sensors may also help in pre-emptive judgement of what different parts of the display would show when it is, for instance, rolled up or folded inward.

It remains to be seen whether such technology would really make it to production, and whether a flexible display with integrated sensors would make commercial sense. A flexible display panel is anyway significantly more expensive than the standard panels available to OEMs right now. Add the presence of embedded sensors, and that would automatically push the cost up even further. Foldable phones unveiled so far have already proved significantly expensive — the Samsung Galaxy Fold was announced at nearly $2,000, for instance. However, the production process has proved to be quite expensive, and despite having unveiled it months ago, Samsung has not been able to bring it to the market yet.

It remains to be seen if Sony goes ahead with such patents and brings them in production form. As of now, however, foldable phones still seem a slight distance into the future.