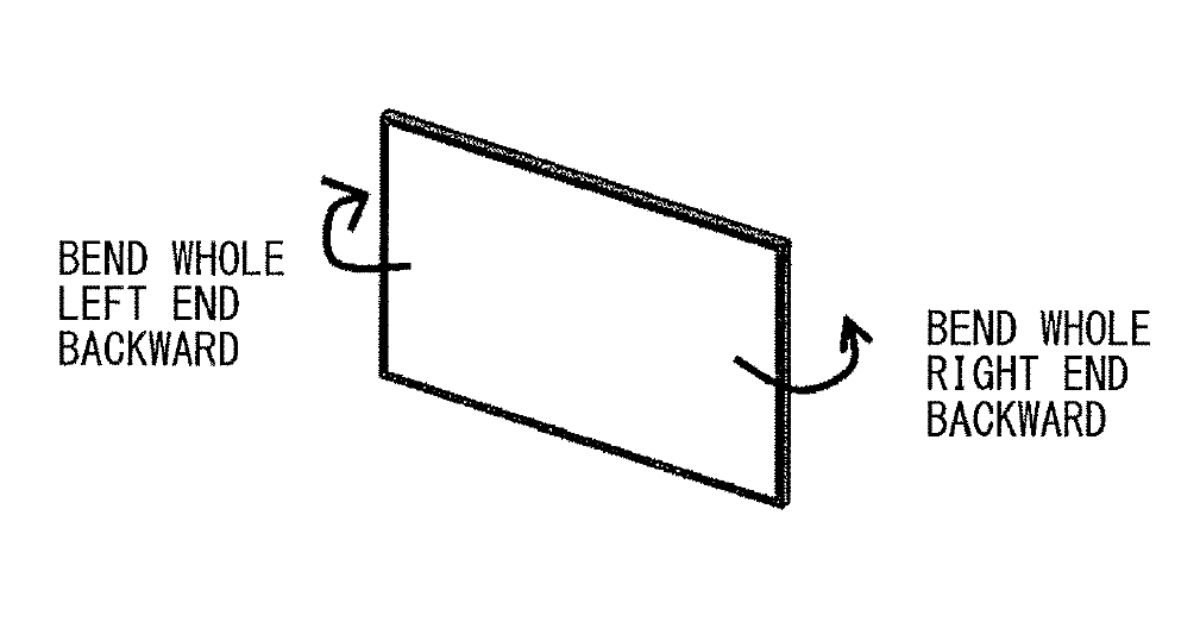 Sony is one of the largest players in the TV market globally. The Japanese brand frequently brings new innovations in its television sets, be it features related to display, audio, or software. However, most of these innovations are minor and go unnoticed. Well, Sony now seems to be working on something big. Today, we have come across a patent from Sony for a bendable and an extendable TV display panel with bend detection tech, something that was unheard of up until now. Let’s get into the details.

According to the patent, the display will have piezo elements to detect the push and pull effect when you bend the screen on either side. With the push and pull, you can control things like scaling the images, turning the volume up or down, displaying two pictures on the screen simultaneously, etc. The patent mentions multiple bending directions that you can perform on this display panel as you can see in the images below.

The patent also states that the display can be pulled from both sides, which could probably mean that this is an extendable display. While we are not sure how this technology works, Sony wouldn’t have mentioned about pulling the display from both sides if it wasn’t extendable.

As interesting as this feature sounds, we wonder who would use it. Why would anyone walk towards the display and bend it to perform actions when you can simply use a remote control or give voice commands to the TV is anybody’s guess. Perhaps Sony will end up using this technology for mobile display panels or desktop monitors, where it will be more useful.

Many a time, brands patent futuristic technologies but end up never using them and it’s likely that this Sony display panel could be one of them. Even if Sony is seriously working on this technology for the consumer market, it will take them years to make it viable for mass production.