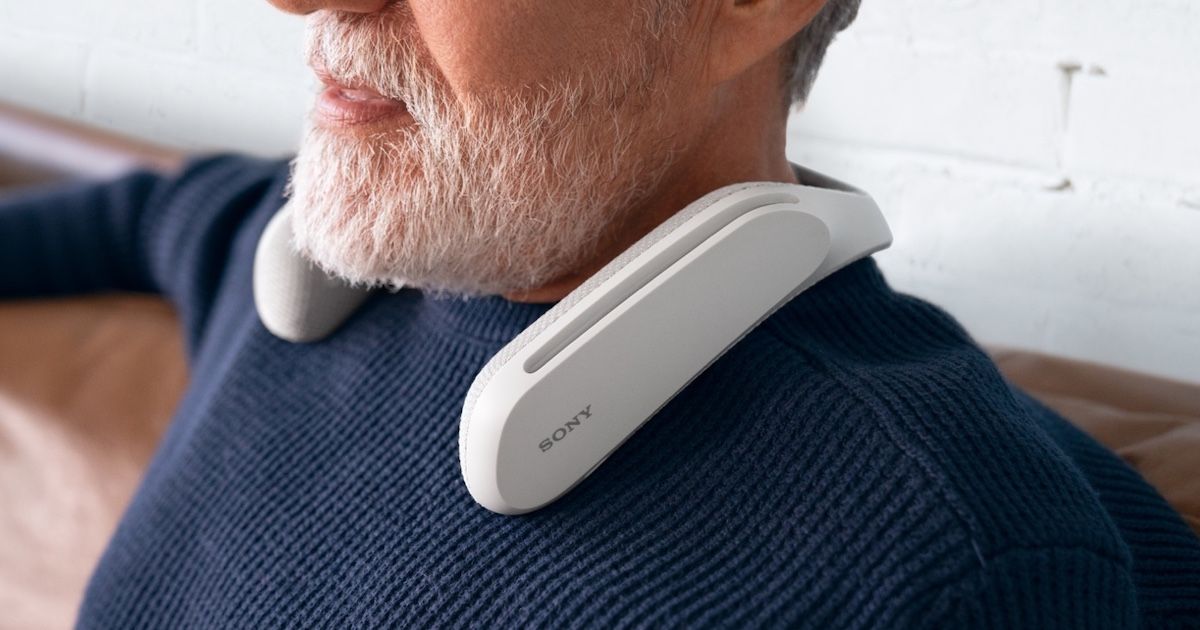 Sony seems to be working on a new wireless neckband speaker. 91mobiles has spotted the Sony Wireless Neckband Speaker with model SRS-NB10 on the US FCC website. The listing gives us an idea about the neckband’s design as well as a few key specs. As of now, there is no word when the company plans to launch these in the US market. Sony launched its first wireless neckband back in 2019, but it never made its way to India. The idea behind it is fairly simple – to offer an immersive and surround sound experience right from your neck.

The FCC listing shows the design of the upcoming neckband speaker. It shows two thick wings that will rest around your neck. The right and the left sides will have large speakers and controls. The connecting bridge seems to be detachable, but we’re not sure what the benefit of that will be except for making it easier to carry.

The listing also reveals that the Sony Wireless Neckband Speaker SRS-NB10 supports 5W charging and Bluetooth V3.0, which is surprising. It’s possible that we’re looking at an old concept rather than an upcoming model given the Bluetooth generation being supported. The speaker also supports Bluetooth Low Energy (BLE). This is all the relevant information we get from the FCC listing.

As mentioned, it is not clear whether Sony plans to launch the Wireless Neckband Speaker SRS-NB10. The Sony SRS-WS1 launched back in 2019 was a pretty unusual design and it isn’t clear whether the company found any success with it. The limitations are obvious as the product can only be used by an individual, so it doesn’t seem practical for a family. The SRS-WS1 also offered 3 hours of battery life on a single charge, which is good for one movie and would require frequent charges.