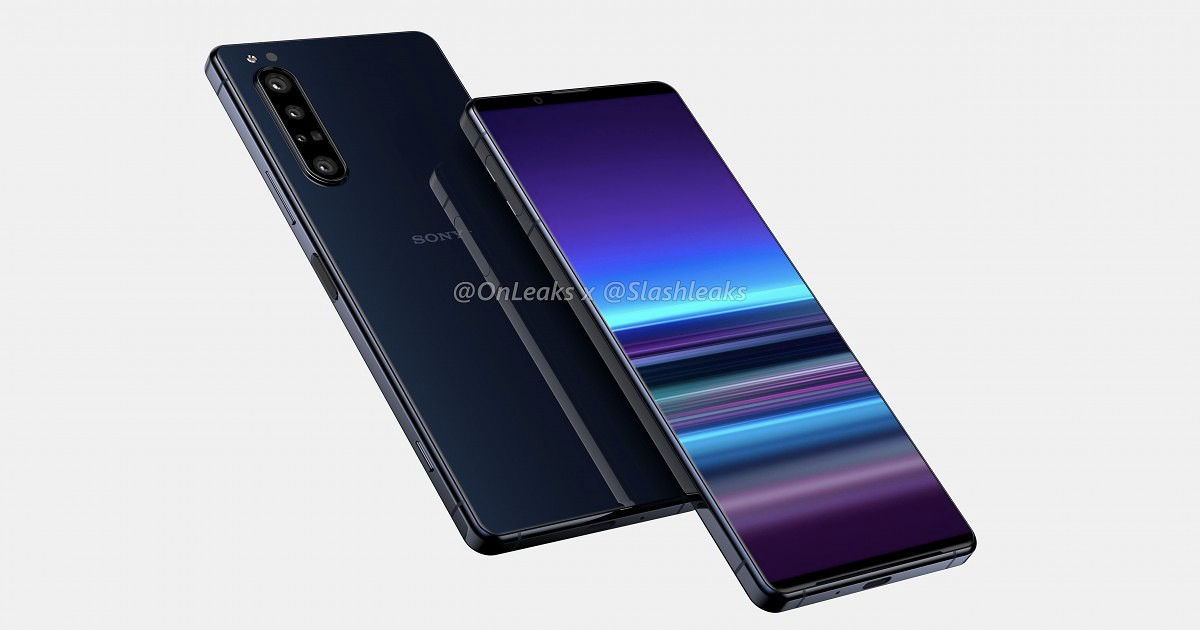 “The Xperia 5 Plus could be Sony’s upcoming flagship offering, with a tall 6.6-inch OLED display and a headphone jack”

Sony Xperia 5 Plus CAD-based renders have surfaced online. The handset is believed to be the incremental upgrade of the Sony Xperia 5 smartphone, which was unveiled last year at IFA 2019 in Berlin. As per the leaked renders (courtesy @OnLeaks), the alleged Xperia 5 Plus takes most of its design cues from the Xperia 5, including the glass-sandwich boxy design with a tall display that seems to have 21:9 aspect ratio. The chin bezel, however, appears to be narrower compared to the standard Xperia 5.

The rear panel of the Xperia 5 Plus also flaunts a familiar design as well as it bears a vertical camera module that houses triple sensors + a ToF lens at the top right corner. The interesting bit is at the top of the Xperia 5 Plus that sports (what is now archaic in a flagship offering) a dedicated port for a headphone jack. The handset’s bottom edge features Type-C charging port and a microphone, while the right spine has got power button-cum fingerprint scanner, volume rocker, and a camera shutter button. The SIM-ejector tray seems to be on the left edge of the Xperia 5 Plus.

Sony Xperia 5 Plus specifications tipped include a tall 6.6-inch OLED display front-facing dual stereo speakers and an 8-megapixel selfie shooter. The handset will measure roughly 168.2 x 71.6 x 8.1mm (9.3mm including rear camera bump). That’s basically everything all we know about this device. However, since the handset will most likely be a flagship, nothing short of a high-end chipset, perhaps a Snapdragon 865 SoC, is expected.

Sony Xperia 5 Plus should run Android 10 OS out of the box. The handset could also come with more advanced cameras, battery cell, fast-charging support, and RAM + storage configuration, all of which may be revealed in the months to come.