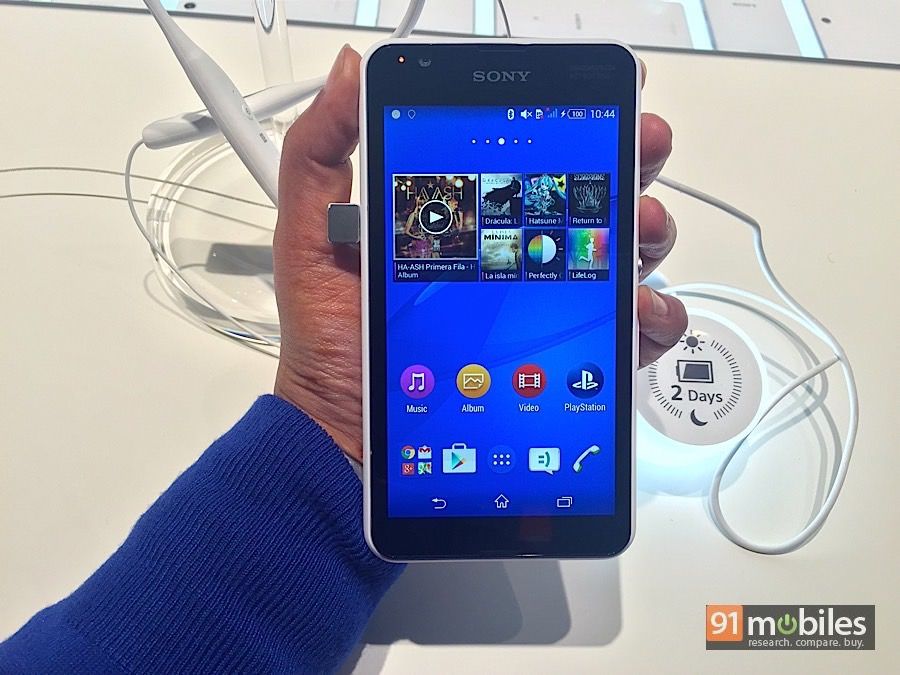 “The Sony Xperia E4g is the company’s first 64-bit smartphone. A first look”

Just last month, Sony introduced the successor to its affordable Xperia E3, smartphone, the Xperia E4. A couple of weeks later, the company quietly unveiled a 4G variant of the same device, titled the Xperia E4g. The two devices are pretty much identical, except that the Xperia E4 has a slightly larger 5-inch display, and misses out on 4G connectivity. At the recently held Mobile World Congress in Barcelona, we got a chance to go hands on with the Xperia E4g. These are our first impressions.
The Xperia E4g looks almost identical to its 3G variant, with its curved edges, plastic body and elements of Sony’s OmniBalance design. Unlike the previous-gen Xperia E3, which was far more geometric and had thick bezels around the display, the Xperia E4g sports a much cleaner facade. While the unit we handled featured a smooth white finish, the device is also available in a black colour option. 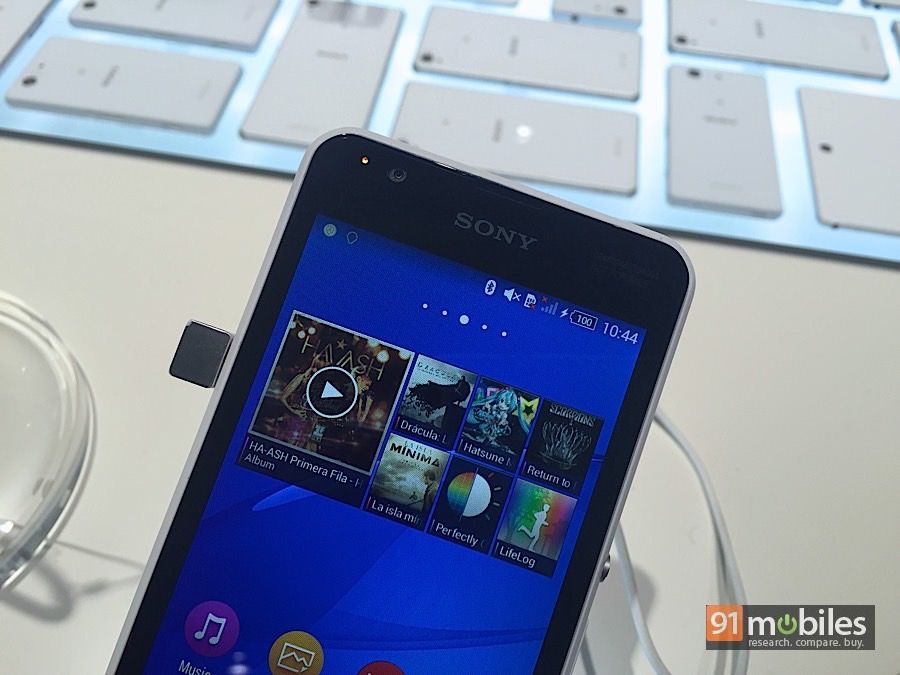 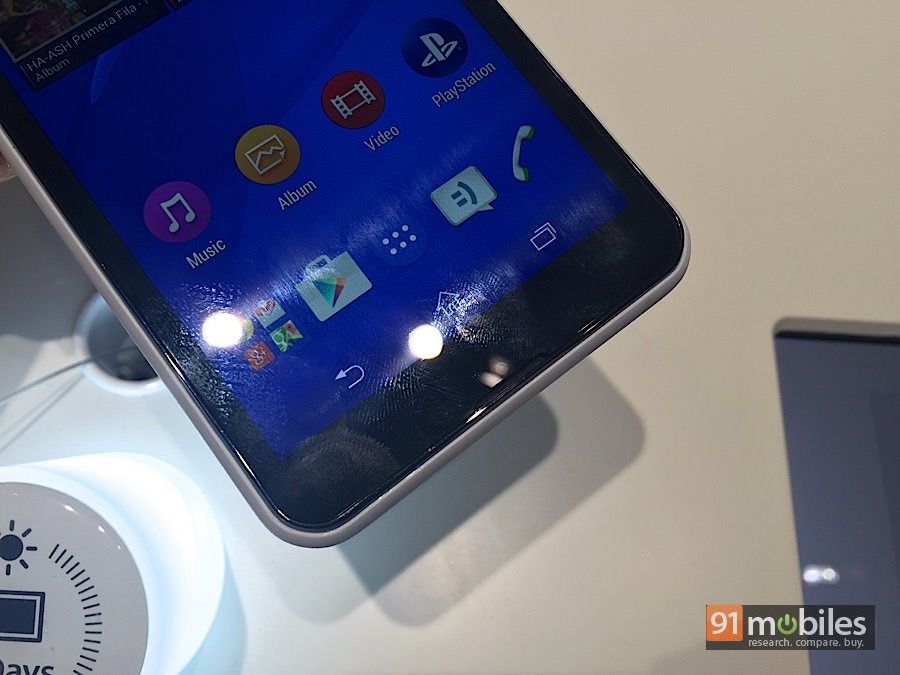 Above the screen lies the usual Sony branding, earpiece, sensors, notification LED and front 2MP camera. The fascia below the display is thinner than the top, since the phone features Android keys as software overlays on the display. The back panel consists of a removable rear plastic shell, which encases the SIM card slot, microSD card slot and 2,300mAh battery. On the right side you’ll find Sony’s signature crown-like power button. The 3.5mm audio jack is on top, while the micro-USB port is rather inconveniently located on the left spine. 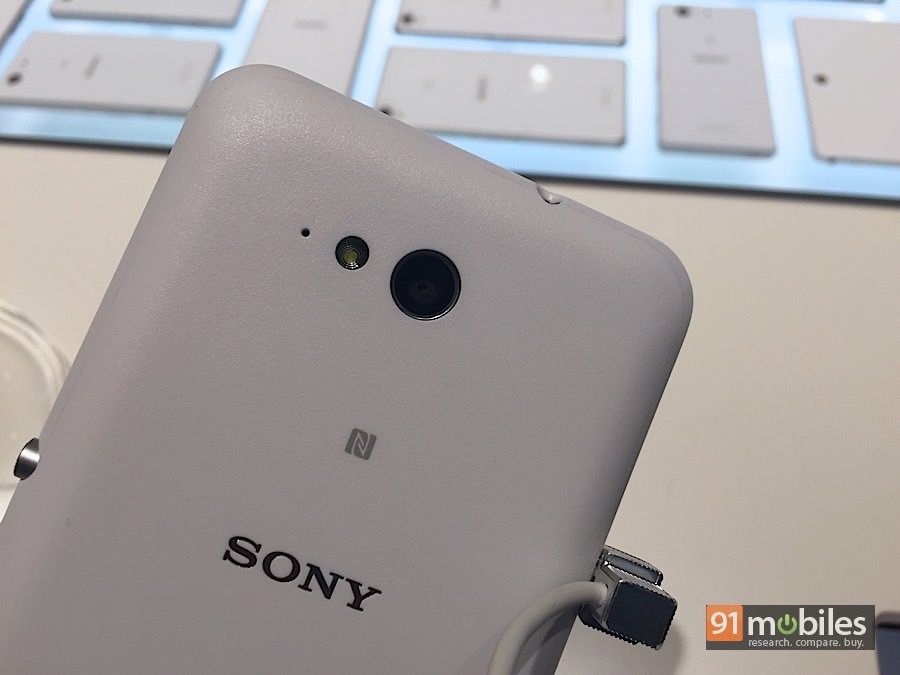 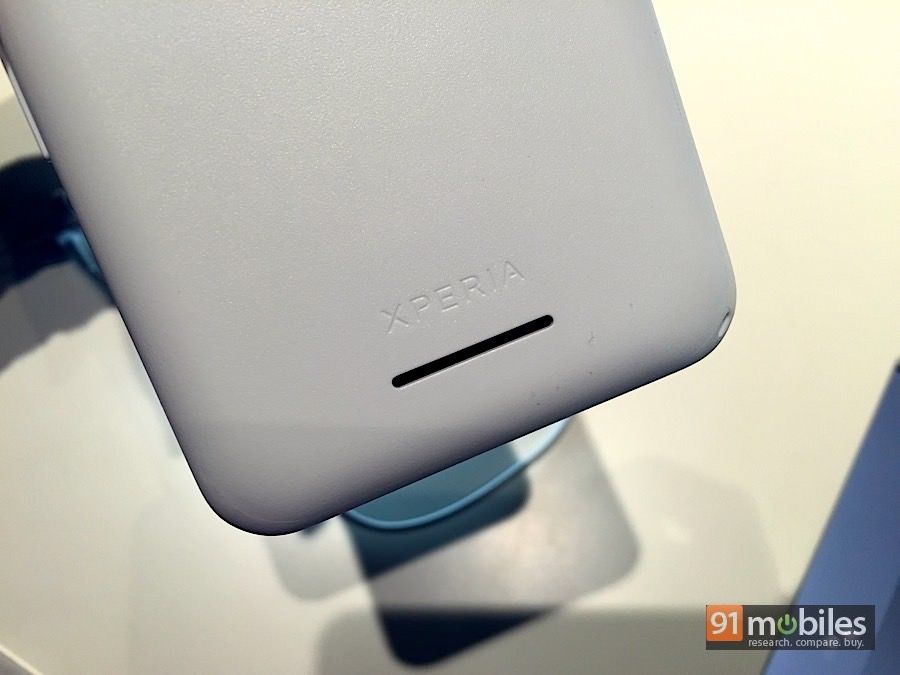 The back panel is home to the primary 5MP camera alongside the LED flash and secondary microphone. Another Sony logo and the NFC area are also highlighted. The loudspeaker and Xperia branding are located towards the bottom.

The 4.7-inch display fits nicely into a single hand, although Sony has opted for a mediocre resolution of 960 x 540 pixels. While most budget smartphones available in the market today offer HD resolution displays, bigger players including Sony, Samsung and Motorola seem reluctant to do the same. Sony displays tend to be bright and responsive, and while we didn’t have any complaints on this front, the sharpness wasn’t a match for rival devices like the Xiaomi Redmi 1s (review). Handling software on the Xperia E4g is Android 4.4.4 KitKat, but this is masked completely by Sony’s custom UI. 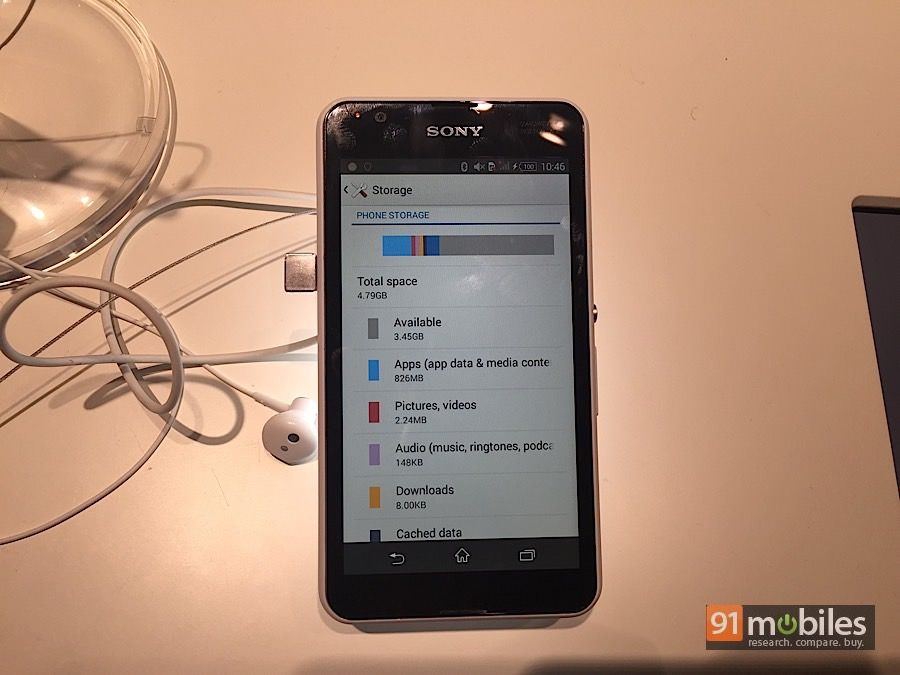 Powering the handset is the 64-bit quad-core MediaTek MT6732 SoC clocked at 1.5GHz. Incidentally, this also makes it Sony’s first 64-bit smartphone. There’s 1GB of RAM and 8GB of internal storage, out of which 3.45GB was available on this demo unit. The microSD card slot supports expansion by an extra 32GB. The smartphone was smooth and responsive during our brief usage, but we’ll need to use the device extensively and play a few graphics-heavy games before we commit to our views on its performance. Sony says that the 2,300mAh battery can last for up to two days, although that seems unlikely. However, the presence of Sony’s STAMINA mode should help to conserve fuel. 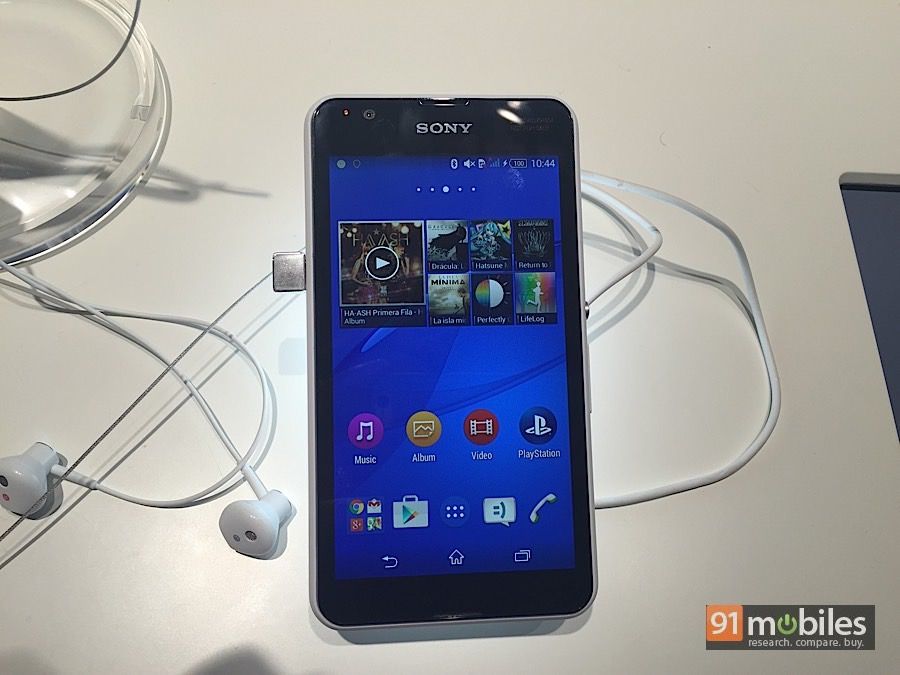 The Xperia E4g comes with support for LTE Band 3 (1,800MHz), among others, which is expected to be commercially available in India later this year. Unfortunately, there’s no support for LTE Band 40 which is what’s currently available. While the unit we handled was a single-SIM device, there’s also a dual-SIM variant which we expect is what will be launched in India. The Xperia E4g will go on sale in select markets in April this year for Euro 129, approximately Rs 9,000. An India launch date is yet to be specified by the company.
ShareTweetShare