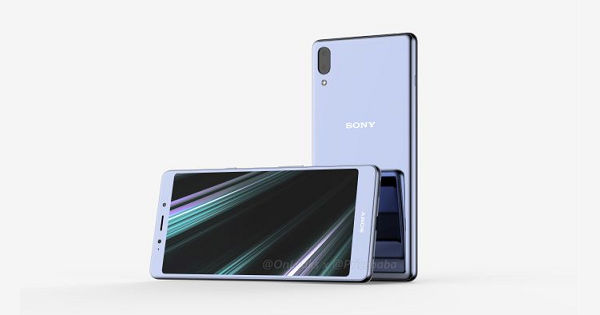 “The Xperia L3 is expected to be a budget offering with an 18:9 display and a side-mounted fingerprint sensor”

Earlier this year at MWC, Sony launched the Xperia XZ2 and Xperia XZ2 Compact as its first smartphones with nearly bezel-less design and an 18:9 aspect ratio. Soon after at IFA in August, the Japanese handset maker unveiled the Xperia XZ3. All three smartphones arrived as flagship offerings. Now the company is working on a few budget 18:9 handsets, and one of them is rumoured to be the Xperia L3. We’ve already seen a CAD-based 360-degree video of the upcoming phone. Now the phone’s launch seems to be getting closer as it has received FCC certification. 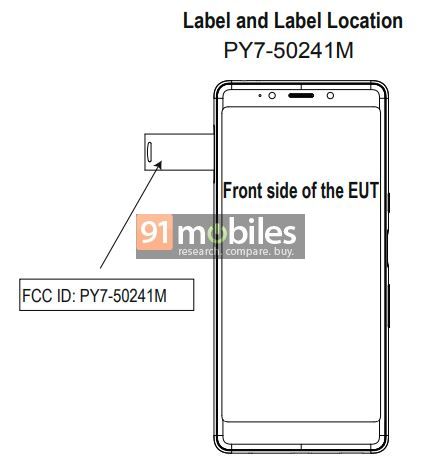 The alleged Sony Xperia L3 on the Federal Communications Commission’s website carries the FCC ID PY7-50241M. The FCC label location of the smartphone has revealed a few details regarding its design. The sketch shows a device with a taller display, possibly with an aspect ratio of 18:9. The top bezel of the phone appears to have the earpiece, selfie camera, a notification light, and other sensors. It looks like the Xperia L3 will feature a side-mounted fingerprint sensor, which will be placed between the power key and volume rocker.

Notably, the design of the purported Sony Xperia L3 on FCC is similar to the recently leaked CAD-based renders and 360-degree video of the handset. The earlier leak also revealed a few features of the device. The report suggested that the phone will come with a 5.7-inch HD+ display. The device will offer a 3.5mm headphone jack, a USB Type-C port, and a dual primary camera setup at the rear. Build-wise, the handset is expected to offer a plastic / polycarbonate body with a glossy finish.

The Sony Xperia L3 will arrive as the successor to the Xperia L2, which was unveiled at CES 2018. So it’s quite possible that the company will release the successor at the upcoming CES.