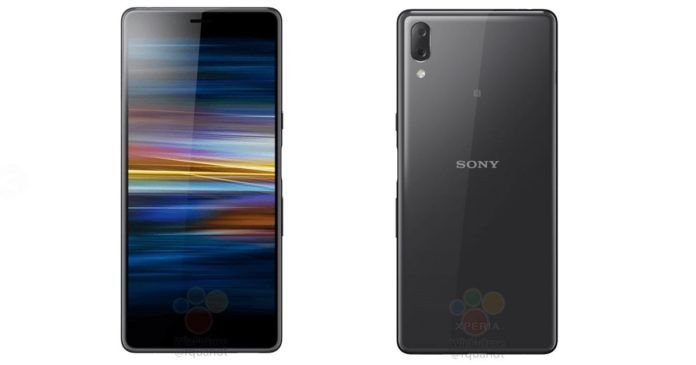 After seeing endless leaks and rumours of Xperia XA2’s successors, it’s now time for the Xperia L3 – which will be the successor of last year’s Xperia L2 smartphone. It’s tipped to be Sony’s new entry-level offering and is likely to launch at the upcoming tech trade show MWC 2019 in Barcelona, Spain. Ahead of that, WinFuture has published the renders of the phone detailing its looks from every corner. 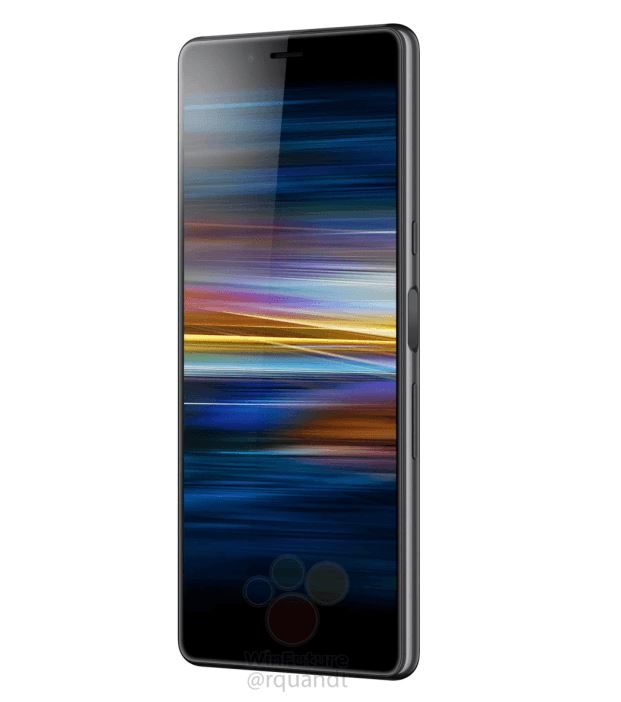 The first thing that gets your attention is the Xperia L3’s huge bezels. Unlike the new age bezel-less and notch display smartphones, the handset seems to have bezels both at the top and the bottom. However, despite that, the phone is expected to arrive an 18:9 aspect ratio display and HD+ (720×1,440p) resolution. The back panel of the device looks mostly clean except for the dual cameras and LED flash at the top-right corner and the company and series’ name etched on the center and at the bottom respectively.

The renders further reveal the Xperia L3 with a side-mounted fingerprint sensor place alongside power button and volume rocker at the right spine. It’s also tipped to arrive with a 3.5mm headphone jack on the top edge, while a USB Type C port and speaker grill at the bottom edge.

Talking about its specifications, the Xperia L3 is tipped to flaunt a 5.7-inch IPS LCD screen. The phone will reportedly be powered by a MediaTek chipset, backed by 3GB of RAM and 32GB user-expandable storage. In optics, the phone is likely to sport a 13-megapixel primary sensor paired with 2-megapixel depth sensing shooter. Its front camera gets an 8-megapixel shooter. The entire setup will be run by 3,300mAh battery, and on the software front, the phone is said to boot a slightly dated Android 8.1 Oreo out of the box. Sony is yet to reveal the price of the Xperia, but the report claims it could be around 199 euros (~Rs 15,999).