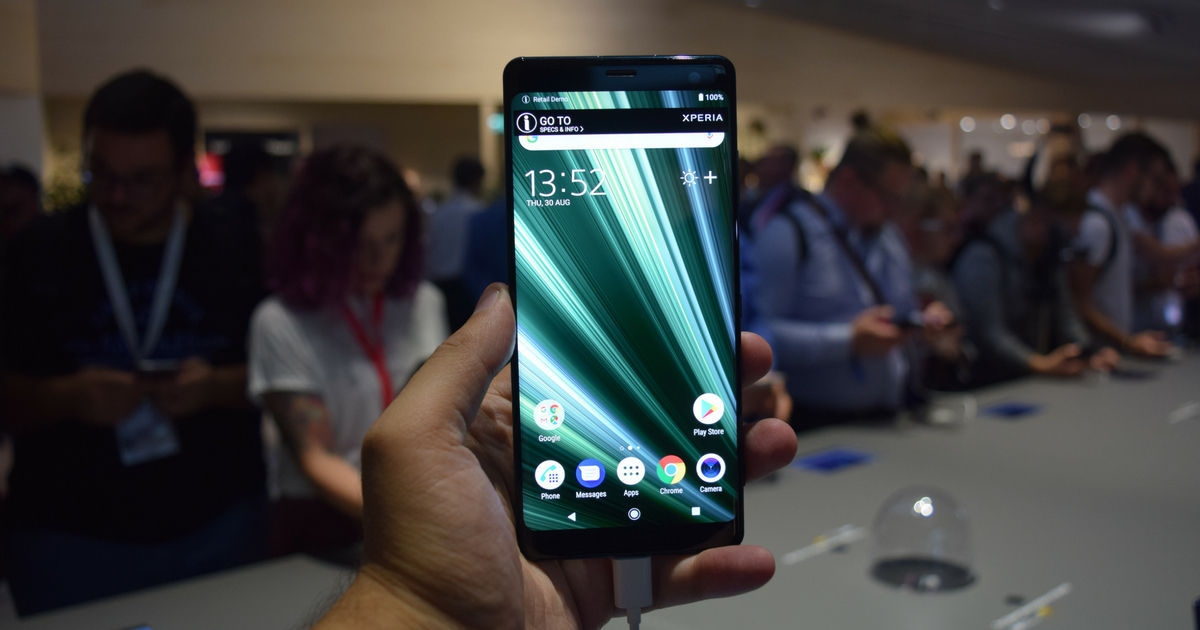 “The Xperia XZ3 features a dual-curved display that slides towards the edges, giving the handset an appealing look”

Even though the Japanese giant is mounting losses with its smartphone unit, Sony is still continuing to release smartphones under its Xperia series. Just six months back, I witnessed the launch of the brand’s Xperia XZ2 flagship (first impressions) at MWC in Barcelona, and today, the company took the stage at the ongoing IFA event to introduce its successor in the form of the Sony Xperia XZ3. While it’s good to see Sony sticking to two flagships a year schedule, it also means that there aren’t many changes in the latest smartphone. So what exactly does the new XZ3 bring to the table? Stay with me to find out.

Sony was a late entrant to the bezel-less party, as it was only with the XZ2 that the Japanese company introduced an 18:9 display. However, the Xperia XZ3 doesn’t only feature a tall screen, the phone looks stylish too. That’s because of the fact that its display curves towards the edges, much like Samsung’s Galaxy S9 duo (review) and the Note9 (review), which lends the smartphone a premium appeal. Sadly though, the device continues to offer a significant amount of bezels above and below the display. 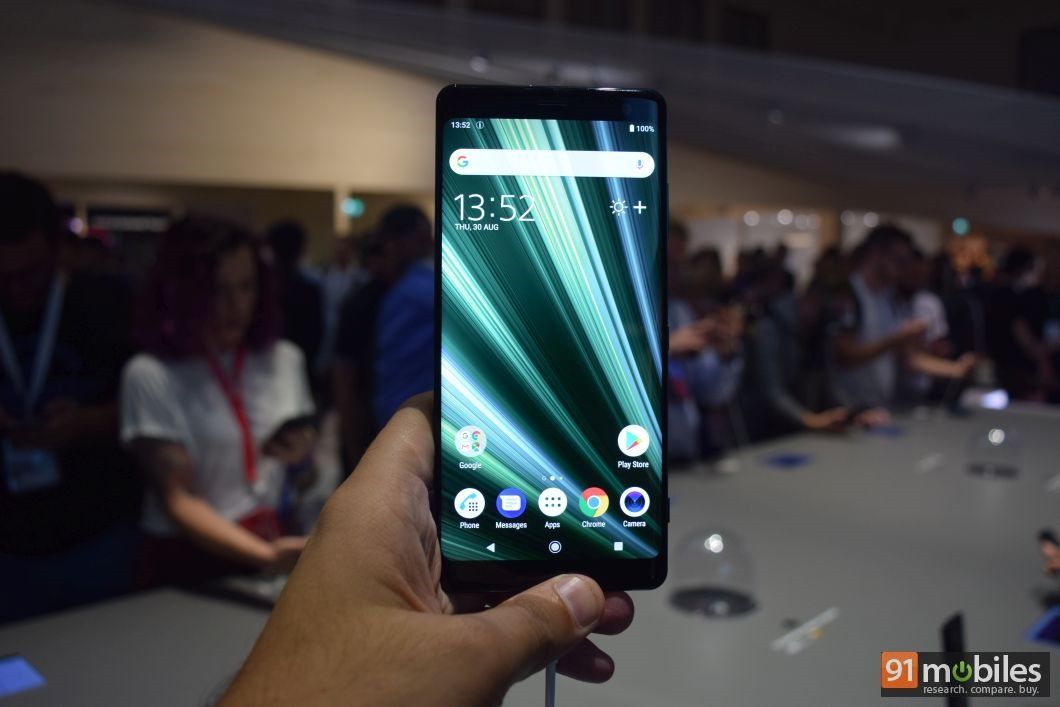 Similar to its predecessor, the Sony Xperia XZ3 offers a glossy finish at the back. As with most smartphones like this, the glass finish offers a classy look, but on the flipside, attracts fingerprints and smudges like a moth to a flame. While the unit I played with was in black hue, the handset will be available in various other colour options of silver, green and red too. Similar to previous flagships from Sony, the mobile is IP65/68 compatible, making it impervious to dust and water. 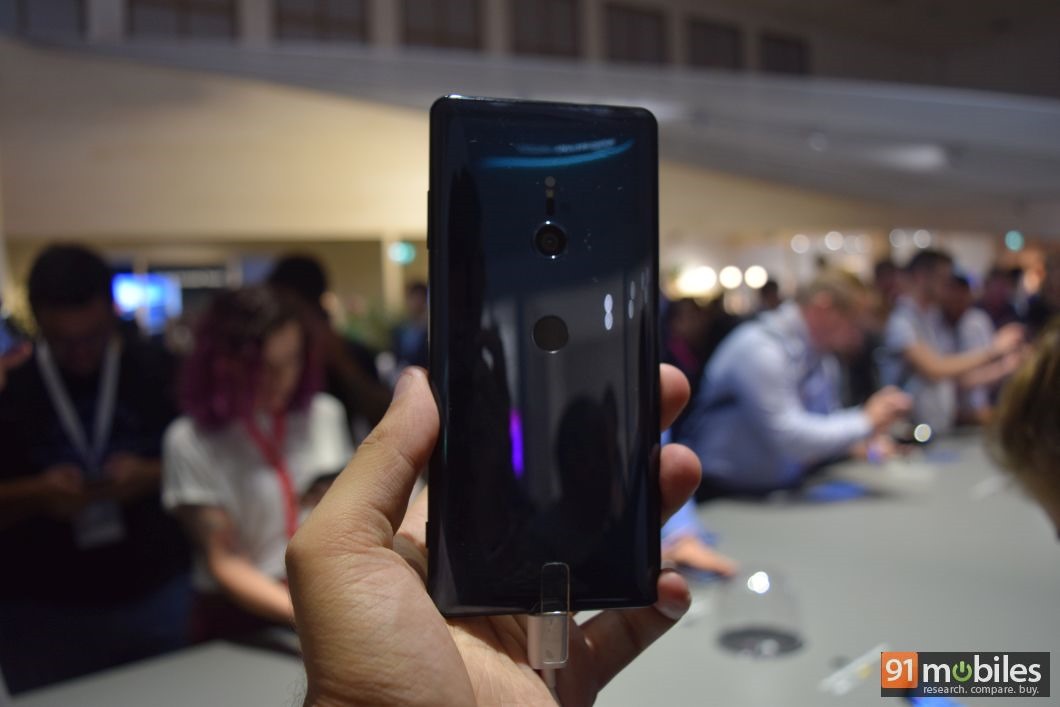 The display is one of the biggest upgrades over the Xperia XZ2, which camer with a 5.7-inch full HD+ panel. In contrast, the screen on the Xperia XZ3 is a 6-inch affair, which bears 4K resolution. As it stands, Sony is the only brand that has ever launched smartphones with ultra-sharp UHD resolution, and the XZ3 continues that legacy. The OLED panel offers impressive viewing angles and deeper blacks as well. Worth mentioning that I was only able to check out the handset in indoor settings. The Corning Gorilla Glass 5-protected screen is also compatible with HDR, which means that the phone will deliver better contrast levels while viewing compatible content off of Netflix or Amazon Prime Video.

Sony has also worked on making the Xperia XZ3 an ideal option for enjoying multimedia. The smartphone sports stereo speakers, which come with S Force Surround sound, and the brand claims that the feature will deliver loud output with better clarity. Then there’s the Dynamic Vibration System, which will offer a haptic feedback while watching movies or videos. Sadly, I wasn’t able to test these capabilities.

While there’s nothing new in terms of the button and port placement, including the presence of a dedicated shutter key on the right, it’s worth mentioning that the handset doesn’t have a 3.5mm audio interface.

Even though Sony’s Xperia XZ3 latest offers a larger 6-inch display, I didn’t find it difficult to use the device with a single hand. However, the phone is quite slippery since the rear has a glossy finish, and the palms don’t have much edges to hold onto. Another quibble I had with the design is the placement of the fingerprint scanner at the back. It’s placed quite low for my liking, and my digits usually reached the primary camera while trying to reach the biometric reader.

Oh, in the camera department, the Xperia XZ3 feels like it’s 2016 since it only has a single sensor at the back. Strangely enough, the brand had announced its first dual camera-toting smartphone in the form of the Xperia XZ2 Premium, so it’s quite strange to see the phonemaker’s newest offering shipping with a single 19-megapixel unit. The Motion Eye camera, as it’s called, does come with some interesting tricks up its sleeve. The snapper can capture HDR videos and record slow-mo videos at 960fps at full HD resolution, unlike Samsung’s latest flagships wherein super slow-mo videos are capped at 720p. At the front, the latest handset from Sony flaunts a 13MP shooter, a notable upgrade over the 5MP selfie snapper on the XZ2. 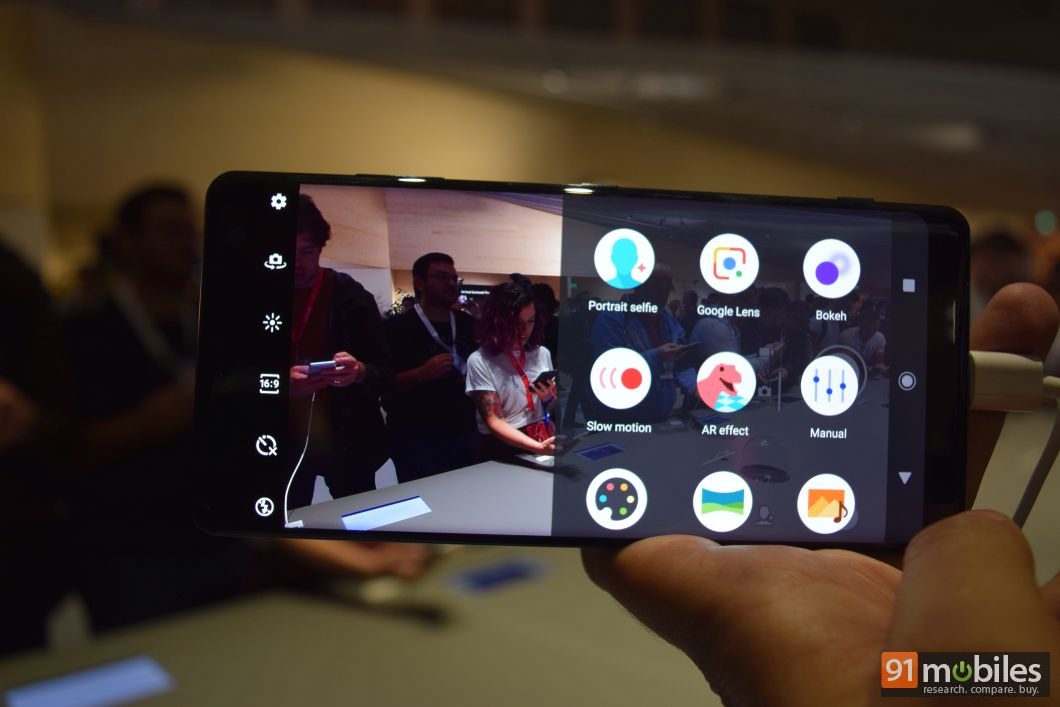 The similarity continues with regards to the hardware as well. The Sony Xperia XZ3 comes equipped with the Snapdragon 845 chipset. The 10nm octa-core SoC is paired with 4 gigs of RAM. Since we’ve seen the prowess of the SD845-powered devices already, I have no doubts that the smartphone will be able to perform smoothly. What I’d have liked though is more amount of RAM, considering that the 6GB capacity is becoming a standard in Android flagships, with many devices coming in a higher-end 8GB RAM model too. For storage, the smartphone features 64GB of expandable memory.

With the Xperia XZ3, Sony is also boarding the AI bandwagon and comes with AI in Xperia. Just like the Edge Sense on HTC’s recent flagships, the edges on the handset are touch sensitive. However, instead of initiating a certain action, you just need to double tap to bring up Side Sense, a panel which displays up apps basis your usage habits and time of the day. Then there’s Smart Launch feature that instantly opens the camera app as soon as you put the phone in the landscape mode while trying to capture an action. 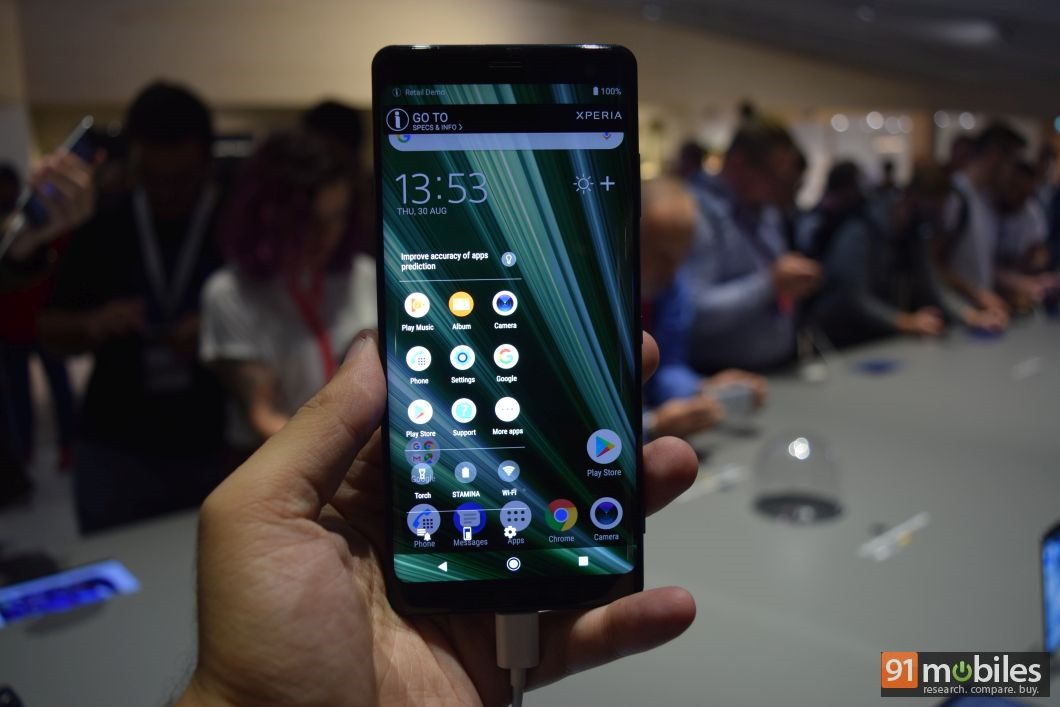 The Sony Xperia XZ3 is the first smartphone to boot Android 9.0 Pie out of the box. However, the device is layered with the company’s proprietary skin and hence you won’t necessarily notice any visual changes brought by the latest iteration of the Google’s OS. The smartphone also seems to come preloaded with quite a few apps such as AVG Protection, Amazon, Netflix, etc. Running the show on the XZ3 is a 3,300mAh battery. 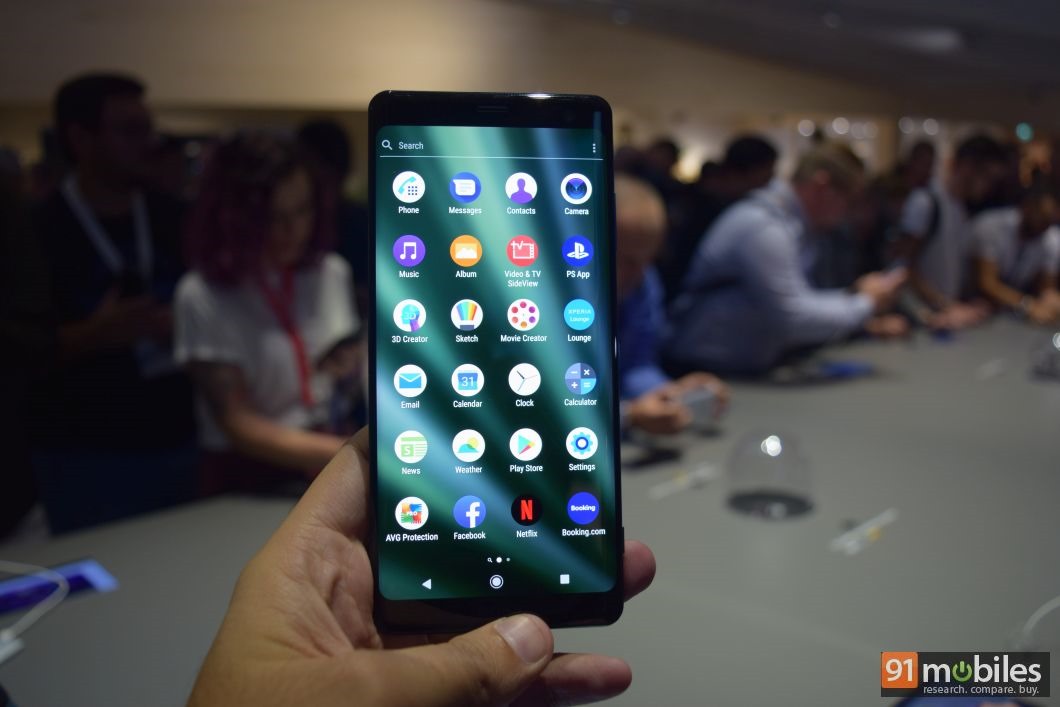 The Sony Xperia XZ3 will be going on sale in Europe in the month of September. However, the brand hasn’t divulged the pricing of its newest offering. It also remains to be seen if and when the handset lands in India, considering its predecessor was launched in the country just recently at an astounding price tag of Rs 72,990.