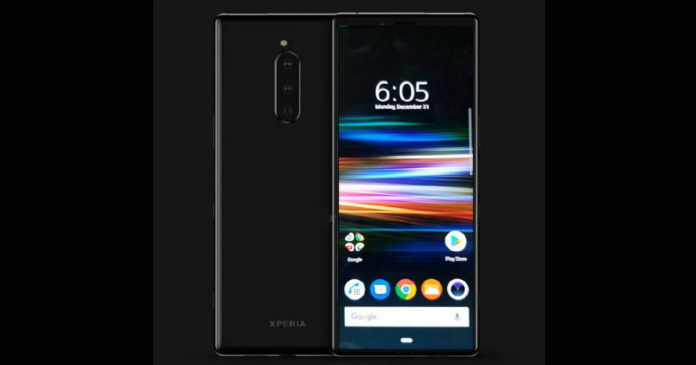 Sony is all set to launch its next flagship Xperia XZ4 at the upcoming MWC 2019 trade show that will be held in Barcelona Spain, the invites for which were recently sent out. Ahead of the launch, the smartphone has been subjected to a ton of rumours and speculations including CAD renders and Antutu spotting. Now, yet another image of the Sony Xperia Z4 has been leaked, which reveals an unusual detail about the upcoming smartphone. 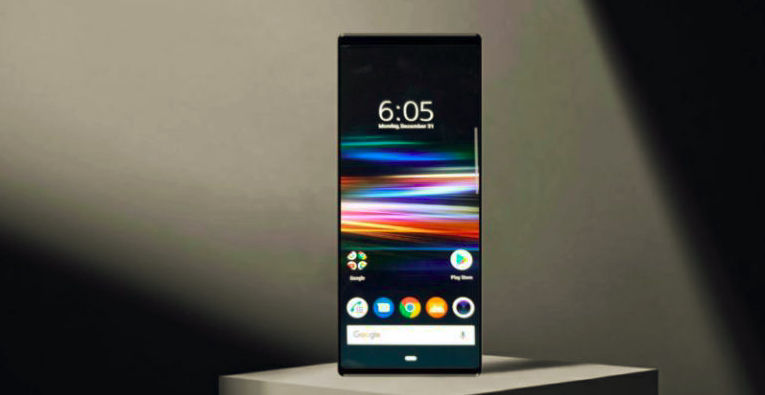 The latest set of images, which originated on Weibo, reveals an extremely tall smartphone with a claimed aspect ratio of 21:9. In the image we can see despite the unusual aspect ratio, the smartphone will feature thick bezels above and below the display, which is surprising nowadays. The pill-shaped navigation button on the bottom is also visible, hinting at Android 9 Pie.

Another obvious revelation is the transparent bar on the side confirming the presence of the Side Sense feature on the smartphone. To recall, Side Sense lets users tap on the protruding on-screen drawer to access apps easily. Apart from this, no other information is revealed by the images.

To recap on the previous leaks, the Xperia XZ4 is said to come with a 6.55-inch screen and triple cameras at the back panel. For performance the smartphone is tipped to be powered by the latest Qualcomm Snapdragon 855 chipset. The processor is further speculated to be backed by by 6GB of RAM and up to 256GB internal storage. There is no word on the camera specifications and battery so far. However, we can expect the smartphone to be a powerful imaging phone and support wireless charging.

We wouldn’t have to wait for long to know the accurate details of the smartphone as the launch is expected to take place next month. 91mobiles will be on the floor at Mobile World Congress to bring you all updates, so stay tuned.