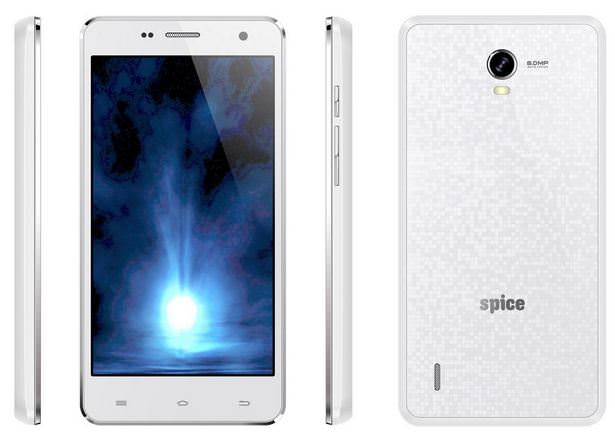 Spice has introduced a new smartphone in India, the 516 running Android 4.4 KitKat. The phone is exclusively available on HomeShop18 for Rs 6,999. The company is offering a few freebies with the phone, including an Active Flip Cover, snap on Cover and a power bank of unknown capacity. It will be competing against the likes of the Micromax Unite 2, Moto E and ASUS Zenfone 4 in the country.

Coming to the features, the Spice 516 features a 5-inch display with a resolution of 854 x 480 pixels. The processor ticking under the hood is a 1.3GHz quad-core CPU, paired with 1GB of RAM. There is 4GB of internal memory, which is further expandable up to 32GB using a microSD card. Camera features include an 8MP primary snapper accompanied by LED flash and a 3.2MP front shooter for video calling and selfies. Connectivity wise it offers dual-SIM slots, 3G, Wi-Fi, Bluetooth and USB. The handset is fuelled by a 2,000mAh battery, which according to the listing offers 4 hours of talktime and 192 hours of standby time on 2G networks

Earlier this month, Spice launched the Stellar Mi-508 and 449 3G smartphones priced at Rs 6,249 and Rs 6,299 respectively. These phones were also available on HomeShop18. In addition, the company launched India’s first Firefox smartphone a few days ago, the Fire One Mi- FX1 for Rs 2,299.