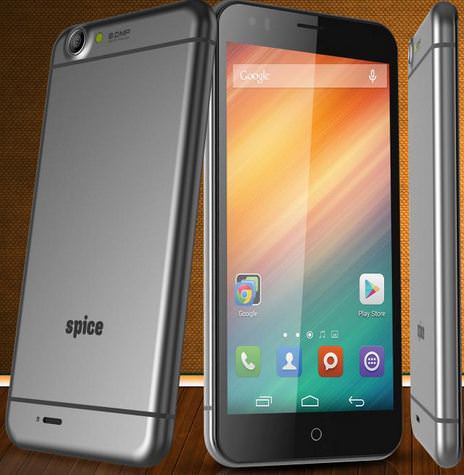 It appears that Spice is all set to launch a new smartphone called the Mi-549, which resembles the Apple iPhone 6 (review|camera review) in terms of design. The phone has been listed as ‘out of stock’ on HomeShop18 for Rs 7,999, and is expected to go official very soon. The Spice Mi-549 follows the Lenovo Sisley S90 mid-range iPhone 6-lookalike, which was released in China last week for around Rs 20,000.

The main highlight of the Spice Mi-549 is a 5.5-inch full HD display (1,080 x 1,920 pixels). The phone runs Android 4.4 KitKat and is powered by a 1.3GHz quad-core processor coupled with 1GB of RAM. For storage needs, the device is equipped with 8GB of internal memory, which is further expandable up to 32GB via a microSD card. The camera specs includes an 8MP rear shooter with an LED flash and a front-facing 2MP snapper for selfies.  In terms of connectivity, the smartphone offers dual-SIM, 3G, Wi-Fi, Bluetooth, USB and GPS. It packs a 2,200mAh battery, which is rated to deliver up to four hours of talk time and up to eight days of standby time.

The company recently launched the Stellar 518 for Rs 7,799, which rocks a 5-inch display and a beefy 4,000mAh battery. The phone is offered in grey or black, and comes bundled with a free flip cover. Besides a low-resolution 1.3MP front camera, the rest of the specs of the Stellar 518 are similar to the Mi-549.