One charger to rule them all? That certainly seems to be Stuffcool’s premise with its new Centurion. This is a 100W desk charging station that promises to juice up all your devices at the fastest possible speeds, and boasts a long list of interesting features. Keen to try it out, I went and did exactly that. Now, Stuffcool is a popular accessories brand known for its cases, cables, chargers, bags, etc, and I’m already a proud owner of its Napoleon PD65 GaN charger. The Centurion, possibly named so because of its 100W charging capabilities, is a different beast though. 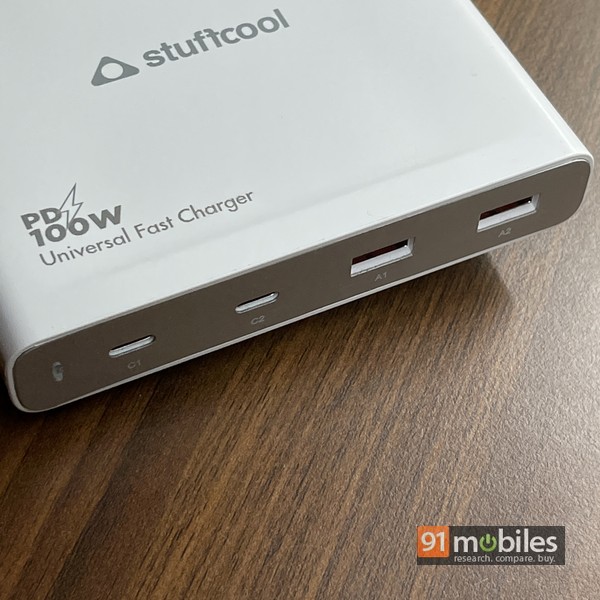 One look at the Centurion and it’s easy to see why it’s called a desktop charging station. It isn’t too large or heavy, but is clearly meant for desktop use. If you plan on using it to charge multiple gadgets simultaneously (which is its mainstay anyway), you would need to place it on a desk for optimum usage. While the Napolean’s highlight is its compact size, the Centurion follows a one-for-all mantra.

The device isn’t much to look at, and is a compact white slab. At the rear is a socket to connect the bundled two-pin power cable, while the front is adorned with two USB Type-C ports and two Type A ports. There’s a blue LED that switches on when power is supplied to the device. 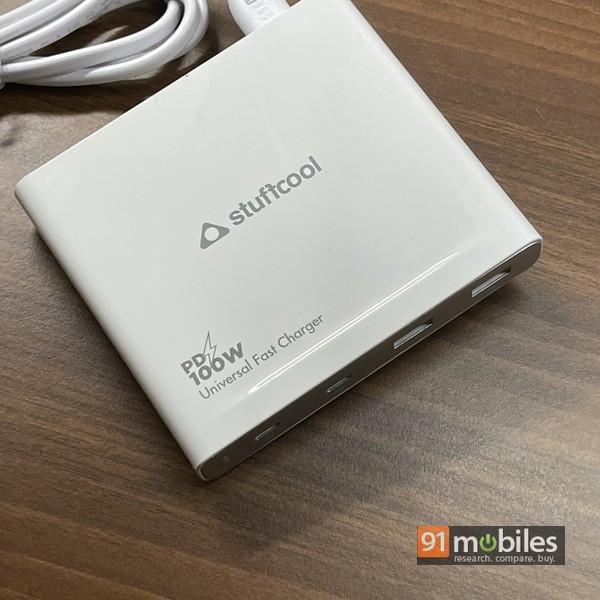 The Centurion can supply 100W of total power, and depending upon the devices you connect to it and their specific charging capabilities, the Centurion can distribute power intelligently to ensure each device gets its due, so to speak. The Centurion supports various common charging protocols, including USB PD (Power Delivery), QC 3.0, Samsung PPS, VOOC (used by OPPO), Dash / Warp charging (used by OnePlus), Huawei SuperCharge, and Moto TurboCharge. That pretty much covers most devices, and as a reviewer juggling between assorted devices on a daily basis, it’s music to my ears. 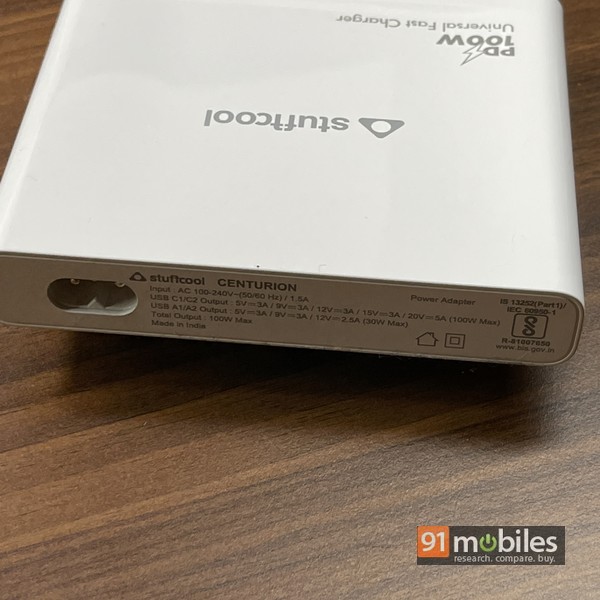 The Centurion features an auto-detect IC that automatically distributes power, and the output varies depending on the permutations and combinations of the devices you connect and the ports you connect them to. The two Type-C ports are labelled C1 and C2, while the Type-A ports are marked A1 and A2. Together, they can deliver up to a maximum of 100W – so if you have your MacBook Pro 16 connected to it for charging, it will use up all of Centurion’s strength, since that laptop needs 96W of power. However, if you connect a MacBook Pro 13 that can charge at 61W, you can use the other vacant ports on the Centurion to charge other gadgets. While the Type-C ports on the charger (C1 or C2) can output 100W on their own, the Type-A ports (A1 and A2) can output a maximum of 30W. A Type-C port used in conjunction with a Type-C or Type-A port can deliver 65W+30W. Similarly, you can get 15W each from the two Type-A ports when used together, while two Type-C ports and one Type-A will give you 45W+30W+18W. You get the drift. 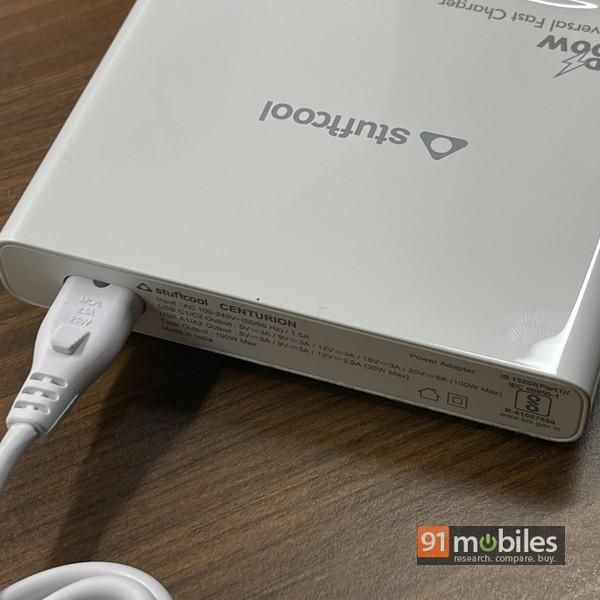 I tried out the Centurion with a MacBook Pro 13 and phones from Apple, OnePlus, Samsung and Xiaomi. The MacBook confirmed 60W charging, the OnePlus displayed the Dash charge symbol, and the Samsung Galaxy S21+ screen showed “Superfast charging”. However, the Centurion can’t charge recent OnePlus devices that support Warp 65 charging, and can only charge them at 30W. I also noticed that the charging status of some devices changed as I disconnected others and connected something else in their place. That would be the auto-detect IC at play, doing its thing to distribute power optimally by detecting the specific charging requirements of different devices. And the body of the Centurion doesn’t heat up when it’s juicing up connected devices either.

Priced at Rs 6,999, the Centurion doesn’t come cheap, and Stuffcool should have included a couple of fast-charge capable cables with it, I think. For what it can do and also considering its price, it’s mainly suitable for those who, like me, juggle between different devices, want to charge multiple of those at once, and covet a solution that can handle them all without compromising on charging speeds. The Stuffcool Centurion fits the bill perfectly for this.