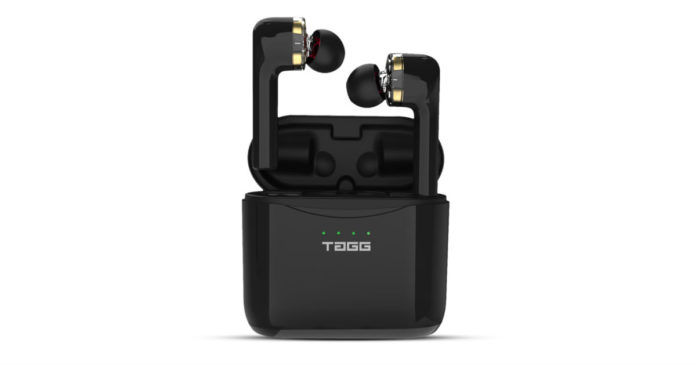 Consumer electronics brand Tagg has announced a pair of truly wireless earphones called Tagg ZeroG. The new earphones are touted to deliver high-definition sound with extreme precision. The Tagg ZeroG earbuds are IPX5 water-resistant certified, which means you can hit the gym with them and they’ll bear minor splash and sweat. Like most other truly wireless earphones, the ZeroG also comes inside a case that doubles up as a power bank with a built-in 500mAh battery. “The case takes two hours charging times and can charge the earbuds up to 6 times, providing the overall playback time of more than 35 hours,” according to the company.

The Tagg ZeroG price in India is set at Rs 4,999. The earphones are already available for sale in the country on Amazon.in and Tagg’s official website in a black hue.

Talking about the specifications, the Tagg ZeroG is equipped with dual 6.1mm drivers, Qualcomm 3020 chipset, and Bluetooth v5.0 that provides “stable connectivity.” The earbuds feature capacitive touch controls on both sides for calls, play and pause music; CVC 8.0 microphone that reduces the ambient sounds ensuring uninterrupted crystal clear calls and music listening experience, the company claims. The earphones weigh just 7 grams and are said to be ergonomically designed for a secure fit.

Speaking about the launch, Rohit Dhingra CEO and co-Founder of Tagg said, “We always strive to bring cutting edge technology to our customers at a relatively affordable price. ZeroG is the latest example where we are pushing the boundaries of innovation and providing Indian consumers with the opportunity to own high quality, truly wireless earphones with dual drivers.”