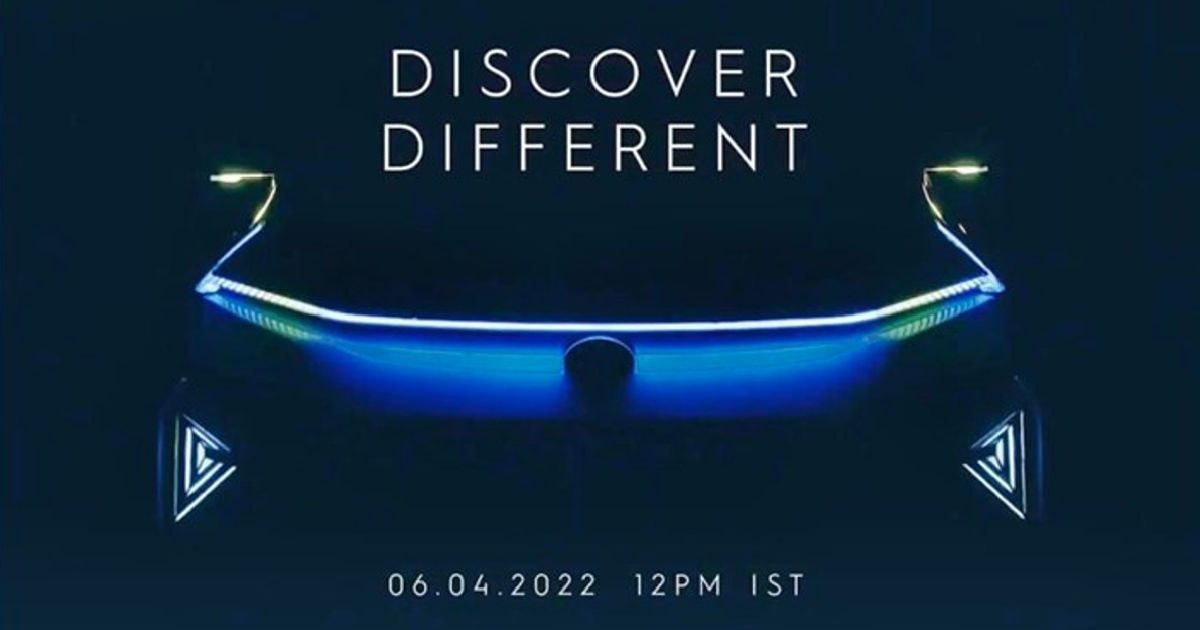 Tata Motors is all set to unveil the upcoming Tata Nexon Coupe concept car on April 6th, 2022 and the company plans on introducing the production-spec model by 2024. The new model is set to slot in above the Tata Nexon sub-4m compact SUV and below the Tata Harrier mid-size compact SUV. The fully electric version will go on sale in 2024 which will offer a larger sized vehicle for customers, upgrading from the regular Tata Nexon EV.

The Tata Nexon Coupe concept car was previously intended to be showcased at the 2022 Auto Expo, which was scheduled for February, but has now been postponed to January 2023. Tata Motors has thereafter planned on unveiling the product by itself on April 6th at 12pm IST.

Tata Nexon Coupe concept to be unveiled on April 6th 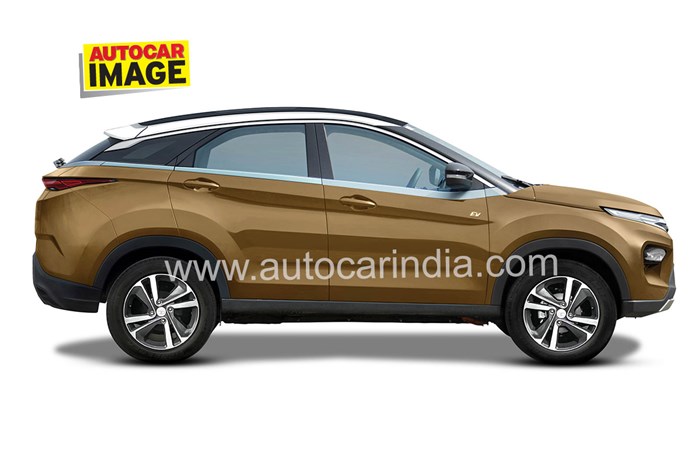 In terms of design, the teaser image shows a crisp looking concept car with some interesting design elements on offer. The Tata Nexon Coupe will inherit Tata’s Humanity Line upfront that would aesthetically connect the to DRLs flanked on either side of the front fascia. The lower half might don a sharply styled front bumper alongside which a set of the triangular light cluster. Tata Motors might treat the car with some new design elements unseen on Tata cars so far to differentiate it from its sibling.

Tata plans to sell 25,000 units of the electrified Tata Nexon EV coupe in the first year after its launch in 2024. The Tata Nexon Coupe EV models could also be positioned against the likes of the MG ZS EV and the Hyundai Kona EV. This will also compete against the Maruti-Toyota mid-size compact SUV that will come with a hybrid powertrain and is likely to hamper sales of plane jane ICE counterparts.

Tata Motors is expected to bring in ICE based powertrain options for the Tata Nexon Coupe as well which will include turbo petrol and a turbo-diesel power plant. These engine options will be put right up against the likes of the Hyundai Creta, Kia Seltos, VW Taigun and Skoda Kushaq.

The Tata Nexon Coupe is a vehicle that the Indian automaker has been working on for some time now. It was first brought into light by Autocar India and its concept form will finally become official on April 6th. Tata Motors urgently needed a vehicle to slot in above its sub-4m compact SUV Tata Nexon and below the much larger Tata Harrier mid-size compact SUV. This model will play a crucial role to fill the gap in the segment wherein the Hyundai Creta and Kia Seltos enjoy a monopoly, given that these cars offer the middle ground between cars the Nexon and the Harrier in terms of size and pricing.

The upcoming Nexon Coupe in its EV guise is likely to inherit the upgraded ZipTron drivetrain that is going to be launched on the 2022 Tata Nexon EV. A 40kWh battery pack is highly likely and so is more power and torque output gave the extra heft coming from the added length.

Tata Motors is also focussing on developing a 1.5-litre turbo petrol motor similar to the vanilla Nexon. Tata Motors will also upgrade the 1.5-litre turbo diesel seen on the sub-4m Nexon to produce more power as well as comply with BS6 norms. Manual and automatic transmissions are expected. A 6th gear will be a must as seen in the competition and will seriously aid highway cruising as well as fuel efficiency. Tata Motors recently introduced the Dual Clutch Autobox on the Tata Altroz premium hatchback which could be upgraded and adopted on the higher-performance variants of the Tata Nexon Coupe given the transmission’s inherent trait of faster shift times and agile nature.

When launched the Tata Nexon Coupe will take on multiple vehicles and might also take on the coupe version of the Mahindra XUV700, which according to sources has received a go-ahead from Mahindra.