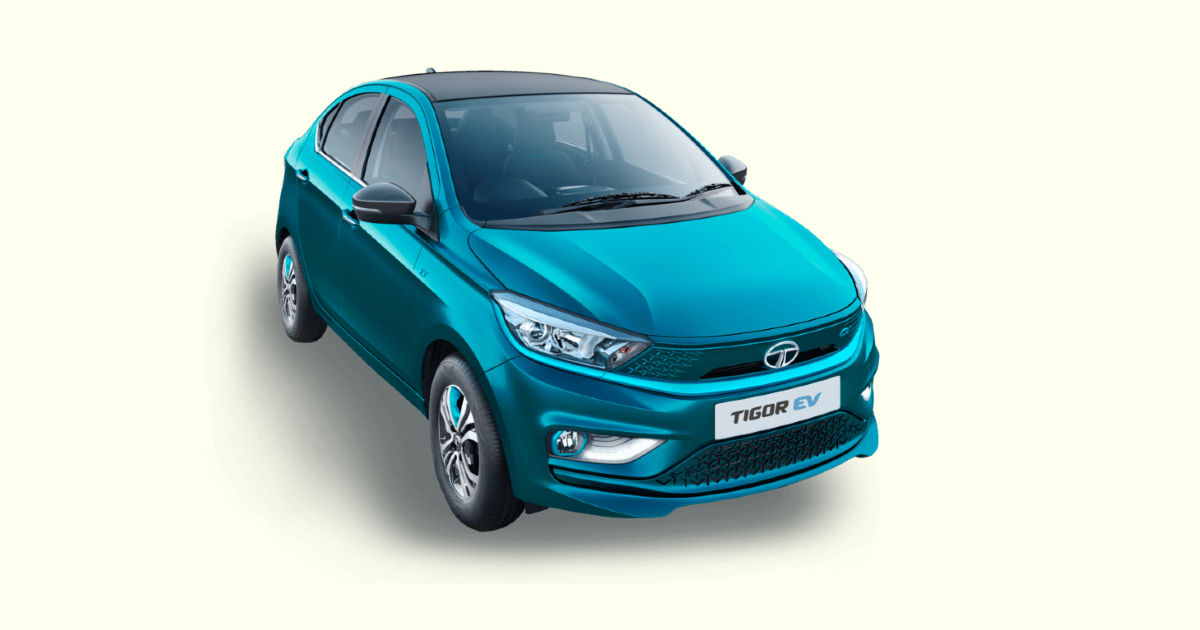 Tata Motors might be working on a newly updated variant of the Tata Tigor EV with a longer range, courtesy of a bigger battery. A new camouflaged test mule was recently spotted testing on public roads. The probability of such an update is even more likely owing to the upcoming update for Tata Motors’ hot seller EV – the Tata Nexon EV. The 2022 Tata Nexon EV launch is around the corner, expected to be unveiled on April 6th, and will benefit from a longer range amongst other upgrades. The Tata Tigor EV, which now comes with the ZipTron EV powertrain, is likely to adopt a bigger battery that can deliver a healthier range.

The Tata Tigor EV currently uses a permanent magnet synchronous motor that produces 74.7PS of peak power and 170Nm of peak torque paired to a 26kWh High energy density Lithium-ion battery pack. The entire system is good for a claimed range of 306km of range. Tata Motors might be working to boost the range. A decent range for the segment can be considered to be around 365km to 400km and with an adequately sized battery, a boost over the current capacity can be expected to achieve such a range.

The test car spotted on public roads is likely to be testing such a new set-up with a larger battery pack onboard. Changes will include cosmetic changes in the form of new front and rear bumpers, new paint schemes, and trims around the body. Major sheet metal changes are unlikely as that would push up costs.

In terms of mechanicals, additional strengthening, especially in areas like suspension, braking, and some chassis strengthening components can be expected to sustain the additional weight of the battery. Ground clearance of vehicles as a consequence might be altered as well. While power and torque figures are unlikely to change, Tata Motors might fine-tune the delivery to better handle the added weight.

The updated Tata Tigor EV will almost certainly see a feature list revision based on customer feedback. Lower variants might see omissions while higher variants might see additions of new features. To cater to a larger audience, Tata Motors is likely to keep both the higher and lower capacity battery variants on sale simultaneously.