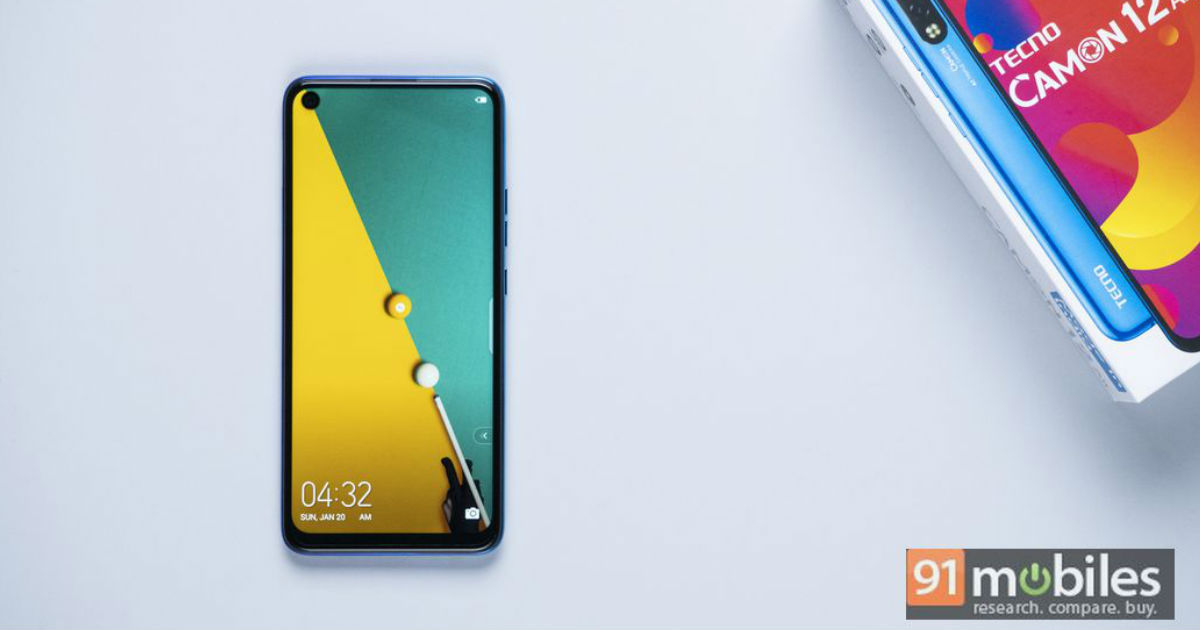 Tecno has been on a launch spree in India. The company has introduced as many as five smartphones across segments in about four months in the country. It all started with the mid-range Tecno CAMON Phantom 9 back in July, followed by the entry-level Tecno Spark Go and Spark 4 Air in August, and budget-oriented Tecno Spark 4 in September. Now, this month — ahead of Diwali — Tecno has rolled out CAMON 12 Air. Priced in the sub-Rs 10k territory, the handset will be available for sale in offline stores soon. We managed to spend some quality time with the phone, and here’s our first impression of the Tecno CAMON 12 Air. 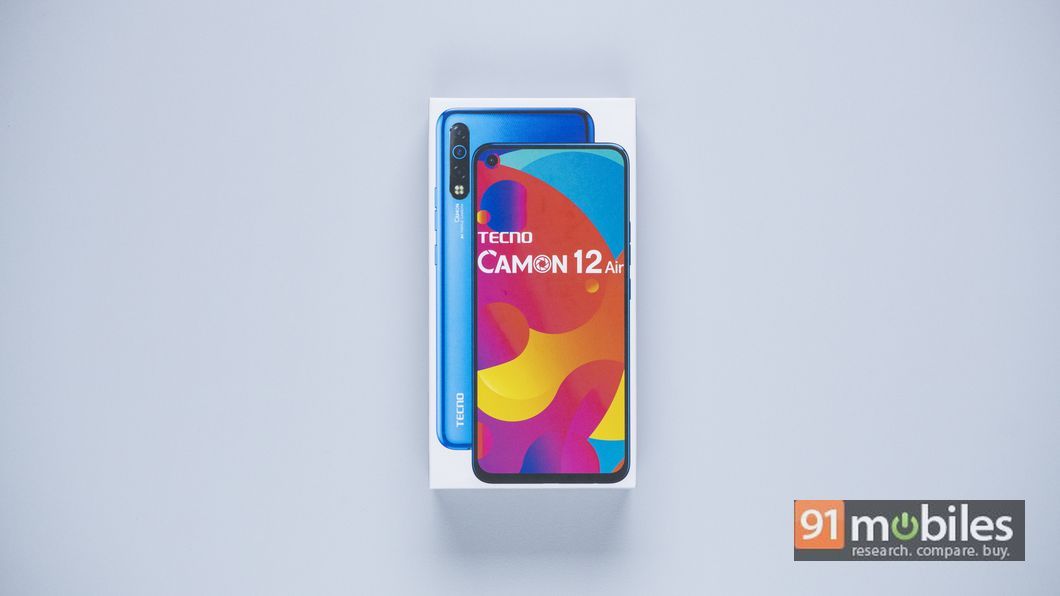 Let’s begin with the Tecno CAMON 12 Air unboxing. The handset comes inside a white-colour rectangular box that has images of the phone upfront and chipset, price, IMEI, and the other details at the back. The CAMON 12 Air is placed face-up as soon as you lift the cover of the box — we got the Bay Blue colour variant of the phone. Apart from this, the box also packs a SIM-ejection pin, micro-USB charging cable, 10W power adaptor, and a warranty card. 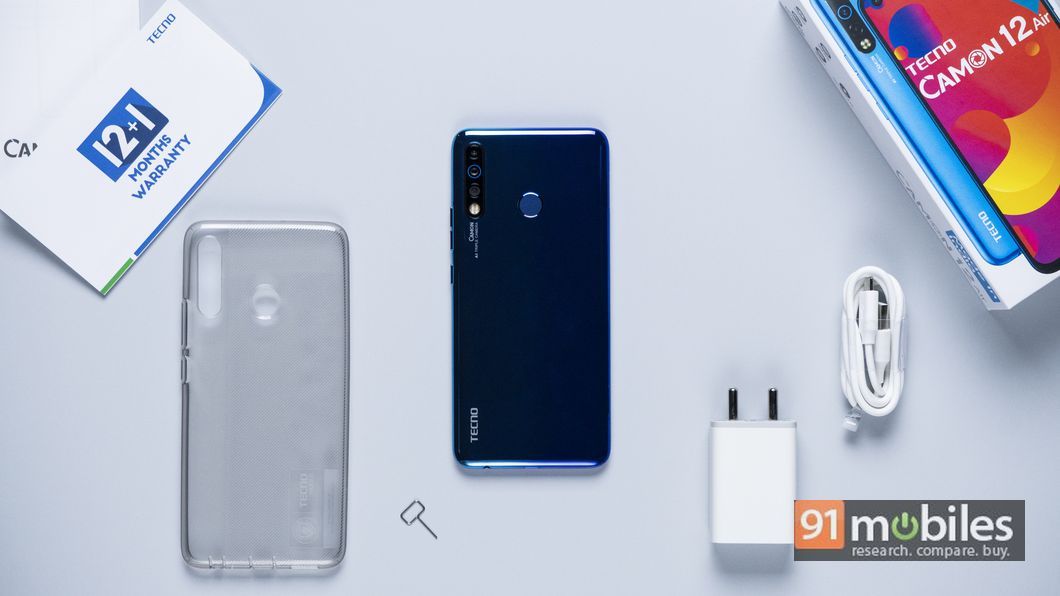 Talking about the handset, the Tecno CAMON 12 Air has put the best foot forward with the design. The phone has managed to rope in all contemporary trends, including punch-hole display, gradient finish, and polycarbonate layer at the back, and yet be affordable. The fascia of the CAMON 12 Air is dominated by the screen – except for the chin. The rear panel is home to a vertical-aligned triple camera module at the top-left corner and fingerprint scanner at the centre. The power and volume buttons are placed on the right spine, making them easily accessible. The SIM slot is on the left edge, while the 3.5 headphone jack, speaker grille, and charging port is present at the bottom edge. 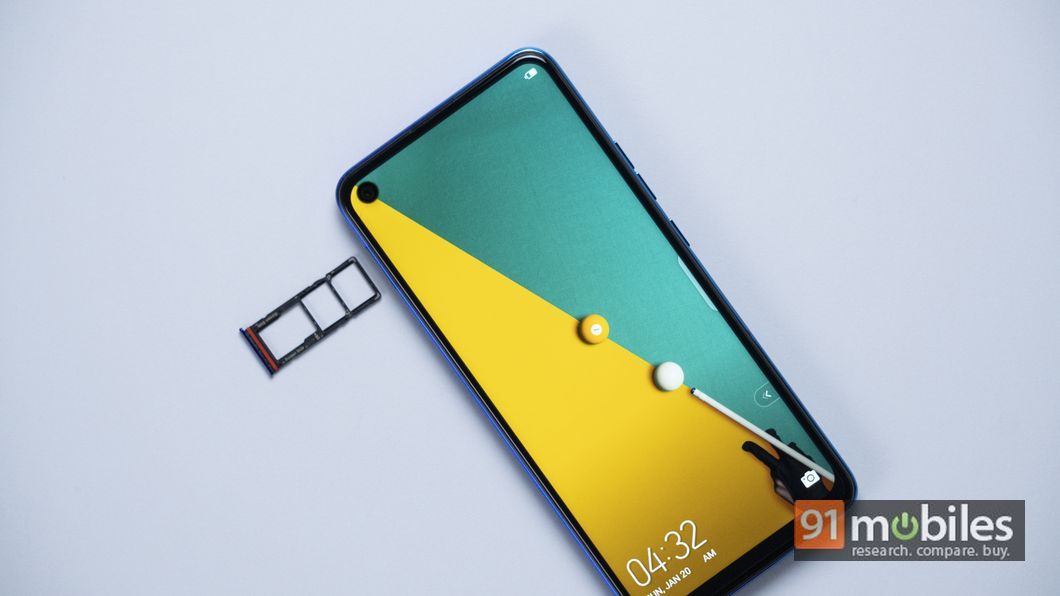 Overall, the CAMON 12 Air has a sturdy design with no creeks and flex when pressure is applied. However, we must point out that the phone is a bit slippery and prone to fingerprints and smudges.

The Tecno CAMON 12 Air packs a 6.55-inch display that gets bright enough to view even in a well-lit environment. The panel has 20:9 aspect ratio, 90.3 percent screen-to-body, and a punch-hole design for enabling an immersive viewing experience. However, the HD+ resolution, when combined with the large screen, means that the display isn’t as sharp. 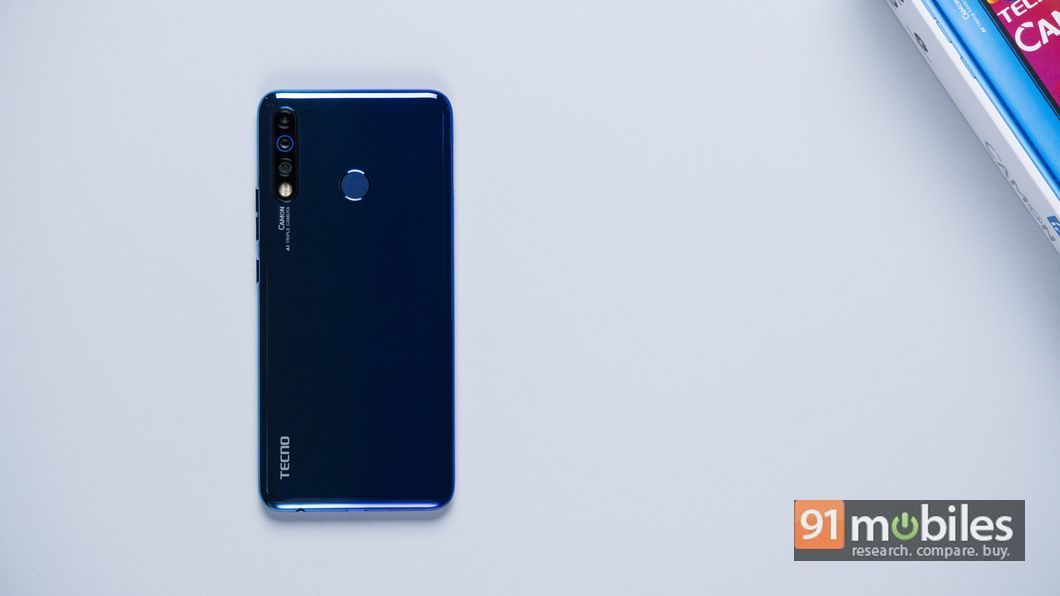 The other highlight of the CAMON 12 Air is its cameras. The phone packs an array of sensors on the rear panel that includes a 16-megapixel f/1.8 primary snapper, 2MP depth-sensing unit, and a 5MP wide-angle-cum macro lens. The cameras are backed by AI, quad-LED flash, and a bunch of modes such as Bokeh mode, AI beauty and stickers. The front camera of the phone features an 8-megapixel shooter that bears f/2.0 aperture, 4P lens, and 81-degree field-of-view for selfies and video calling. These specs look good on paper, and a few test shots we took do look promising – except for the colour accuracy, but we’d like to reserve our verdict for the full review. 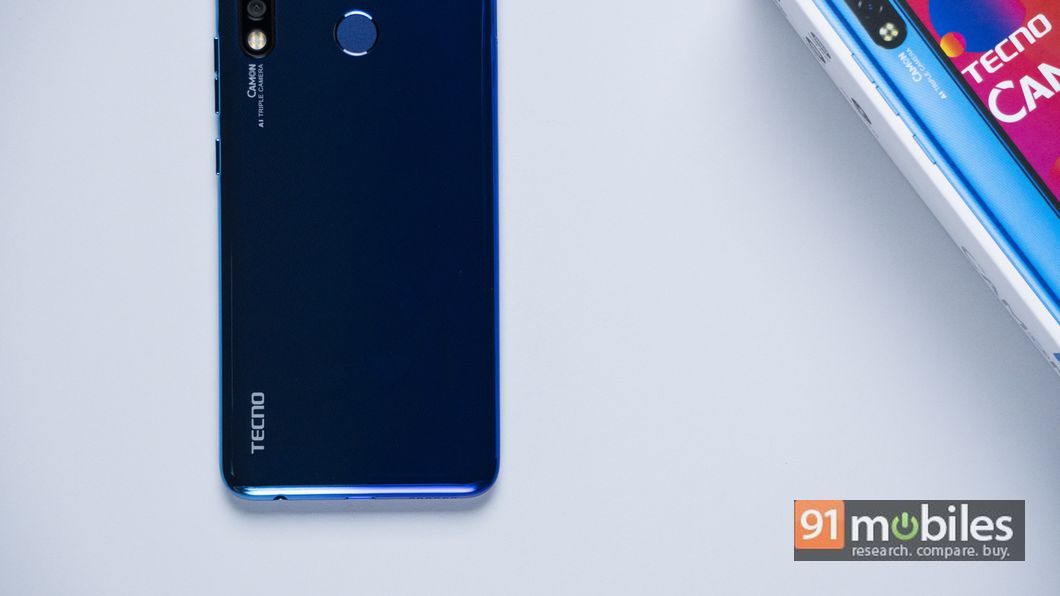 Talking about the performance, the Tecno CAMON 12 Air is powered by an octa-core MediaTek Helio P22 processor clocked at 2GHz. It’s a budget SoC that gets the basic job of opening and closing of apps as well as multi-tasking done with ease. This is coupled with 4GB RAM + 64GB storage that is further expandable up to 256GB with a dedicated microSD card slot. The rear-mounted fingerprint scanner is fast and accurate. Of course, you could use Face unlock too for unlocking the phone. Software-wise, the Tecno CAMON 12 Air boots Android 9 Pie with HiOS 5.5 custom skin on top. 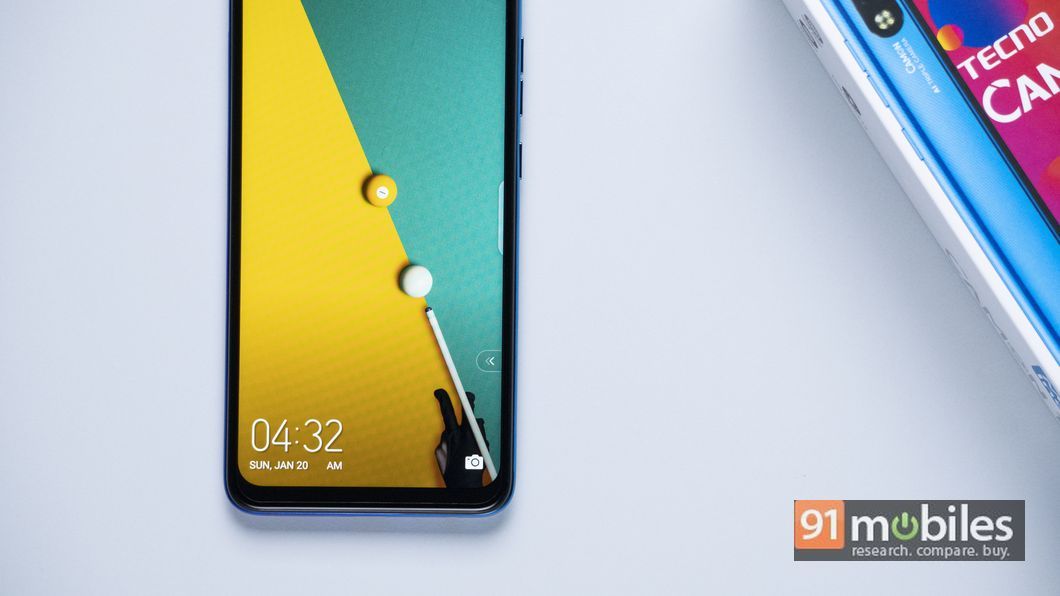 The Tecno CAMON 12 Air rocks a beefy 4,000mAh battery with AI power management to keep the things up and running. While we couldn’t put it to test, the company claims that the handset can last up to 12 hours on video playback, eight hours on gaming, 10 hours on web browsing, and 114 hours on music on a single charge. The handset measures 164.29 × 76.3 × 8.15mm and weighs 172 grams. In terms of connectivity, it offers dual 4G LTE, Wi-Fi, Bluetooth 5.0, GPS, GLONASS, and AGPS.

The Tecno CAMON 12 Air has been priced in India at Rs 9,999. The handset is among the most affordable smartphones with a punch-hole screen and triple rear cameras in the offline market. If these features are high on your list, the Tecno CAMON 12 Air will be able to do justice. If you’re looking for a handset with better performance and user experience however, then you can also check out the Realme 5 and Motorola One Macro.