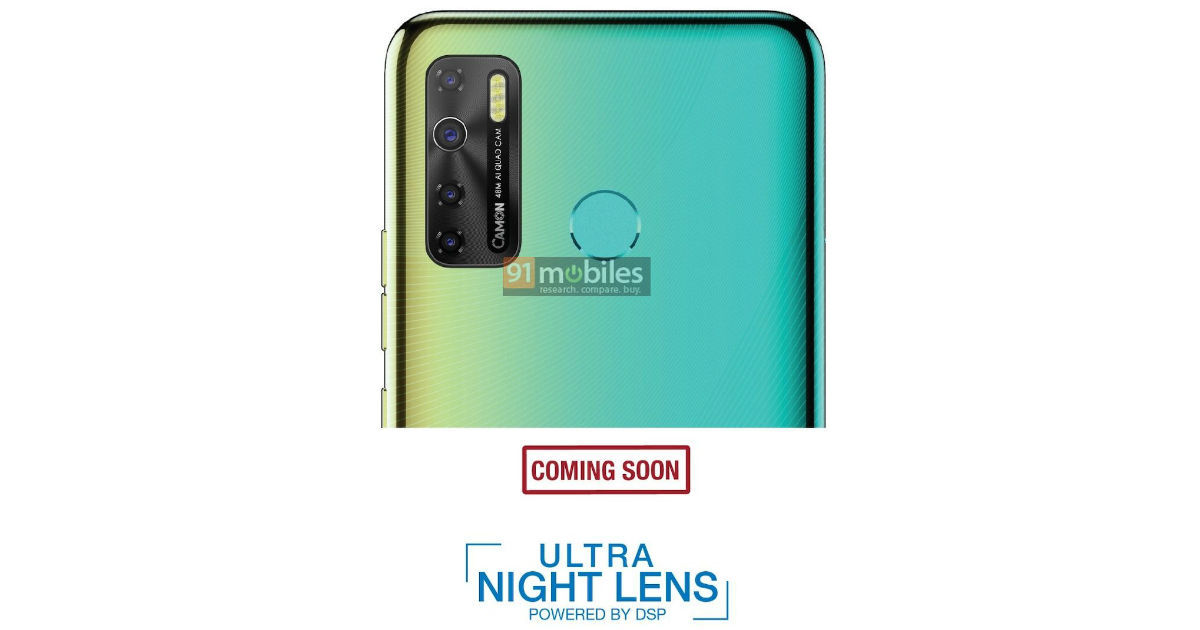 “TECNO Camon 15 will come with a punch-hole design, a 48MP primary sensor and a rear-mounted fingerprint sensor for security”

91mobiles recently reported that TECNO is gearing up to launch a new Camon-series smartphone in India with 48MP quad-cameras. Now, our sources tell us the phone will be called TECNO Camon 15. The company has even started teasing the handset’s night mode feature with #NewYouWithCamon hashtag on Twitter. The teasers have revealed the phone will feature a punch-hole cutout at the top-left corner to accommodate the selfie camera. It’s already known the TECNO Camon 15 will have a rectangular camera module at the back along with a physical fingerprint sensor for security and gradient design.

The night will never be the same again! Get ready to turn on the night! Coming soon. Stay tuned #NewYouWithCamon pic.twitter.com/1HRi50IsZs

The TECNO Camon 15 render image, leaked previously, revealed the volume rocker and power button are present on the right side. The punch-hole design means it should offer an impressive screen-to-body ratio. TECNO Camon 15 price is expected to be under Rs 10,000 and will be competing the Redmi Note 8 and Realme 5i. Unfortunately, not much else is known about the TECNO Camon 15, but since the brand has started teasing the launch, it shouldn’t be long before we learn more about the smartphone.

TECNO currently has three smartphone line-ups – Spark, Camon, and Phantom series. While the former is an online exclusive segment meant for budget and entry-level phones, the Camon-series handles the sub-Rs 10,000 price segment and lastly, the Phantom line-up will have phones between Rs 12,000 to Rs 15,000 space. The company had already invested in a couple of manufacturing units in the country and vowed to invest in R&D centres very shortly.