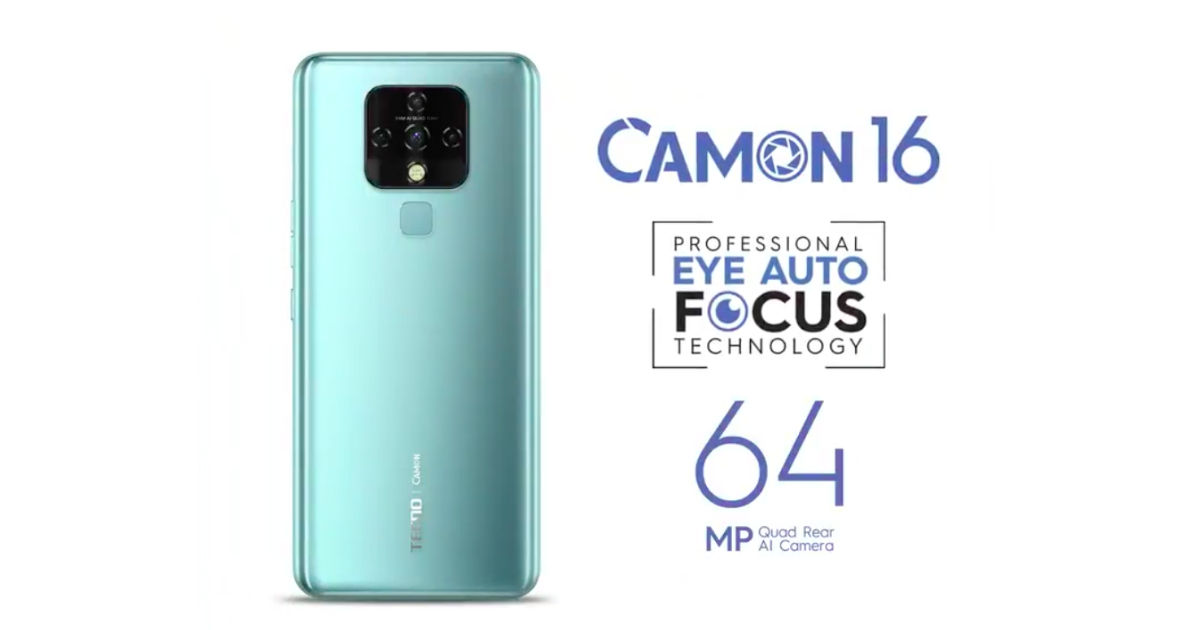 Tecno Camon 16 India launch is set for October 10th at 12 PM IST, as confirmed by the company. The handset will be available via Flipkart online and the listing is already up, revealing the design and key features. The Tecno Camon 16 is the brand’s first phone to ship with a 64MP camera. Tecno Camon 16 price in India could be on the affordable side and the phone may take on the likes of Realme 7i, Redmi Note 9, and others in the segment. The company is promoting the device as a camera-centric phone that can capture impressive low-light shots and quick autofocus, among other features. 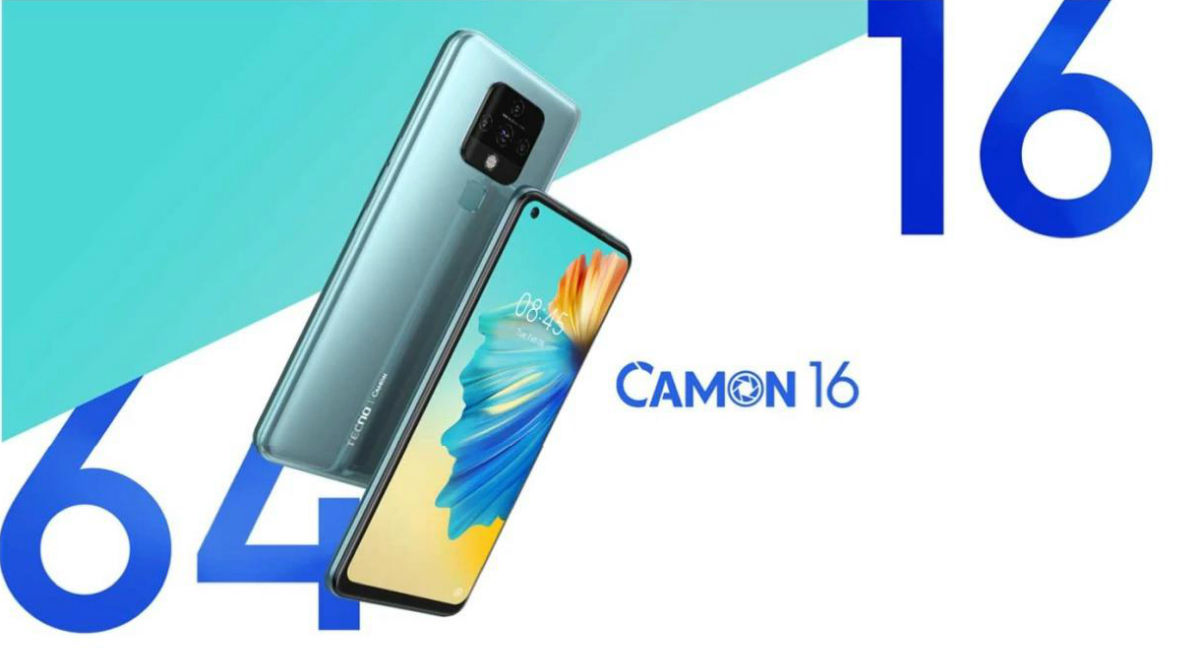 As for the design, the Tecno Camon 16 has a quad-camera setup arranged in a square module and an LED flash. There is also a rear-mounted fingerprint sensor just below the center-aligned camera module. The phone will be available in a new teal colour, but there should be other choices at launch. It has a punch-hole cutout on the front at the top-left corner to accommodate the front camera.

While the company hasn’t officially mentioned its hardware specifications, we can speculate it is likely to come with an HD+ display, a MediaTek processor, Android 10 OS with a custom skin, and 4G LTE connectivity. Unfortunately, that’s pretty much everything we so far know about the phone but since the launch is just a few days away, we don’t have to wait for much longer to learn more information about the Tecno Camon 16.