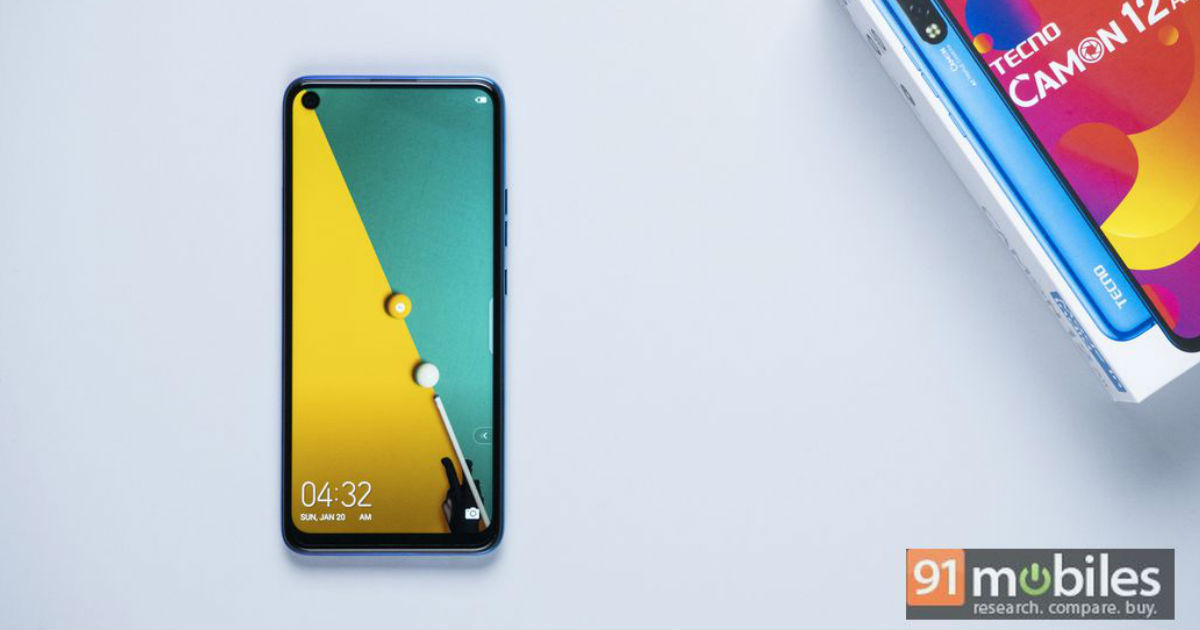 After launching the Tecno Camon 16 Premier earlier this month, the company seems to be gearing for another model in the series, called the Tecno Camon 16s. The handset has now appeared on Google Play Console listing, revealing some key specifications. The Tecno Camon 16s specs will include the MediaTek Helio P22 SoC paired with 3GB RAM and an HD+ punch-hole display with 720 x 1600 pixels resolution, according to the listing. The phone will run on Android 10 OS, probably skinned with Tecno’s custom UI. That’s pretty much everything that is revealed on Google Play Console listing, but we hope to come across more information soon. 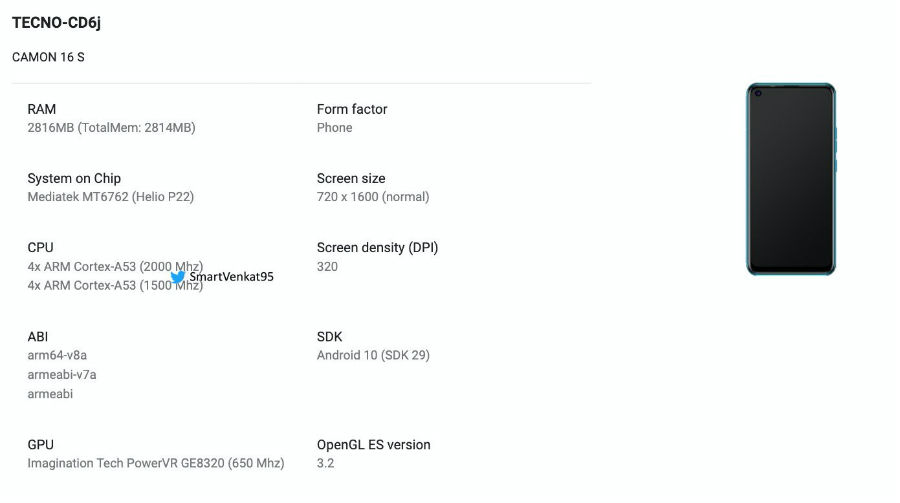 To recall the Tecno Camon 16 Premier specifications, it sports a 6.9-inch Full HD+ display with a pill-shaped punch-hole design, HDR10+, and a 90Hz refresh rate. It is powered by the MediaTek Helio G90T SoC paired with Mali-G76 3EEMC4 GPU, 8GB RAM, and 128GB storage that should be further expandable. The phone runs Android 10 OS with HiOS custom skin on top. As for the optics, the Tecno Camon 16 Premier has a 64MP Sony IMX686 primary sensor, an 8MP ultrawide-angle snapper with 119 degrees field of view, a 2MP 1080p ultra night portrait lens powered by TAIVOS, and a 2MP depth sensor for portrait shots.

Tecno Camon 16 Premier packs in dual selfie snappers, including a 48MP primary sensor and an 8MP ultra-wide-angle lens with 105 degrees view. The phone houses a 4,500mAh battery with 33W fast-charging support fuels the phone. It has a side-mounted fingerprint sensor for security and heat dissipation heat pipe that is claimed to cool down the phone by up to 2 degrees. Connectivity options include 4G LTE, Wi-Fi, Bluetooth, and GPS. The Tecno Camon 16 Premier price is set at KES 28,999 (approx Rs 19,700) in Kenya.