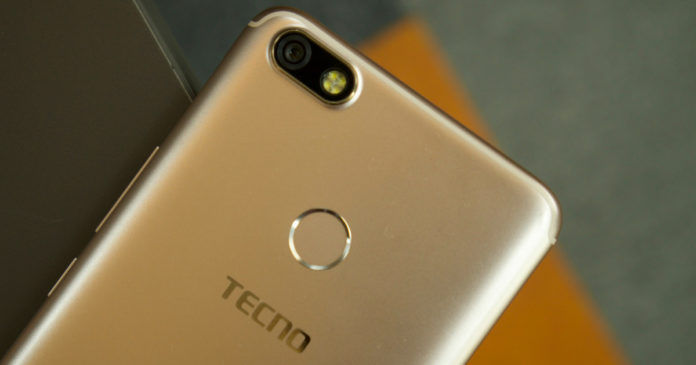 Just a couple of days ago, Transsion-owned TECNO announced a trio of smartphones in the Camon series – iAir 2+, i2, and i2x (first impressions). In order to capitalise on the upcoming festive season however, the company will be launching its flagship as well. As per our source, the launch will happen on October 3rd. While we couldn’t ascertain the name of the handset, it’s said to be the successor of the iCLICK (first impressions), which was released earlier this year.

The biggest highlight of the forthcoming TECNO flagship will be its AI-powered 24-megapixel selfie camera. In fact, it could be the most affordable handsets with such a high-resolution snapper at the front. The phone will come with a pair of shooters at the rear, offering bokeh mode as well as AI capabilities. Along with the conventional fingerprint scanner, the smartphone will also support face unlock. Similar to recently-launched offerings from the company, the upcoming flagship will feature a glass-sandwich construction.

As far as the other specs are concerned, our source reveals that the upcoming smartphone from TECNO will feature a 6.2-inch display with a full HD+ resolution, and an aspect ratio of 19:9 to accommodate the notch. It’ll draw power from MediaTek’s octa-core processor, though the exact model isn’t known. For storage, the device will sport 4GB of RAM and 64GB of expandable storage. Juicing up the phone is a beefy 3,750mAh battery. The software version isn’t known, but if we have to guess, it’d be Android 8.1 Oreo with the company’s proprietary HiOS on top.

Considering the TECNO Camon iCLICK was launched with a sticker price of Rs 13,999, we can expect the brand’s flagship to be priced below Rs 15k. We’ll get to know more details about the handset soon enough, so keep watching this space.