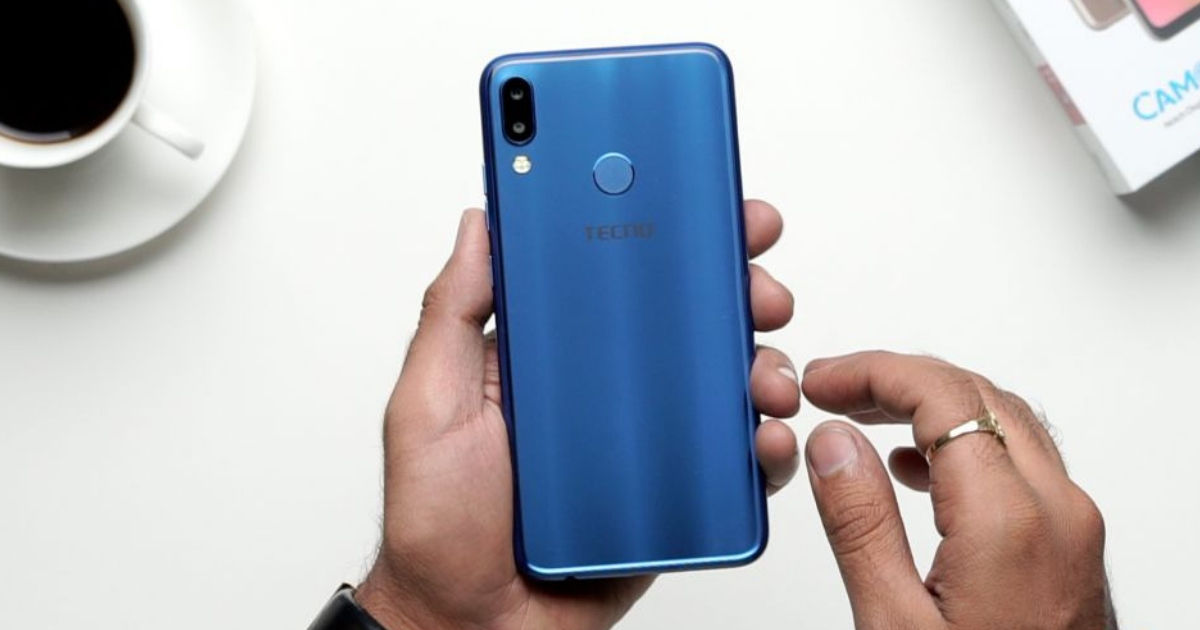 The Transsion Holdings-owned brand, TECNO has been around for a while in India and is mainly known for its budget offerings. However, the brand is now stepping up its game and moving to the mid-range segment in India. 91mobiles recently reported a render of the upcoming smartphone from the brand after TECNO announced the launch of its new Camon series. Today, the company has gone ahead and launched the TECNO Camon i2X in India, which is its latest flagship and marks the debut of the brand in the notch arena. The smartphone arrived at our labs soon after the launch, and here’s what we think of it. 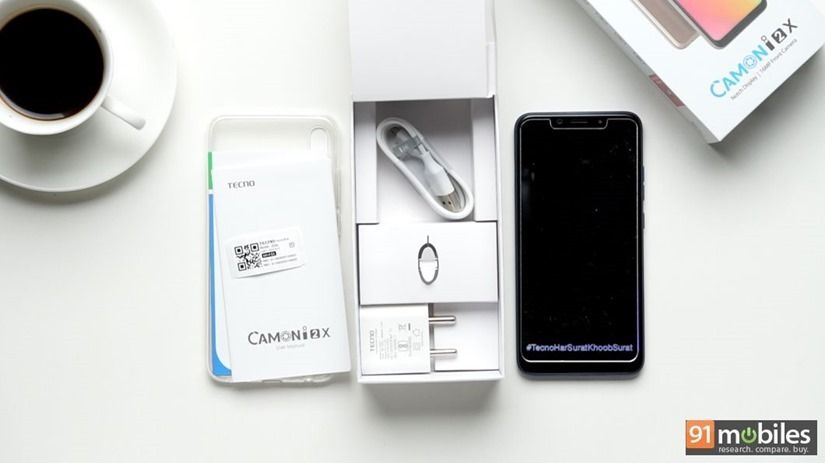 The packaging of the smartphone is not very different from the TECNO devices we have unboxed in the past. It comes in the same white box with branding all around, phone’s visual on top and core specs listed at the bottom. However, there is one curious detail added by the brand with this offering. As soon as you lift the lid of the box, you are greeted by your own face smiling back at you. This is because the unit that we received had a protective mirror layer atop the display, with the text ‘#harssuratkhubsurat’ emphasising the selfie prowess of the device. However, the general retail box of the Camon i2X may or may not have the mirror layer on top, instead, it might have a transparent screen protector.

Under the smartphone, you will find the documentation, SIM ejector tool, wall charger and micro-USB cable. That’s all there is to the packaging. 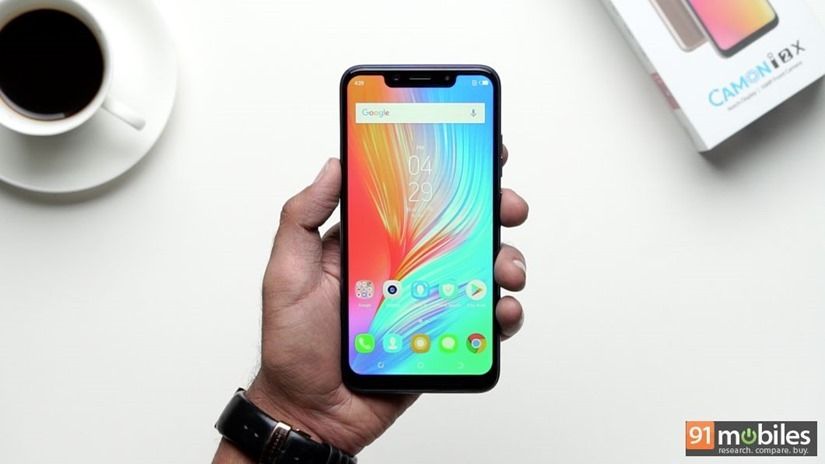 Coming to the smartphone, the Camon i2X is a stark detour from the earlier smartphones by the brand and in a good way. The smartphone comes with a plastic build but with a glossy mirror finish on the back that has a wave-like effect when the light hits it at an angle. The rear panel houses the dual camera module, quad LED flash and circular fingerprint scanner. You will find the physical buttons on the right spine, SIM tray on the left, and the loudspeaker, 3.5mm audio socket with micro-USB port at the bottom. The SIM tray on the latest launch features a dedicated microSD card slot so that you don’t have to let go of the secondary SIM to expand storage.

However, the cherry on the cake is the display which comes with a notch up top. Unlike most budget smartphones with a display notch, the one on TECNO Camon i2X doesn’t feel like a waste of space as the brand has spread out the selfie camera, earpiece and a dedicated soft LED selfie flash across the notch.

Speaking of the display, the smartphone has been equipped with a massive 6.2-inch panel with a screen resolution of 1,500 x 720 pixels. The display is sharp, has good viewing angles and also gets an outdoor mode for better legibility under direct sunlight. There is a mode, like earlier TECNO phones, which prevents accidental touches when in the pocket. Moving on to the performance, the TECNO Camon i2X comes with a 2GHz octa-core MediaTek MT6762 chipset backed by 4GB RAM and 64GB storage, of which 51.65GB is available to the user. The smartphone jumped between the apps and handled an extensive game like Asphalt 9 with ease, so no complaints on that front during our initial testing. 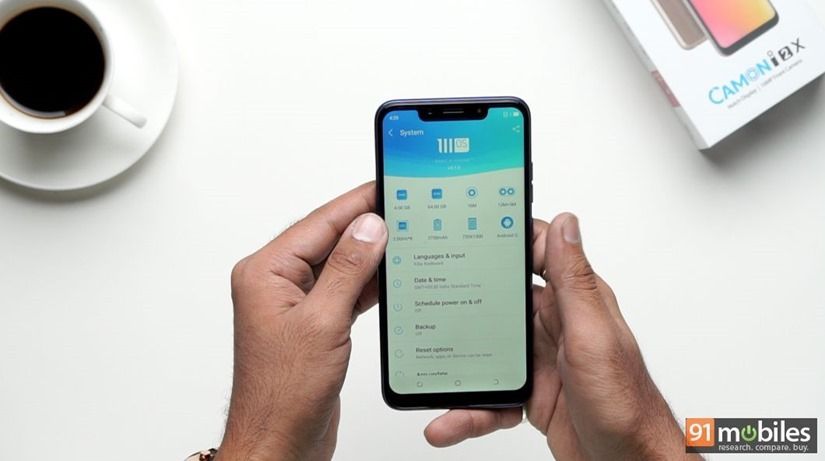 On the software front, the Camon i2X boots HiOS 4.1 based on Android 8.1 Oreo out of the box. The software has been loaded with third-party apps like Opera News, PHX Browser, Facebook and WhatsApp. Thankfully most of these can be uninstalled to free up resources on the device. One interesting addition is the Carlcare app, which is the after-sales partner for the brand and lets you book repair services and check the warranty from the app itself. The OS also features support for gestures, eye care and more. A 3,750mAh battery powers the whole package. 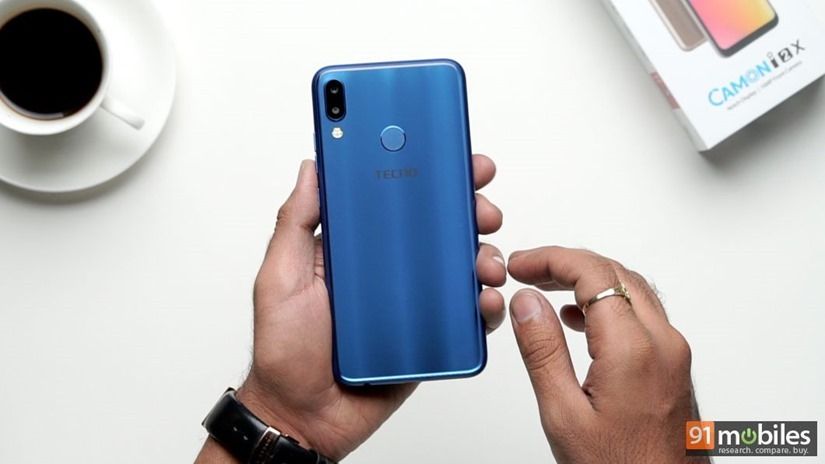 The TECNO Camon i2X comes as part of a camera-centric series and as such flaunts an impressive set of cameras. The brand has equipped the latest with a dual camera module on the rear panel comprising of a 13MP f/1.8 shooter backed by 5MP f/2.4 secondary camera and quad LED flash. For selfies, you get a powerful 16MP snapper with a dedicated LED flash for low light self-portraits. The camera app has been loaded with features like Bokeh, Beauty, HDR, AI Cam and Super Pixel. Both the rear camera and selfie shooter produced decent images in our brief stint with the handset.

We were particularly impressed with the Bokeh images from the rear camera, which showed no sign of soft edges thanks to the secondary camera. The Super Pixel mode also produced some highly detailed images with what we are assuming to be the pixel bining technology. However, we advise against using the Bokeh mode in selfie camera as the soft edges are particularly glaring. 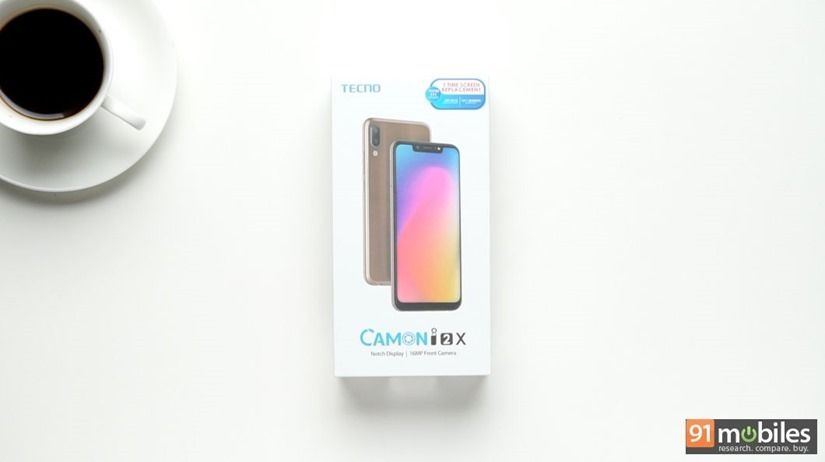 To summarise, TECNO Camon I 2X is indeed one of the most valiant launches by the brand. A notch that doesn’t feel like it’s there just for the heck of it, good display, great cameras and smooth performance, the smartphone has a lot going in its favour. However, the smartphone goes up against the likes of Nokia 5.1 Plus (first impressions), Realme 1 (review) and the ASUS ZenFone Max Pro M1 (review). On the flip side, TECNO offering will also be available offline, which is a plus.