91mobiles.com
Home News Tecno CAMON i4 launched as the most affordable smartphone with triple rear... 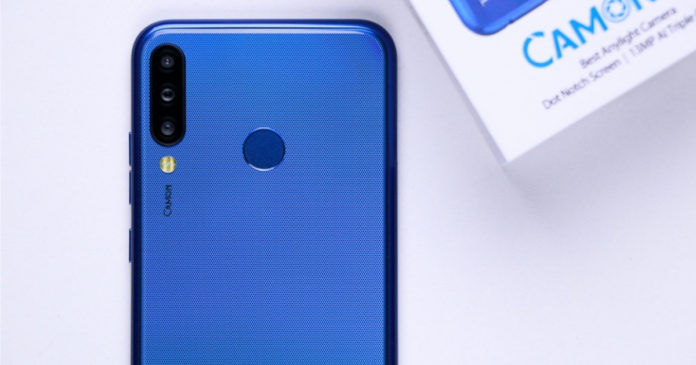 Tecno, the sub-brand of Hong Kong-based Transsion Holding group, has unveiled a new smartphone called CAMON i4 in India. The new Tecno CAMON i4 is a camera-centric smartphone with triple cameras on the back. In fact, it is the most affordable handset with triple rear cameras — prior to this, the Samsung Galaxy M30, price starting at Rs 14,990, held this distinction. 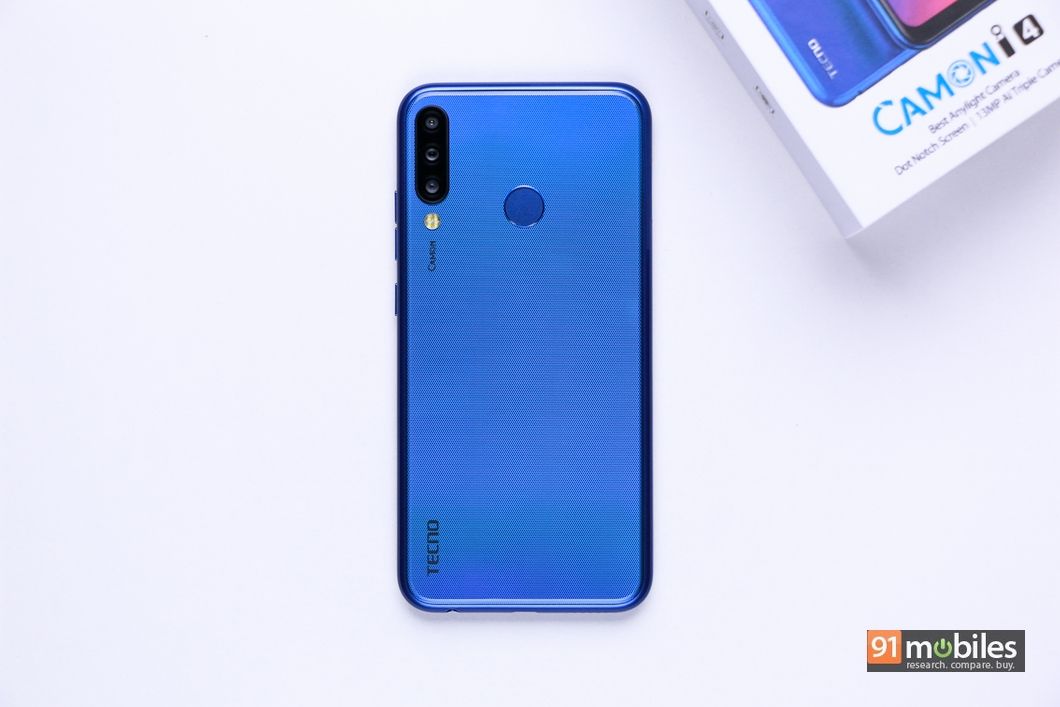 Tecno CAMON i4 price in India

The Tecon CAMON i4 price in India starts at Rs 9,599 for the 2GB RAM and 32GB storage variant, while the 3GB RAM and 32GB storage option costs Rs 10,999. The top-end 4GB RAM and 64GB storage variant will set you back to Rs 11,999. The handset comes in four hues — Midnight black, Aqua Blue, Nebula Black, and Champagne Gold — and goes on sale in offline stores across the country starting today. The company is offering the device with one-time screen replacement within six months of the purchase, 100-day replacement warranty for any manufacturing defect, and one-month extended warranty on top of the 12 months.

Starting with its cameras, the CAMON i4 rocks a combination of 13-megapixel (f/1.8) primary sensor, a 2-megapixel depth sensor, and an 8-megapixel 120-degree wide-angle lens with LED flash on the rear. While for selfies and video calling, the device features a 16-megapixel shooter with AI Beauty mode on the front and screen flash. The cameras come with features such as AR Mode and AI Auto Scene Detection as well as Night Algorithm 2.0 and Rear Super Quad Flashlight to click bright photos even in lowlight conditions. 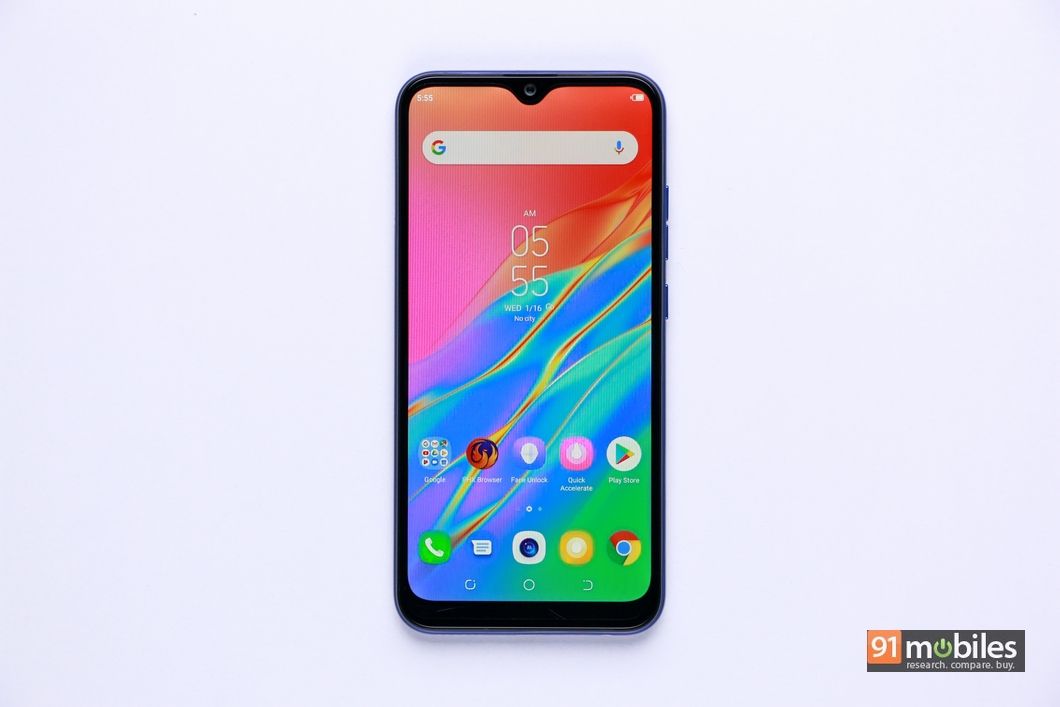 The handset sports a 6.22-inch HD+ display that bears a tiny cut out up top – marketed by Tecno as ‘Dot Notch’. The screen boasts of 19.5:9 aspect ratio and 88.6 percent screen-to-body ratio and is said to offer a better viewing experience. The CAMON i4’s 2GB RAM and 3GB RAM is driven by MediaTek’s Helio A22 chipset, while the 4GB RAM option is powered by the octa-core Helio P22 SoC. The handset comes in two storage variants – 32GB and 64GB – with a dedicated microSD card to further expand it up to 256GB.

Powering the handset is a 3,500mAh battery with fast-charging support to quickly juice it up. The CAMON i4 boots HiOS 4.6 based on Android 9 Pie out of the box, and offers connectivity features such as dual SIM, 4G LTE support, Wi-Fi, Bluetooth, and 3.5mm headphone jack. A rear-mounted fingerprint sensor rounds off the specs sheet of the handset.