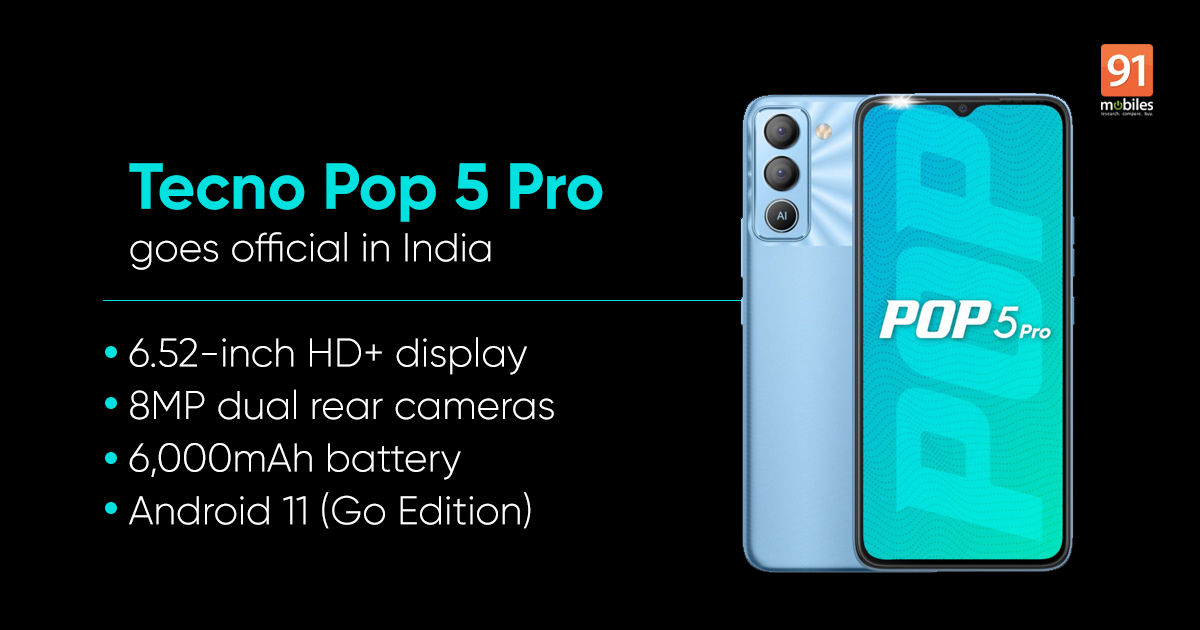 The Tecno Pop 5 Pro budget phone has been launched in India just days after the Pop 5 LTE made its debut in the country. It is the latest Pop-series phone and comes with a pretty standard design, including a waterdrop notch for the selfie snapper and a rectangular module to house dual cameras, as well as a large 6,000mAh battery. The Tecno Pop 5 Pro comes with support for 14 regional languages, IPX2 rating for splash resistance, and Android 11 (Go Edition) operating system with the company’s HiOS skin on top. Other key specifications include a 6.52-inch HD+ display, 32GB storage, a 5MP selfie snapper, and 4G LTE connectivity. 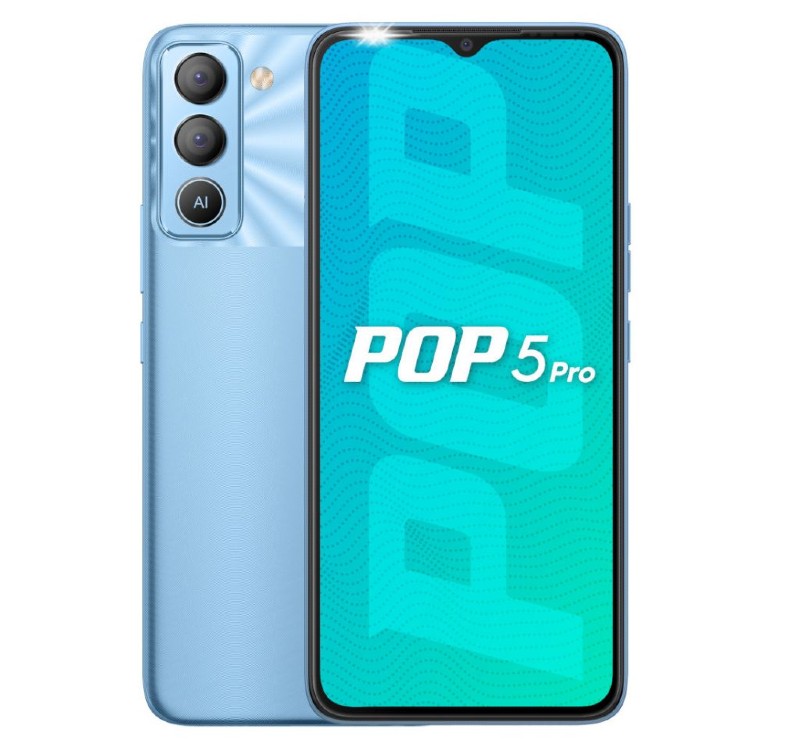 Tecno Pop 5 Pro price in India is Rs 8,499 for the sole 3GB RAM and 32GB storage configuration. It will be available in Ice Blue, Sky Cyan, and Deepsea Luster colour options. The handset can be purchased at all leading retail stores across the country starting from today i.e January 19th 2022.

Tecno Pop 5 Pro sports a 6.52-inch HD+ LCD display with 1,600 x 720 pixels resolution, 2.5D curved glass, and 269ppi pixel density. The display also features 480nits brightness, 120Hz touch sampling rate beneficial for gamers, a 90 percent screen-to-body ratio, and a waterdrop notch to house the selfie camera. It runs on Android 11 (Go Edition) with HiOS 7.6 custom skin. While the company hasn’t explicitly mentioned the chipset details, it could be powered by the MediaTek Helio A22 12nm processor paired with 3GB RAM and 32GB storage that is further expandable up to 256GB via a microSD card.

The Tecno Pop 5 Pro features dual cameras with an 8MP (f/2.0 aperture) primary sensor and an AI secondary lens. There is a 5MP snapper on the front with an f/2.0 aperture and LED flash for selfies and video chats.

A 6,000mAh battery with standard charging support fuels the phone. It is claimed to offer up to 54 hours of talk time and 120 hours of music playback. It comes with features like an ultra power-saving mode for extended battery life, Vault 2.0, Smart Panel 2.0, Kids Mode, Social Turbo, Peek Proof, Voice Charger, and an Anti-Theft alarm. Connectivity features include 4G LTE, Wi-Fi, GPS, 3.5mm audio jack, and Bluetooth 5.0. 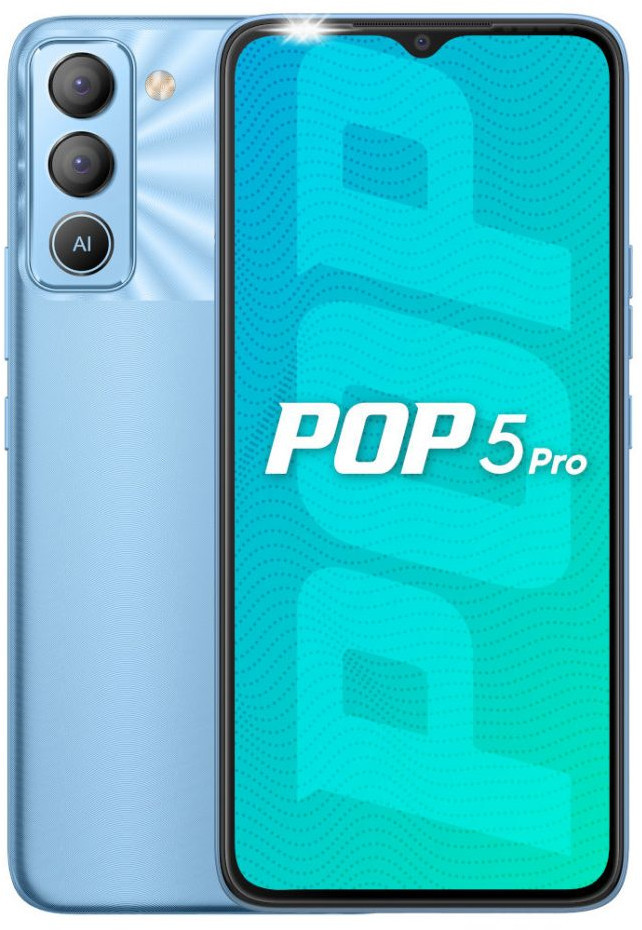 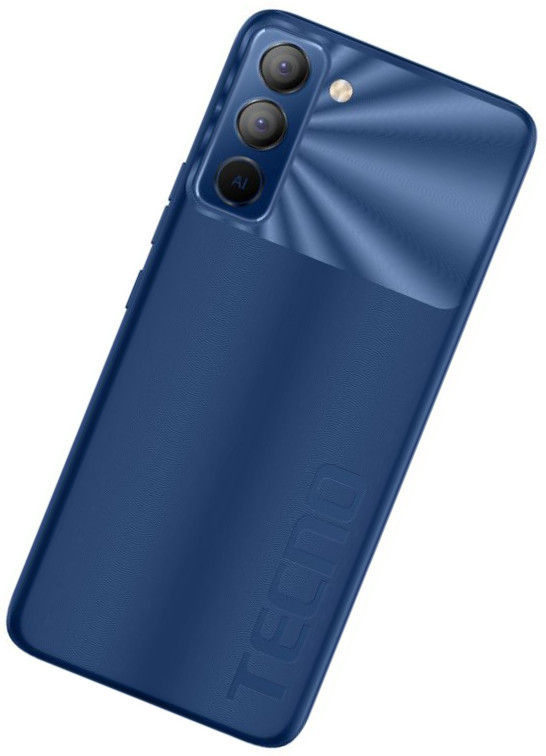