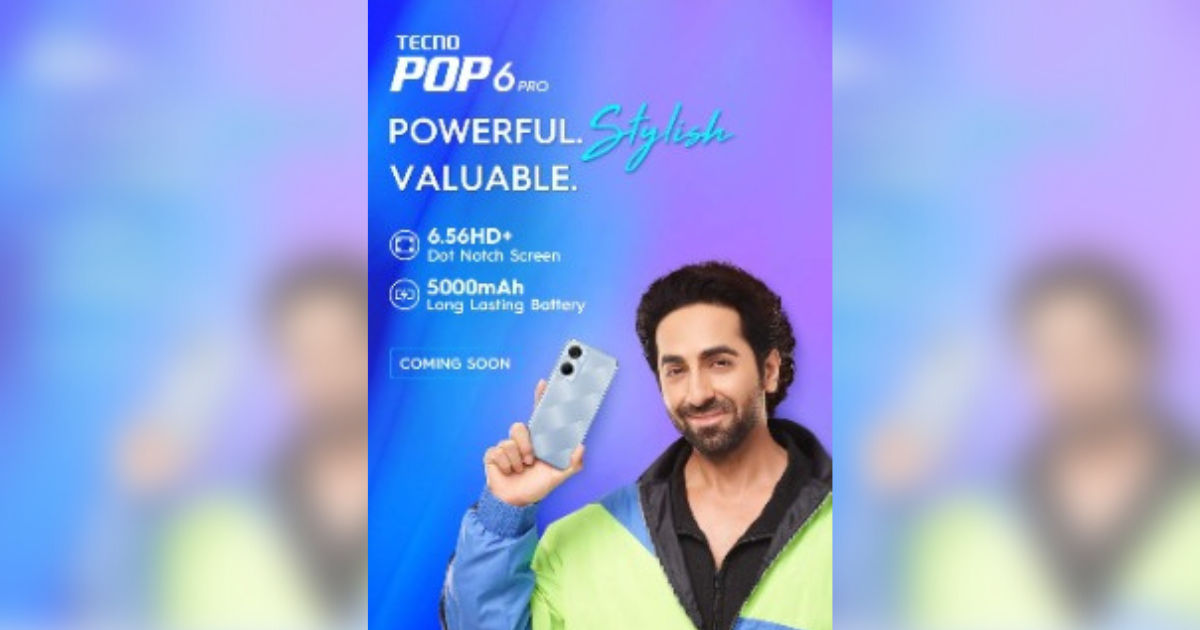 Apart from the display and the camera, the Tecno Pop 6 Pro is going to come with a 5,000mAh battery that is claimed to offer up to 42 days of standby time. The smartphone has been teased to come in two colour options – Peaceful Blue and Polar Black. Images show a pattern on the back panel, with diagonal strips running through it.

The Tecno Pop 6 Pro is said to succeed the Tecno Pop 5 Pro, which was launched in India earlier this year in January. The Tecno Pop 5 Pro comes with a 6.52-inch LCD display with an HD+ resolution and 120Hz touch sampling rate. The smartphone is powered by an unspecified processor, paired with 3GB RAM and 32GB of internal storage.

This multi-colour smartphone which changes colours is launching soon in India: here are its specifications