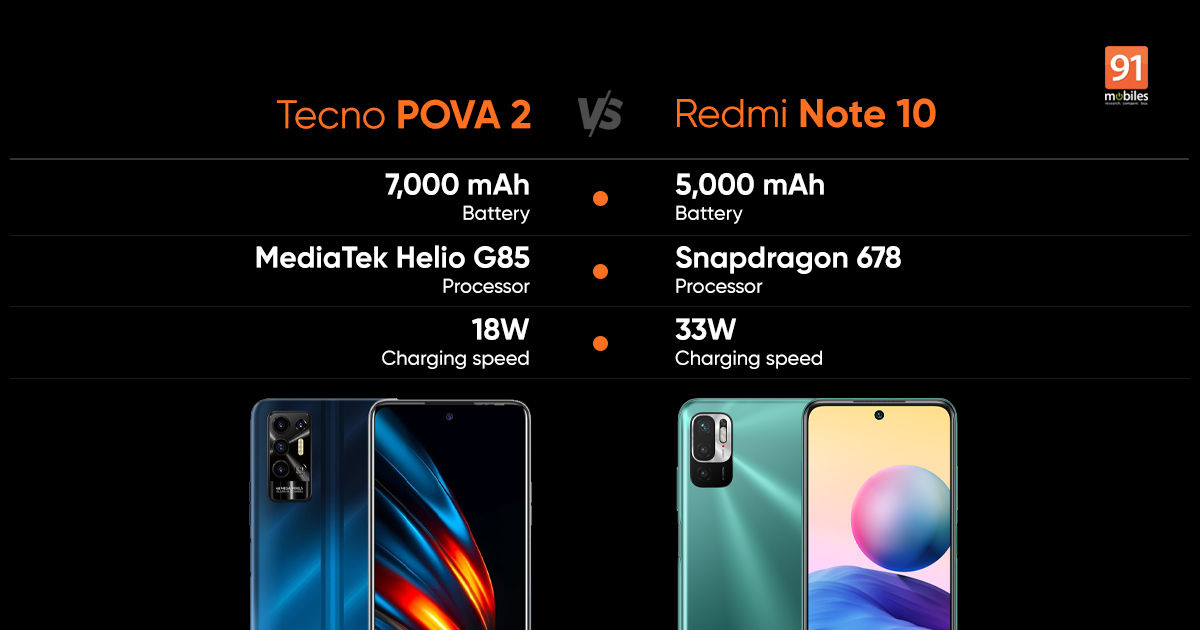 Chinese smartphone maker Tecno has just come out with its latest budget device called the POVA 2. The most standout feature on the new smartphone is most definitely the inclusion of a 7,000mAh battery, something no other smartphone in its price range can provide as of now. So how much of a battery powerhouse is the POVA 2 and how much of an advantage does this massive battery have over some other contemporaries in the budget segment? 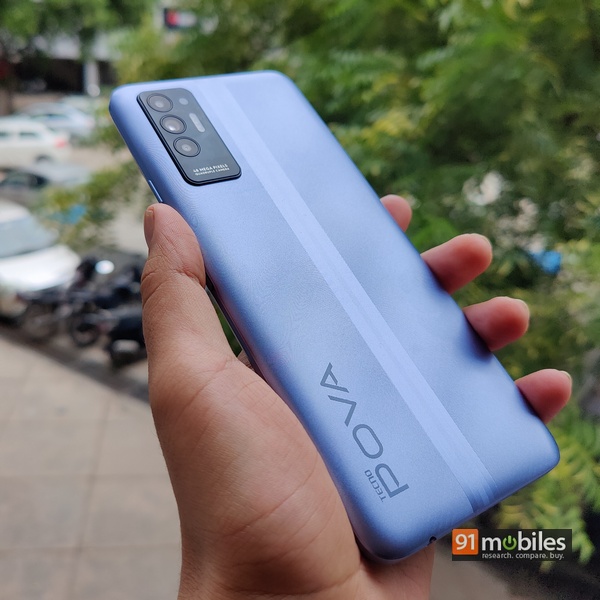 For this comparison, I have chosen the popular Redmi Note 10 (review) which is a direct competitor to the Tecno POVA 2 and comes with a 5,000mAh battery. Right at the outset, it does seem clear that the POVA 2 will trump the Note 10 in just about all metrics related to a battery test. However, I will try and assess just by how much through PCMark’s Battery 3.0, charging, and 30-minute gaming tests.

One way to gauge a smartphone’s daily battery life is through the PCMark benchmark. The Battery 3.0 test runs a simulation of normal usage on a smartphone, which involves watching videos, browsing on the internet, going through documents, etc, on loop. For the Tecno POVA 2, PCMark’s Battery 3.0 test returned a total time of 20 hours and 30 minutes, which I believe to be slightly on the lower side. The  Samsung Galaxy M51 (review), which also packs in a 7,000mAh cell, was able to run this test for 26 hours. In comparison, the Redmi Note 10, with its 5,000mAh battery, got a score of 17 hours and 20 minutes. In percentage terms, the Note 10 has a cell that has about 30 percent less capacity. However, in terms of the overall PCMark score, the Note 10 is about only 15 percent lower than the POVA 2. This leads me to believe that even though the latter does offer better power backup, it’s the former which makes use of the battery in a more power-efficient manner.

The Tecno POVA 2 features 18W fast charging but juicing up a device with a 7,000mAh battery does take time. In comparison, the Redmi Note 10 has a 33W charging solution that has to power up 5,000mAh. As percentages, the POVA 2 has a nearly 50 percent slower charging speed while having a 30 percent bigger battery to power up. The device manages to charge up from 20 – 100 percent in 2 hours and 27 minutes. For the Redmi Note 10, the time was 1 hour and 34 minutes. It is clear that what Xiaomi’s phone loses in battery capacity, is made up for with its fast charging speeds.

Thanks to its big battery, the POVA 2 can last for a while playing Call of Duty: Mobile. It is also important to note that the device can run the game only at Low or High Graphics Quality (GQ) settings and High or Medium Frame Rate (FR) settings. The Redmi Note 10 can be tuned up to Max FR and Very High GQ thanks to the Qualcomm Snapdragon 678 chipset. To even the scores, I set both phones at the same graphics settings and ran CoD for about 30 minutes. The Tecno POVA 2 managed to drain about 3 percent battery while the battery drain on the Redmi Note 10 was closer to six percent. Also, something else to note was that Note 10’s battery temperature rose by about 8 degrees while the POVA 2 was relatively cooler at 5 degrees.

The Tecno POVA 2’s mammoth 7,000mAh battery delivers good results. Even so, the PCMark tests have revealed the device’s battery gains are not translated to its full potential in real-world usage. Added to the fact that it takes a significantly longer time to charge the device as well, it is clear that any battery advantage on the POVA 2 is lost. A full review of the POVA 2 is in the pipeline as you read this, but it would be safe to say that the Redmi Note 10 can easily stand up to it in battery terms, despite its significantly lower battery capacity. This corroborates our belief that specs aren’t everything.

Realme 9i vs Moto G51 vs Redmi Note 10: performance and benchmarks comparison