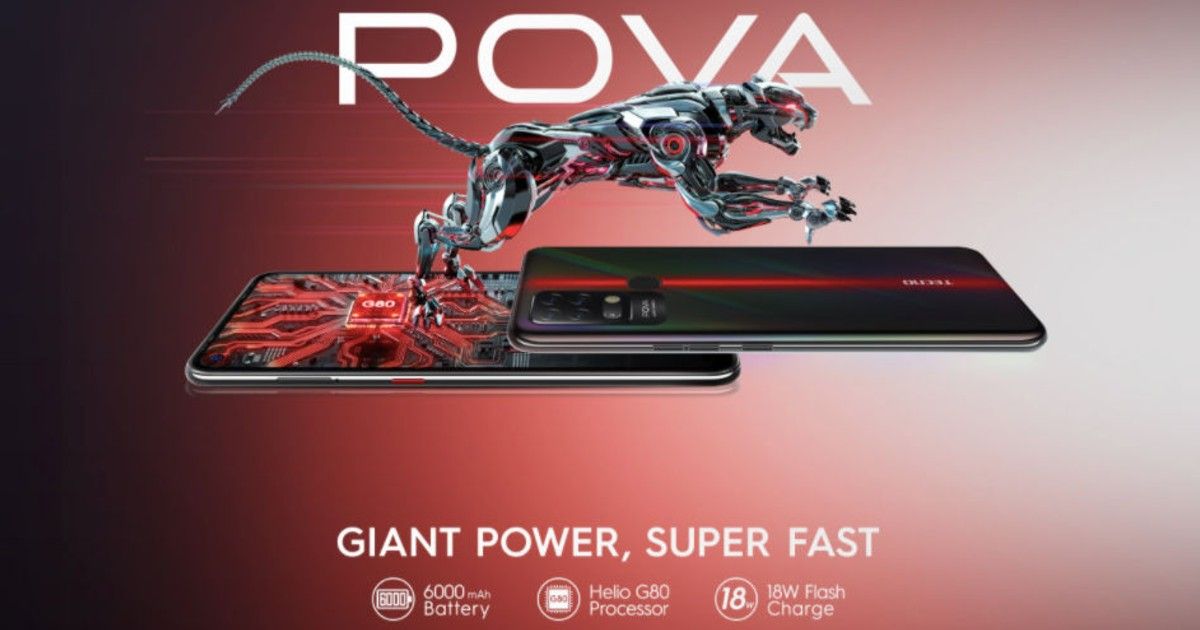 Tecno POVA launch date in India has now been revealed, soon after 91mobiles reported that the new series is set to arrive next month. Flipkart has now revealed that the Tecno POVA India launch is set for December 4th and it will mark the debut of the new sub-brand. Tecno POVA specifications are already known as the phone has been released in a few markets already. It is an affordable gaming-centric smartphone with a punch-hole display and a quad-camera setup. Tecno POVA price in India will be announced on launch day, but we speculate it will cost around Rs 10,000 given its pricing of P6,999 (approx Rs 10,700) in the Philippines. here’s a quick look at what can be expected in terms of specifications. 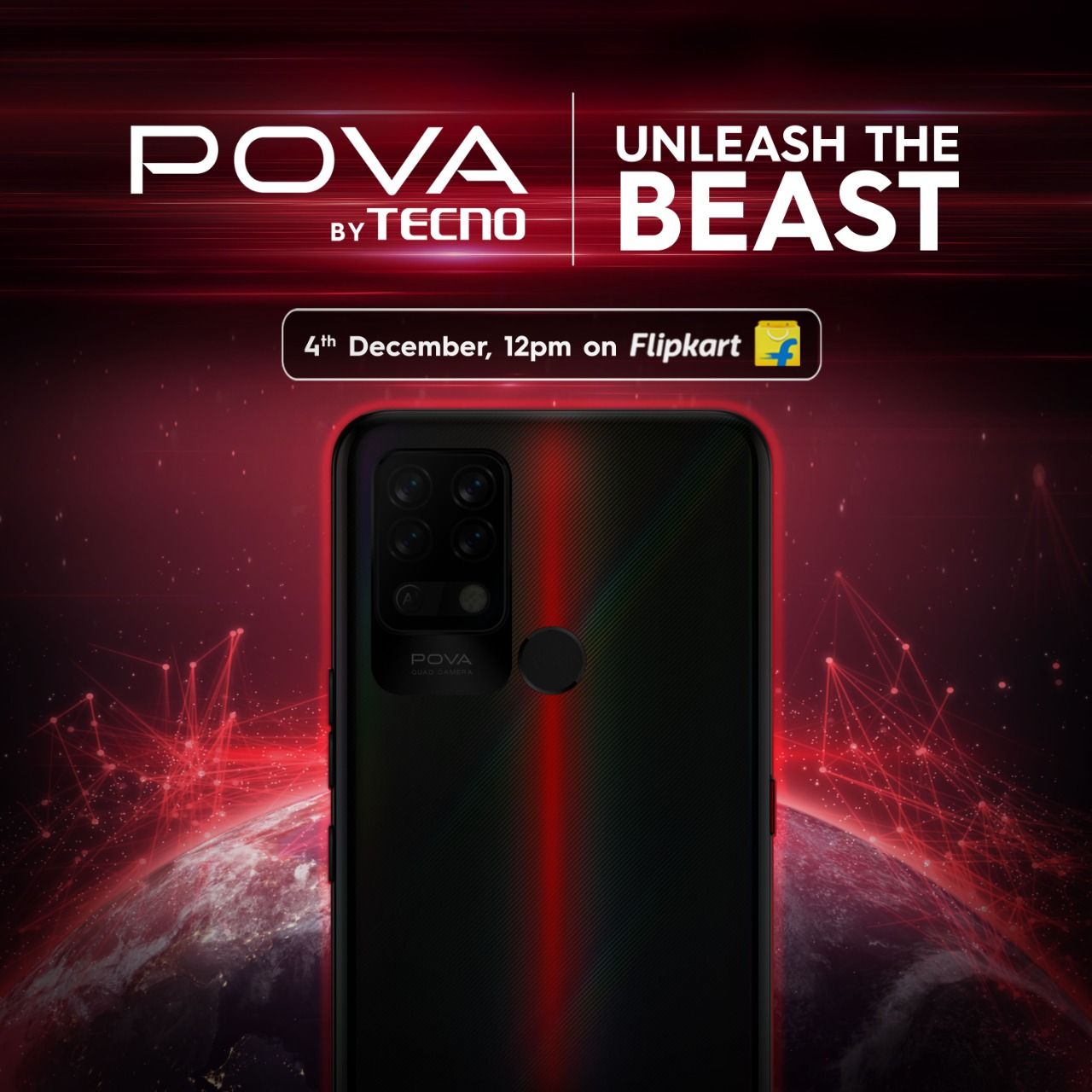 Tecno POVA specifications include dual SIM support and HiOS 7.0 atop Android 10 OS to take care of the software side of things. The smartphone also sports a 6.8-inch screen with a punch-hole atop for the selfie camera. Under the hood, it’s powered by MediaTek Helio G80 SoC coupled with 6GB of RAM and 64GB of storage. In optics, the Tecno POVA packs a quad-camera setup at the back comprising 13MP primary sensor + 2MP secondary depth sensor + 2MP macro sensor + 0.3 MP lowlight AI lens. At the front, the smartphone gets an 8MP AI camera for selfies and video calling.

The rear panel of the phone highlights a fingerprint scanner and multilayer graphite + thermal conductive gel that is said to help in heat dissipation and reduce charging temperature rise. The entire setup is driven by a 6,000mAh battery with support for 18W fast charging. Lastly, the Tecno POVA measures 171.2mm x 77.57mm x 9.4mm and weighs 185 grams.