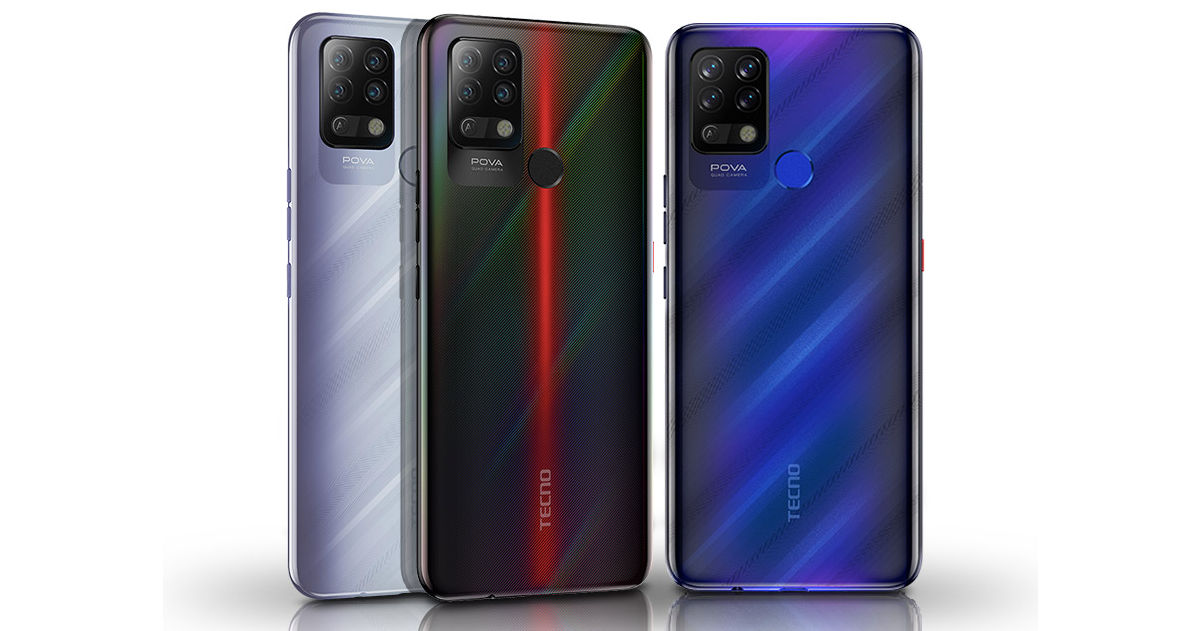 Tecno is all set to launch a new sub-brand called POVA in India next month, 91mobiles has learned via industry sources. The series will include mid-budget smartphones that will be “performance powerhouses”. The first smartphone in the lineup is said to be the Tecno POVA gaming phone that was recently launched in Nigeria. The handset is said to be officially unveiled in the country in the first week of December. Tecno POVA specifications include quad-rear cameras, MediaTek Helio G80 SoC, a 6,000mAh battery, and a 6.8-inch display. Additionally, the phone may highlight a punch-hole design and gradient finish at the back. Tecno POVA price in India remains a mystery at the moment, but the phone reportedly costs P6,999 (approx Rs 10,700) in the Philippines.

The specifications of the Tecno POVA global variant include a 6.8-inch screen with a punch-hole atop for the selfie camera. The phone is powered by MediaTek Helio G80 SoC coupled with 6GB of RAM and 64GB of storage under the hood. The handset boots HiOS 7.0 atop Android 10 out of the box to take care of the software side of things. For photography, the Tecno POVA packs a quad-camera setup at the back comprising 13MP primary sensor + 2MP secondary depth sensor + 2MP macro sensor + 0.3 MP lowlight AI lens. Upfront, the smartphone packs an 8MP AI sensor for selfies and video calling.

The rear panel of the phone highlights a fingerprint scanner along with multilayer graphite + thermal conductive gel that is said to help in heat dissipation and reduces charging temperature rise. The handset is driven by a 6,000mAh battery with support for 18W fast charging. Lastly, the Tecno POVA measures 171.2mm x 77.57mm x 9.4mm and weighs 185 grams.

Talking about the new POVA series, it will be the third smartphone series from the brand joining the Tecno Spark and Tecno Camon. While Tecno Spark is popular for offering battery-focused smartphones in the budget segment, the Tecno Camon series offers camera-centric phones. Tecno Camon 16 is the latest smartphone from the brand launched in India. The phone, to recall, comes with a sticker price of Rs 10,999 and highlights 64MP quad rear cameras, 6.8-inch HD+ display, MediaTek Helio G70 SoC, and a 5,000mAh battery.