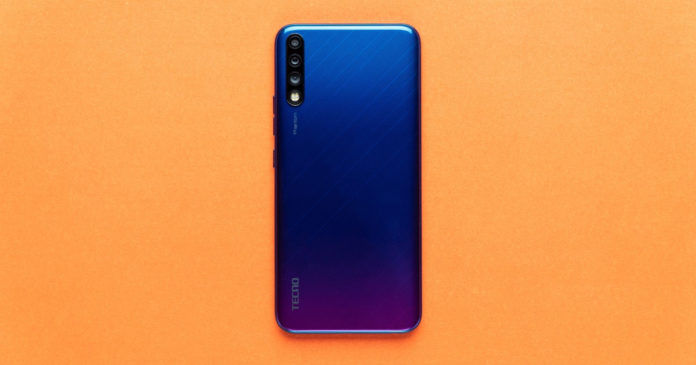 “The TECNO Spark budget series will have four smartphones and will target the Rs 5,000 to Rs 8,000 price segment”

Smartphone maker TECNO was earlier reported to launch new Spark series in India after the CAMON and flagship PHATOM series. Now, it’s confirmed the Spark series will be announced in India next week and will be targeting the entry-level segment, i.e. between Rs 5,000 to Rs 8,000. The company is also planning to launch a total of four smartphones in the Spark portfolio in time for the upcoming festival season. TECNO says the new series will feature a bigger display, better AI capabilities, decent battery, and dual VoLTE support.

However, details regarding the TECNO Spark smartphones haven’t been revealed yet. It’s possible these phones should come with HD+ display, MediaTek Helio processor, and run on Android 9.0 Pie. We should know more information in the next few days. TECNO currently has two series under its sleeve — while the Phantom series handles Rs 12,000 to Rs 15,000 space, the Camon series is placed in the Rs 8,000 to Rs 10,000 price bracket.

TECNO invested in a couple of manufacturing units in the country recently and also confirmed to invest in R&D centres shortly. The new Spark series is expected to target the online segment to take on Samsung, Realme, and Xiaomi. As for the recently launched Phantom 9, it sports a 6.4-inch full HD+ AMOLED display with 1,080 x 2,340 pixels resolution and a waterdrop notch to accommodate the selfie snapper. It is powered by a 2.3GHz octa-core MediaTek Helio P35 SoC, paired with 6GB RAM and 128GB internal storage that is further expandable up to 256GB. It runs on HIOS 5.0 based on Android 9.0 Pie out of the box. A 3,500mAh battery fuels the phone.