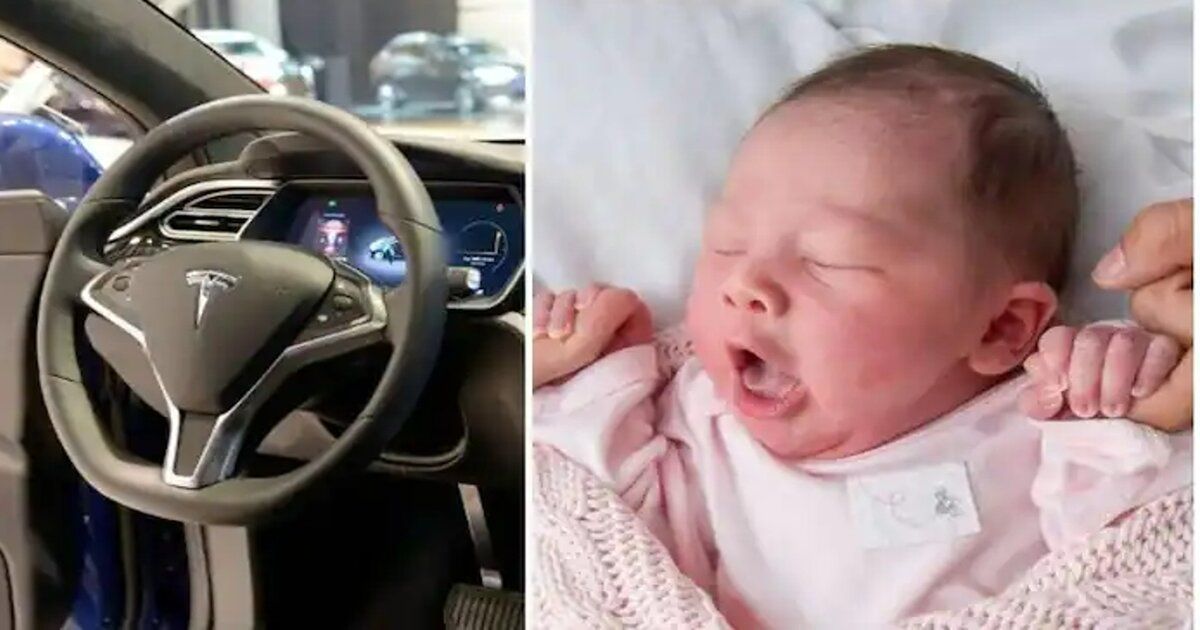 In a rather unusual incident, a mother in Philadelphia gave birth to her kid in the front seat of her Tesla electric car while travelling on autopilot mode. This miraculous episode happened in September and the child is being called the first “Tesla baby”. Yiran Sherry of Philadelphia was in the car with her husband, Keating, and three-year-old son Rafa when her water broke. While stalled in traffic, her contractions grew in size quickly. The couple realised they wouldn’t make it to the nearest hospital since the cars on the road were barely moving. The husband then put their Tesla on autopilot and directed the navigation system to the hospital. After that, he carefully placed one hand on the driving wheel while caring for his wife. He narrated the entire incident via Twitter to the news outlet, Inquirer.

One of the most popular and desired features in Tesla vehicles is the autopilot mode. Although the cars are self-driving, the automobile giant advises that the function should only be used only when someone is in the driver’s seat, to prevent any unknowing mishap. This year, the function has saved the lives of a number of drivers, including one who passed out behind the wheel. It has now assisted a mother too in the delivery of her kid.

Yiran had already given birth to her baby inside the car when the couple drove 20 minutes from their home in Wayne to a hospital in Paoli. Because of this incident in a Tesla car, Yiran and Keating considered changing the baby’s middle name to Tess for a brief but appreciative moment. But eventually, they decided on the name “Lily” as the baby’s middle name. They do, however, want to keep the Tesla car, as Yiran jokingly said that “I wouldn’t be too surprised if, in the year 2037, Maeve (baby’s maiden name) is getting her permit with that Tesla.”

Britain to build a bigger battery than Tesla’s Super Battery

This website lets you track the Tesla Roadster in space