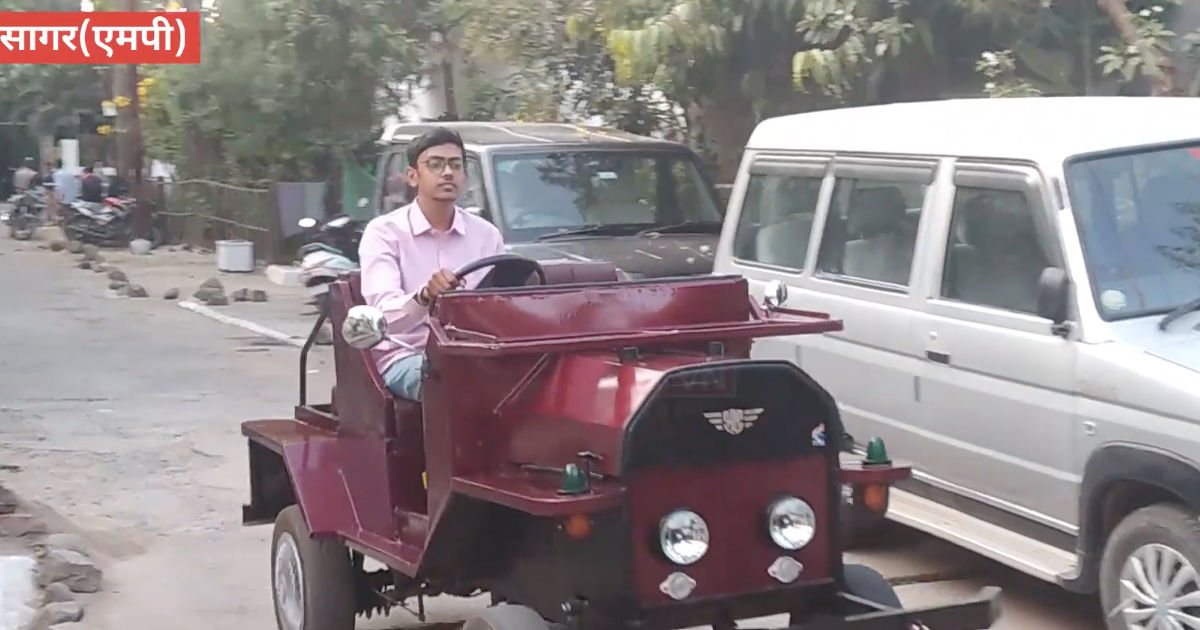 Electric power is the way to go and a college student from Sagar, Madhya Pradesh has gone on to develop his very own electric car that can run up to 185 kms on a single charge, while being very economical. Electric vehicles (EVs) are undoubtedly the way to go seeing how prices of fuel have skyrocketed lately. The transition can be observed given that both four and two-wheeler manufacturers are focusing on bringing out affordable electric cars and scooters. The proof also comes from the awareness amongst the youth as well as the kind of innovations this transition is fueling.

The electric car market has paced up and the proof comes from the innovations that are being made at a micro-level. In a recent astounding feat, a Madhya Pradesh college engineering student developed his own fully electric car from the ground up. This comes as the Indian auto industry is transitioning into going electric. The level of awareness and acceptance can be gauged via such instances of innovations at an individual level. Himanshu Bhai Patel, from Sagar, Madhya Pradesh has put in five months’ worth of hard work into the development of his electric vehicle. The electric vehicle that can seat up to five passengers inclusive of the driver, can run 185 kms on a single full charge. Himanshu claims that the car goes up to 50kmph of top speed. Interestingly, a full charge would only cost Rs 30. The car charges up in just 4 hours and also comes with a remote controller-based start/stop function. A reverse mode has also been included. Other features on the car comprise an electronic speed meter, a battery power meter, a fast charger, a fuse system for electrical safety, and an anti-theft alarm.

By the looks of it, the car looks fairly close to an SUV, particularly similar to the Mahindra Thar (Willy’s Jeep) lineage. This design language could have been chosen keeping in mind that the ladder-on-frame chassis and the rather boxy looks with flat metal panels are much easier to fabricate. Modern-day monocoque chassis and aerodynamically design metal panels are often more difficult to produce as well as more expensive. Being inexpensive is a virtue of this project as the cost of the build has been claimed to be just Rs 2 lakh. Plans to commercialise the car however are still unknown.

Apple reportedly in talks to buy McLaren: here’s what it could gain