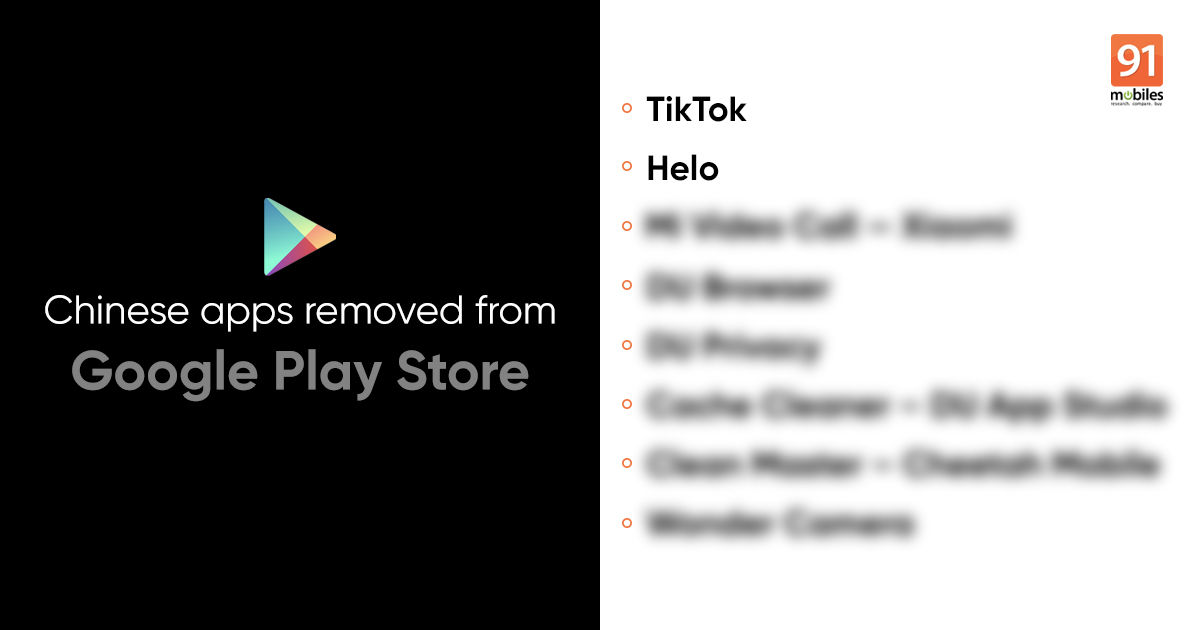 A day after the government invoked Section 69 of the IT ACT of 2000 to ban TikTok and 58 other Chinese apps in India, Google and Apple have started removing them from their platforms. TikTok, Helo, and a few other banned apps are no longer available for download via Google Play Store and Apple App Store in the country. However, UC Browser, WeChat, Bigo Live, and Shein, among others were still available on both stores at the time of writing. These apps have been banned in India over security concerns. They were allegedly engaged “in activities prejudicial to the sovereignty and integrity of India, the defense of India, the security of the state, and public order.”

List of Chinese apps not available on Google Play Store:

In regards to the ban, TikTok has issued a statement saying that it has been invited by the government “to respond and submit clarifications.” Nikhil Gandhi Head of TikTok in India said “The Government of India has issued an interim order for the blocking of 59 apps, including TikTok and we are in the process of complying with it. We have been invited to meet with concerned government stakeholders for an opportunity to respond and submit clarifications.”

“TikTok continues to comply with all data privacy and security requirements under Indian law and has not shared any information of our users in India with any foreign government, including the Chinese Government. Further, if we are requested to in the future we would not do so,” he added.

Smartphone users in India will not be able to download the apps, but those who already have these apps can continue to use them on their phones, for the moment at least.

Among the list of banned Chinese apps, the popular apps include TikTok, CamScanner, ShareIt, Helo, Likee, Xender, UC Browser, Clash of Kings, ES File Explorer, DU Cleaner, Clean Master, and Mobile Legends. People in India will not be able to download the apps, but those who already have the app can continue to use them on their phones. In fact, you can access TikTok’s short videos via the web.