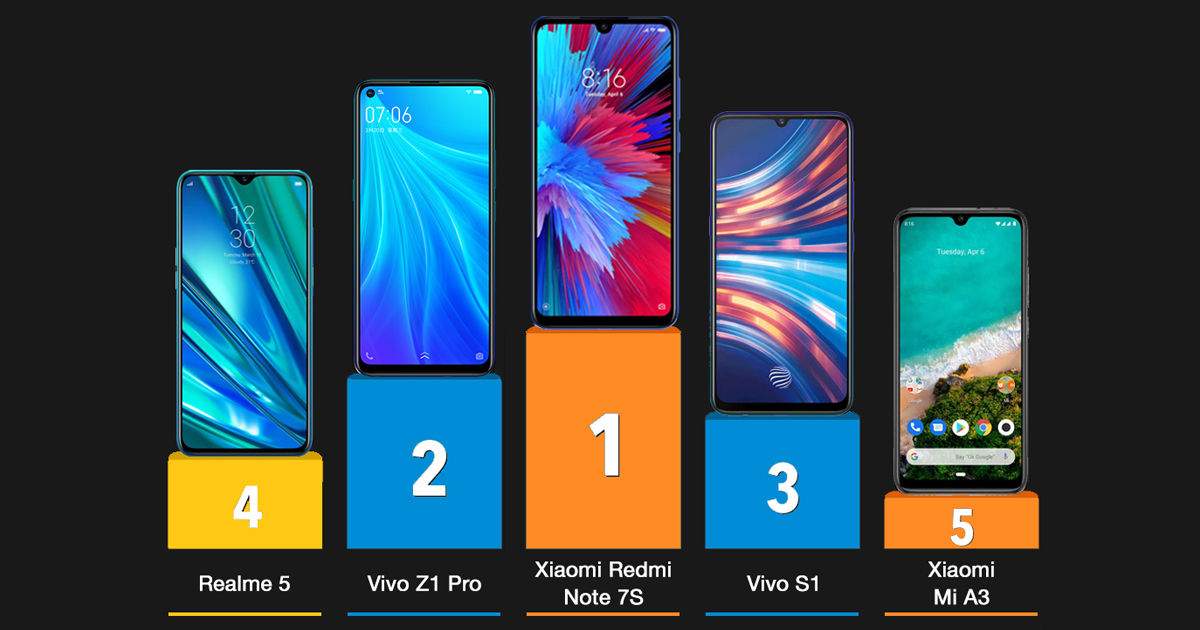 With Vivo dethroning Xiaomi from its top spot in the month of July, we were quite interested to see if the tables turn in the month of August. Well, that did happen, but at the same time, other brands also managed to strengthen their presence. So without wasting any more time, let’s take a look at the most popular phones of August 2019, as per user searches on 91mobiles.

Once again, Xiaomi’s handset has bagged the top spot, but it’s not the Redmi Note 7 Pro (review). It’s the Redmi Note 7S, which seems to have reached the throne, thanks to a price cut which brought it to sub-Rs 10k segment. Vivo’s Z1 Pro (review) dropped a spot to sit at second place, whereas the recently-launched Vivo S1 (review) has made an impressive debut at the third position. That’s not the only device that has made a stunning entry – the Realme 5 (review) has grabbed the fourth spot, and the Xiaomi Mi A3 (review) has bagged the fifth place.

The entire list of the 20 phones has seen a bit of a shuffle this time. There are quite a few new entrants, while many devices have been ousted from the list.

After focusing on the online segment with the Z1 Pro, Vivo turned its attention to the offline channel as it launched the S1, which comes with many interesting features such as in-display fingerprint scanner and MediaTek’s new P65 octa-core chipset. The handset also boasts a powerful battery in the form of a 4,500mAh unit. The Realme 5 has many firsts to its name – the first smartphone with quad-camera setup under Rs 10k and the first phone in India to ship with the Snapdragon 665 chipset. But that’s not what makes it exciting, it also comes loaded with features such as a large 6.5-inch dewdrop notch-toting display and a beefy 5,000mAh cell.

While the Realme 5 was the first smartphone to utilise the octa-core Snapdragon 665 SoC, it was closely followed by Xiaomi’s Mi A3. The Android One-toting handset is also the most affordable phone to offer the under-display fingerprint scanner and a 48MP Sony IMX 586 sensor on the back. 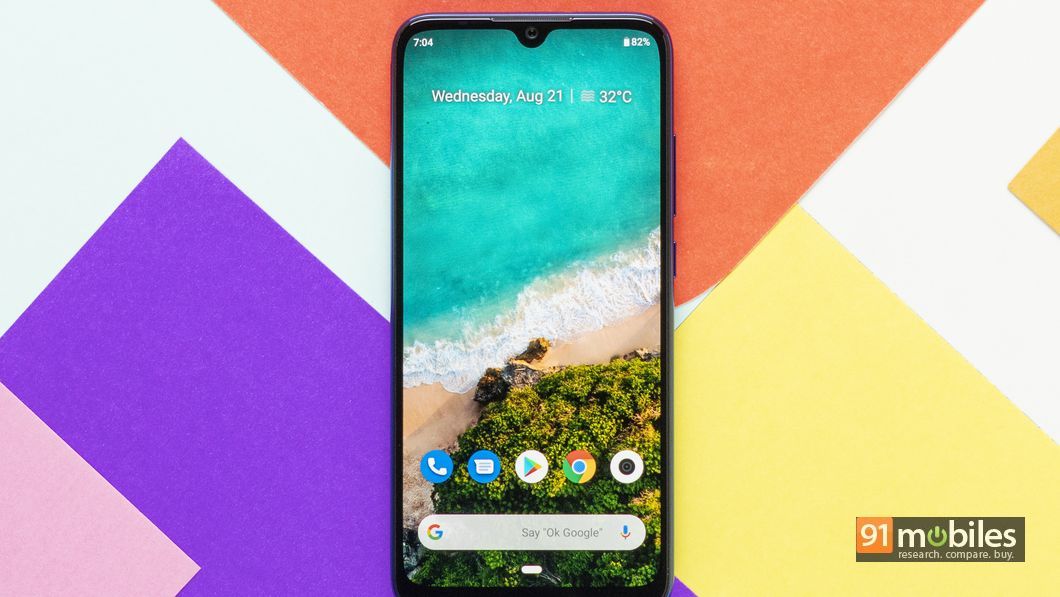 While Vivo V17 Pro India launch is expected to take place this month, the brand’s current flagship has managed to get attention from consumers once again, as V15 Pro price in India has been slashed. The smartphone was among the first to boast a pop-up selfie camera – a feature that is becoming common in the mid-budget segment too.

Samsung and Xiaomi continue to spar with each other

Just like the month of July, both the brands were neck-to-neck in August as well, accounting for 50 percent of the devices in the top 20 list. Closely following their heels is Realme, which had four handsets among the top 20 mobile phones. 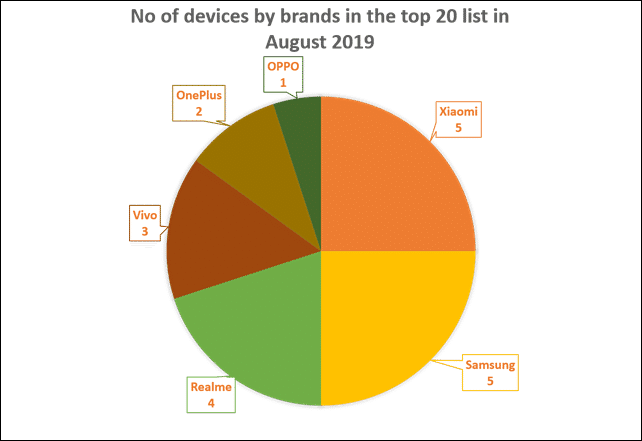 As we’ve pointed out earlier, it’s certainly interesting to see that the smartphone industry in India is seeing some consolidation as there were offerings from just six brands this time around. Other than that, the mid-tier price band has certainly cast its charm