Gameloft is one of the best gaming firms out there providing creative games to play on Android and iOS devices from a long time. In this post we are presenting top 5 best selected action games by the company for iOS & Android devices. We have included action games for all types of players. If you love first person shooter games or you just like swords based action games then must check out this post. We have included summery of these games as well as their download links. Spot 5 : BackStab –Fifth spot on our countdown is taken by BackStab. This game is based on a cool storyline where you will be playing role of a character named Henry Blake who is going to fight against his enemies to take revenge. There are lots of quests to complete in this game. You will be fighting against enemies in a 3D environment in different areas like Jungles, beaches and old cities. So if you love story based swords action then you should totally check out BackStab.

Our Ratings – 4.7/5 Download Link – iOS ||    Android Spot 4 : The Dark Knight Rises – This game is based on the recent Batman movie by Christopher Nolan featuring action based gaming experience. There are lots of missions to complete in this game as Batman to save Gotham City. Its graphics are in pure 3D and it provides amazing fighting based gaming experience for Batman and action game lovers. You can explore Gotham City to unlock more stuff in the game. So overall The Dark Knight Rises is a must have game in your inventory if you love superhero based action games.

Our Ratings – 4.9/5 Download Link – iOS ||  Android Spot 3 : Modern Combat 3 : Fallen Nation – This game is on our third spot and it is the third game in Modern Combat series by Gameloft. It is a first person shooter game offering amazing single player as well as multiplayer gaming experience. You can enjoy different kinds of battles with up to 12 players in the multiplayer mode with lots of maps and modes. You can also upgrade your weapons to save the world from destruction. Modern Combat 3 is one of the best games in this series with redefined graphics and features than its predecessors.

Our Ratings – 4.5/5 Download Link – iOS ||   Android Spot 2 : N.O.V.A. 3 – The second spot in our countdown for best android games by Gameloft is secured by N.O.V.A. 3. This game is the latest game in this series. It is also based on a space combat fighting story line. You will find different types of weapons to use in the game and you can also upgrade them. It provides immersive multiplayer and single player gaming experience with its quality visuals in 3D environment. It is a must have game for the fans of NOVA game series by Gameloft.

Our Ratings – 4.8/5 Download Link – iOS || Android #Spot 1# : Wild Blood – First place in our countdown is secured by Wild Blood. This game is developed using Unreal 3D game engine and it provides amazing graphical adventure for the fans of action games. You will be fighting against different types of monsters to save the world in this fantasy game. It is also having multiplayer mode with up to 8 players. There are different types of swords and weapons to use against enemies. Upgrade the weapons using in app purchases or collected items to enjoy more. So if you love games based on Fantasy and fighting then must try out Wild Blood on your iOS or Android device today. 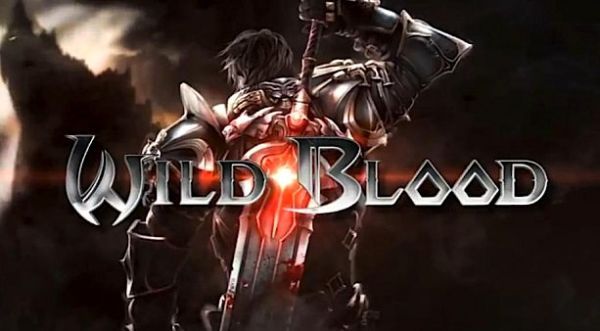