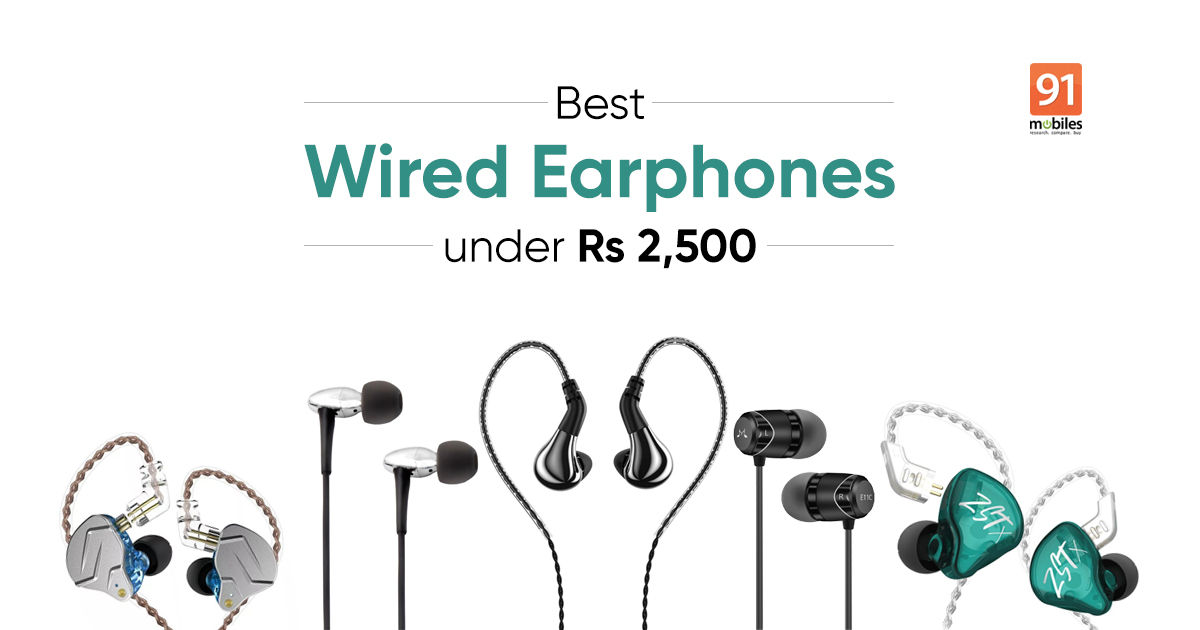 Off-late, there has been a lot of chatter around wired earphones on the interwebs. Ironically enough, the sudden spike in interest surrounding wired audio gear can be, in parts, accredited to Apple, a company infamous for axing the headphone jack in the first place. Well, as it turns out, the Cupertino giant has introduced a lossless tier for its Apple Music streaming service which has sent the consumers into a tizzy. I personally have been barraged with questions pertaining to the best IEMs to enjoy the company’s lossless music library. 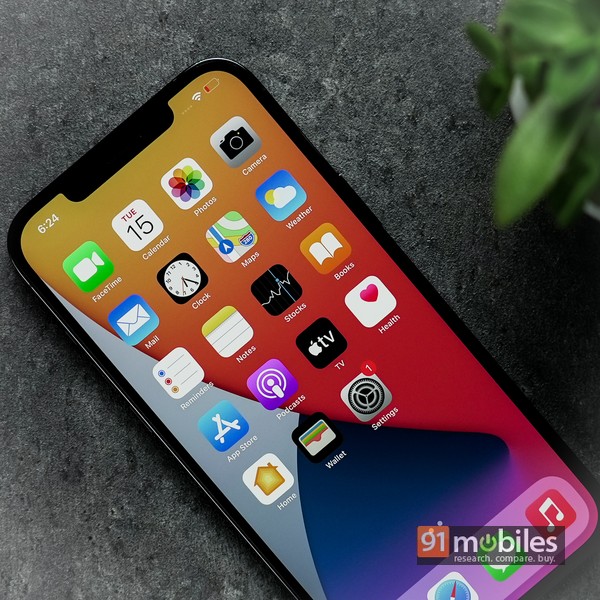 Well, as it turned out, the kind folks over at HeadphoneZone sent me a bunch of wired headsets, all retailing under Rs 2,500. And, having spent a lot of time listening to the earphones, I have narrowed down the top five wired earphones which, in all honesty, will give a lot of high-end TWS and other Bluetooth headphones a run for their money. Let’s take a look.

Editor’s note: All the testing was conducted with the Mi 11 Ultra (review) / Samsung Galaxy S21 Ultra (review) as the source. We also took the liberty of using the Shanling UA1 DAC to ensure we get the best possible audio quality out of the IEMs.

Okay, let’s kick things off with what is the oldest and the most expensive IEM on the list – the SoundMagic E11C. Now, unlike most IEMs I’ll talk about today, chances are that at least some of you might’ve heard of SoundMagic and its products. In fact, back when Chi-Fi heavyweights like Knowledge Zenith were making inroads into the Indian markets, SoundMagic was already revered by many as the go-to brand for audiophiles on a budget. Heck, you can still find plenty of five-star reviews on Amazon for the earphones dating all the way back to 2018! Well, as it turns out, the IEMs are still among the best-wired earphones for under Rs 2,500.

In terms of design, SoundMagic has employed premium materials for the E11C’s construction and you’ll find bits of metal around the earphone’s outer shell, as well as the in-line remote control. The earphones don’t look outlandish and instead feature an understated design that won’t attract any eyeballs. That said, the pair is exceptionally comfortable to wear for long listening sessions. 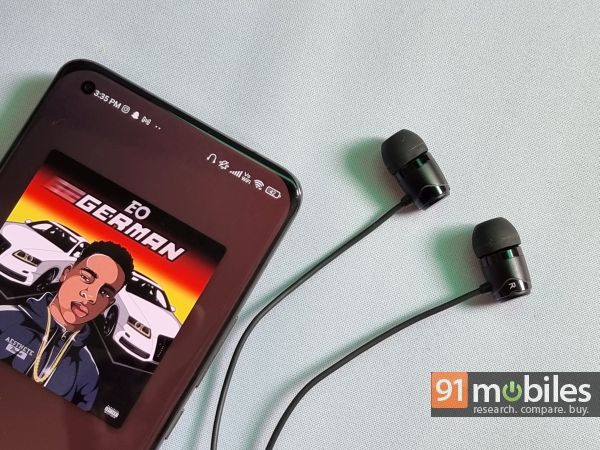 Spec-wise, the E11C makes use of a pair of 10mm dynamic drivers positioned inside each earpiece. The earphones offer a typical V-shaped sound signature, which means that you’ll find the low-end as well as the highs (or the treble) to be a bit more pronounced than, say, the vocals. So, if you’re the type to listen to a lot of hip-hop/EDM music, then the E11C will undoubtedly fit your bill. In particular, the earphones’ low-end has been exquisitely tuned and offers a tight attack with minimal decay and little to no bass-bleed. As an example, in J. Cole’s 1985, the thump from the kick drums in the background doesn’t linger on for long, or muck up the singer’s vocals. The same goes for the highs too and while the treble doesn’t offer the same bite as what you’d get with a KZ product, it doesn’t sound too relaxed either, thereby ensuring you get to revel in your favourite rock songs without fatigue setting in. That being said, the imaging isn’t as good as some other IEMs on the list so chaotic ballads tend to get a little muddy, especially at higher volume levels.

KZ or Knowledge Zenith is arguably the most popular Chi-Fi audio brand, and for good reason – the company’s IEMs don’t just sound good, but they are wrapped in funky colours and have been designed to last a lifetime as well. Take the ZST X, for instance, which is easily the most unique-looking pair of earphones under Rs 2,500, thanks to its translucent housings. What’s more, much like most other products from the company’s stables, the ZST X also employs replaceable 2-pin cables, thereby bettering the unit’s longevity too. And, despite the sheer size of its housings, the ZST X is a really comfortable IEM to wear over extended listening sessions. I say this, because the plastic mould for the earpieces is feather-light and it offers smooth, rounded-off edges. That being said, the earphone’s ear-hook design might not be everyone’s cup of tea. Furthermore, while the earphones ship with an in-line mic, you will have to rely on your phone to adjust the volume levels. 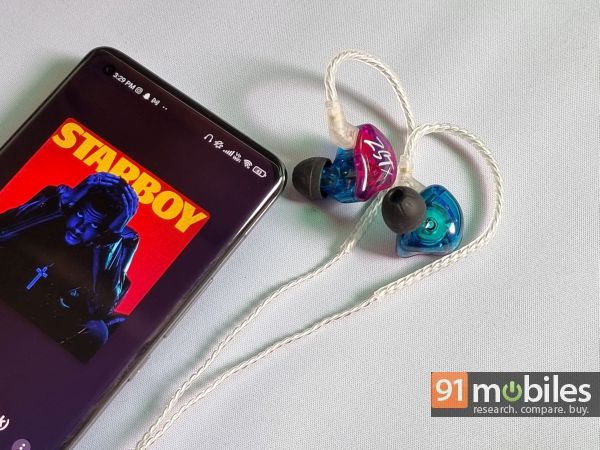 The same goes for the unit’s sound signature which, in all honesty, is extremely detailed, albeit a little fatiguing too. The unit makes use of a 30095 Balanced Armature driver that works in conjunction with a 10mm XUN Dynamic driver. The dual-driver apparatus favours the ZST X’s V-shaped sound signature and allows the earphone to segregate the lows and the highs admirably. What that means is that the low-end doesn’t impose on the highs, and vice-versa. Speaking of which, the earphones offer a tight bass response too, although EDM heads will be left wanting for a more thunderous thump from the low-end.

Moving on, the earphones also offer an extremely wide soundstage, as well as stellar imaging, which was evident in the Avalanches Frontier Psychiatrist soundtrack that comprises a cacophony of different instruments. Unfortunately, the earphones can sound a tad too bright for some users. In essence, the ZST X might startle listeners with mid-range and treble spikes and could be deemed – for the lack of a better word – shrill by some listeners. So, be wary of the same when you add the IEMs to your cart.

The KZ ZSN Pro X is in my opinion, a funner, more relaxing ZST X alternative. The earphones draw a lot of parallels to the ZST X, but incorporates subtle refinements that make it the third-best IEM on this list. Design-wise, the ZSN Pro X trades the ZST X’s plastic housings in favour of more premium metal earpieces. Thankfully, the earbuds are still every bit as comfortable to wear as the ZST X and even support 2-pin cables. Underneath its metallic chassis, the ZSN Pro X makes use of a 30095 BA driver, which works alongside a 10mm dynamic driver. If you scroll back, then you’d notice that the core specs are the same across both KZ products. However, the sound signature couldn’t be any more different. To that note, the ZSN Pro X offers punchier bass and more refined highs. In fact, if you listen to J. Cole’s 1985 on both the earphones, then you’ll notice that the mid-range spike near the first verse is only present in the ZST X, and not the ZSN Pro X. That being said, both the IEMs offer similar detailing elsewhere and sound equally spacious too.

I’ll be the first to admit that I wasn’t aware of BLON and its presence in the country. However, I was smitten with the BL-03’s within minutes of auditioning the earphones. You see, unlike most in-ear type headphones, the BL-03 offers spectacular imaging. In fact, the sound never feels like it’s being relayed in a single file – instead, you will notice that there’s ample separation between different instruments and the pair does justice to the timbre or the way each instrument sounds too. What’s more, unlike KZ’s offerings, the BL-03 doesn’t sound fatiguing in the slightest and you could listen to music on the pair for hours on end comfortably. Now, much like other Chi-Fi IEMs with a V-shaped sound signature, the BL-03 also misses out on a voluminous low-end. However, the IEMs more than make up for that elsewhere and offer extremely detailed acoustics across the board. 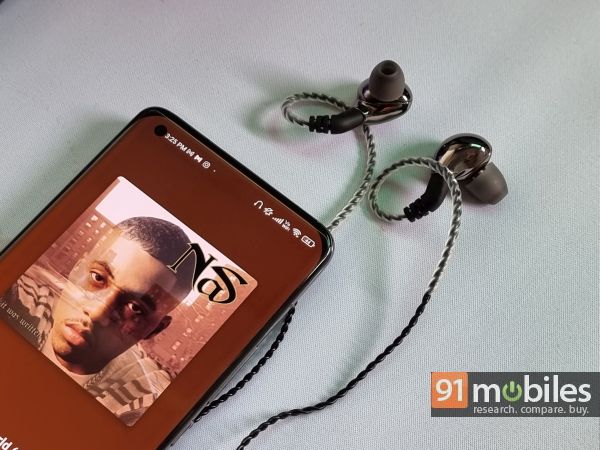 As for the design, well, the BL-03 scores top marks here too. Much like the KZ ZSN Pro X and the ZST X, BLON’s offering also ships with 2-pin connectors. However, the company has added a rubberised sheath, ensuring users don’t bend/break the pins accidentally. Other than that, the BLON BL-03 features metallic housings and offers a superb in-ear fit too. Unfortunately, the pair doesn’t ship with volume controls either, so you will have to use your phone to increase or decrease the volume.

In my books, the Moondrop Spaceship is the best IEM under Rs 2,500. In fact, I have no doubt in my mind that the unit can go toe-to-toe with much, much pricier earphones too. Now, I did review the pair recently, so do check that out if you want to know more about the unit’s sound signature, or design. However, to summarise, the Moondrop spaceship checks all the right boxes and features an uber premium, micro-driver design. What that means is that the individual earpieces dwarf in comparison to some other IEMs on this list and rest assured, the Spaceships will offer an unparalleled in-ear fit. 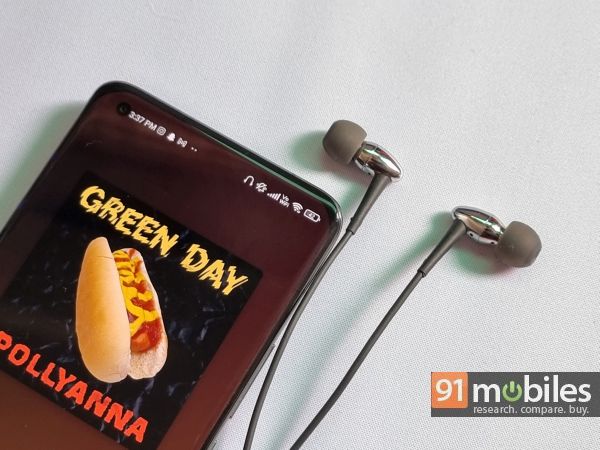 Come to think of it, the Spaceships are about as comfortable to wear as Beyerdynamic’s Beat BYRD earphones (review), which FYI, is THE most comfortable in-ear type headphone I’ve ever reviewed. What’s more, the earphones are a lot of fun to listen to as well, which can be accredited to their punchy bass. In fact, I feel that of all the IEMs on this list, the Spaceships offer the most refined low-end output. The icing on the cake is that the earphones sound every bit as detailed as say, the KZ ZST X too. On the flip side, the treble output isn’t as sparkly and the earphones are a bit harder to drive as well. So, you might want to invest in a dedicated DAC should you buy the IEM down the line. Regardless, I can’t possibly part with the IEMs now so, I am surely going to grab myself a pair when my loaner unit goes back.

But, that wraps up my list of the top five wired earphones under Rs 2,500. As always, let me know in the comments below if you plan on upgrading your audio gear with any of the aforementioned IEMs and stay tuned to our blog for more tech coverage.