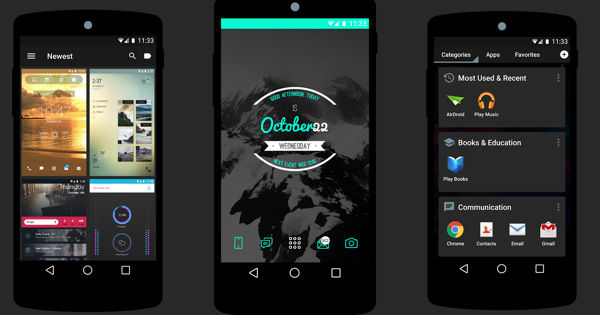 The open source nature of Android gives users the freedom to make their smartphone their own by customising and tweaking it however they might deem fit. Being home to millions of applications, the Google Play store has a lot of options for every single category and therefore, users wishing to glam up their smartphones might have seen a plethora of home screen launchers. If you are tired of looking at the same old icons and feel your home screen needs a revamp, then sit tight as we list the best launchers you can use to do just that. 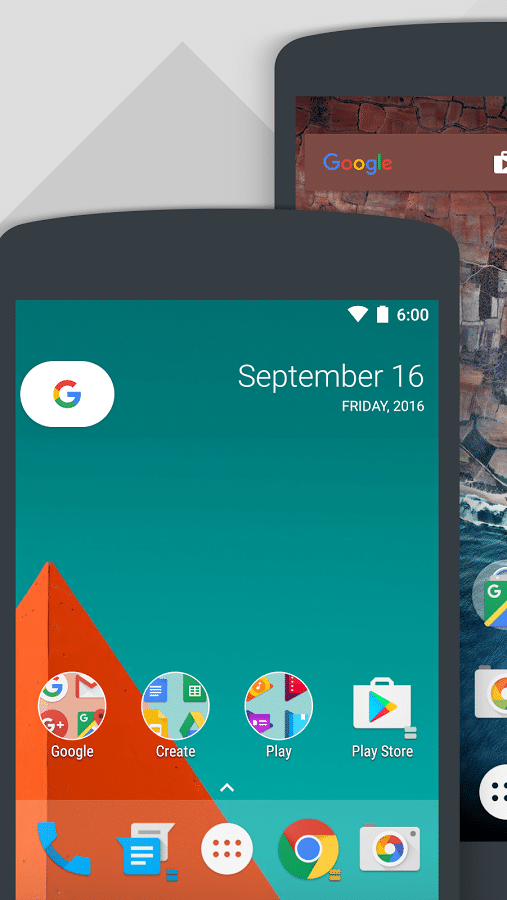 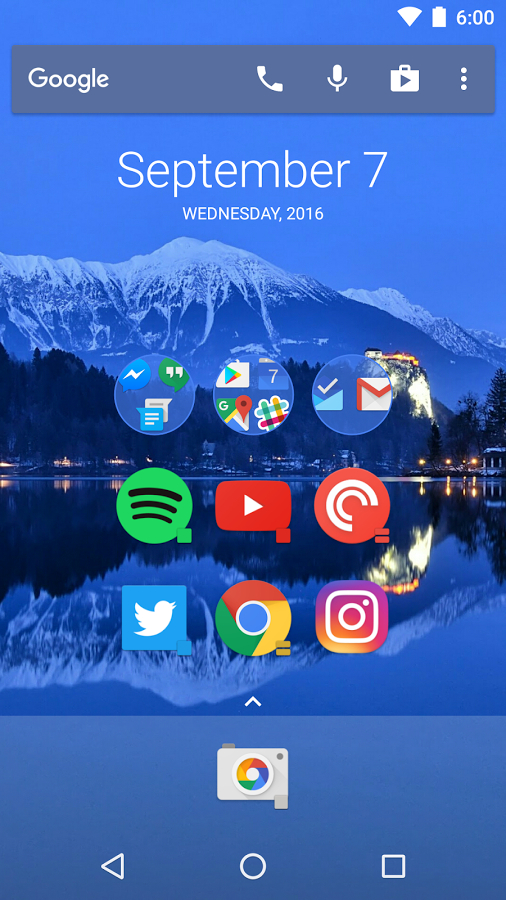 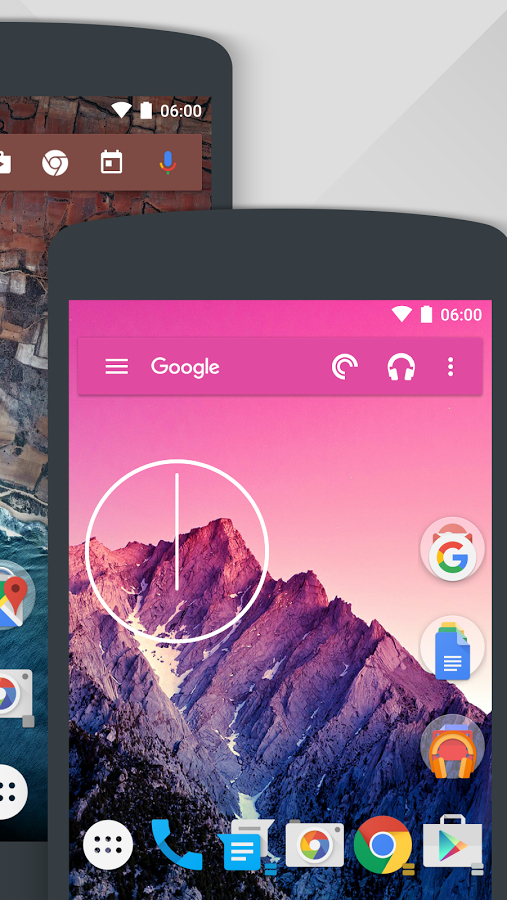 Action Launcher 3 brings a ton of useful features in a minimalistic and material package. Besides bringing the regular customisation features like the ability to add icon packs, Action Launcher 3 comes with some features unique to it like the slide-in app drawer, Shutters and Covers. The Shutter feature of Action Launcher 3 lets users swipe up on a particular app to view its corresponding widget, thereby saving up room on the home screen. Covers on the other hand, changes the way folders work on your home screen. The feature makes the first app inside a folder its ‘’cover’’ and tapping the folder will directly open that application. In order to access other applications, users need to swipe up on the folder. Action launcher 3 has also incorporated some features from the Pixel launcher. The launcher supports quickcuts for devices on Android Nougat which lets users access app shortcuts without opening the app itself. While the launcher does come with a free version, most of the features listed above are only available on the paid version of the app. 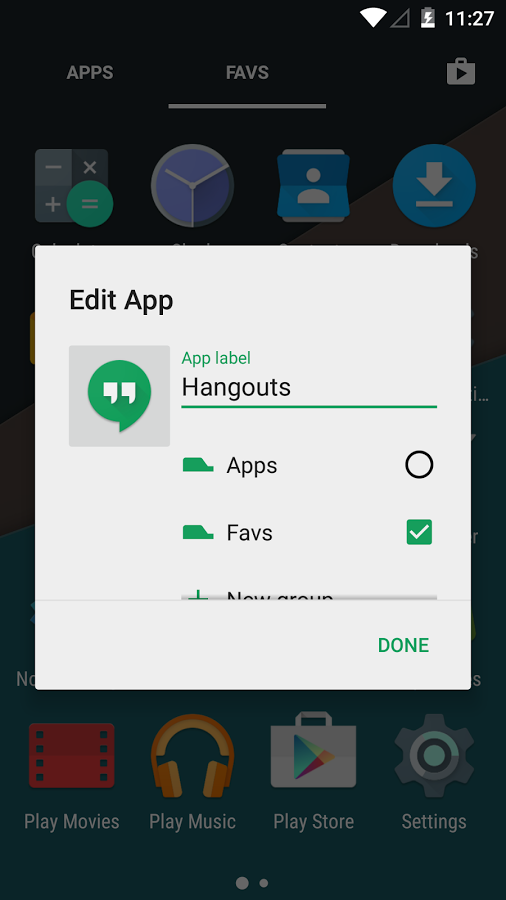 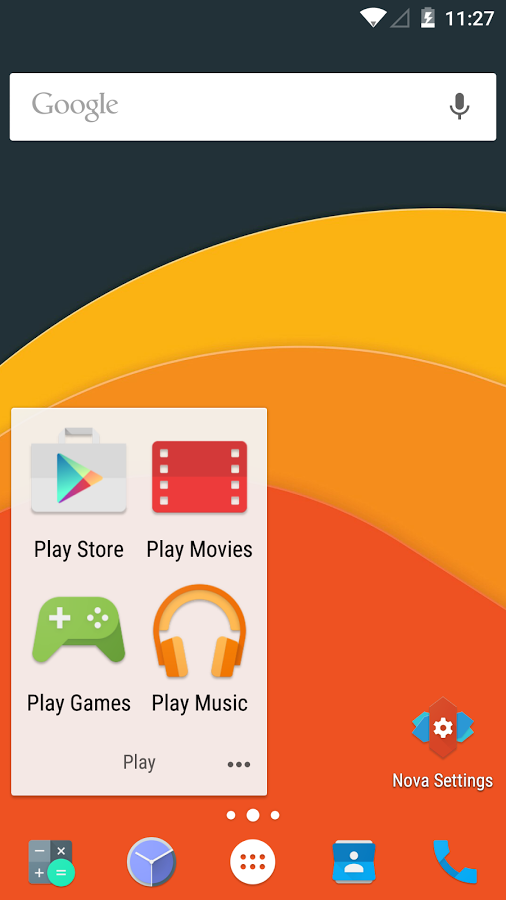 Perhaps the most popular and sought after launcher in the market, Nova brings a host of animation options, gesture-based commands, innumerable transition effects and detailed icon theming to the table. The launcher can be as minimalistic or as feature-packed as you want it to be, and allows users to back up their setups and save them to either their device storage or their Google Drive accounts. Users have the option to tweak the margins and grid lines of their home screens, app drawers and even resize icons to their liking. Although many launchers allow users to have multiple home screens, Nova takes it a step further by allowing users to have multiple docks which can be resized to fit up to seven apps. Besides theming, the launcher comes with some functional features as well, like the night mode which changes the launcher theme to a black to avoid eye strain. This feature can either be set manually or can be scheduled as well. Like Action Launcher 3,  Nova launcher also has a paid version. Although the free version of the launcher is functional, users will be unable to use some features like gesture commands and some scroll effects. 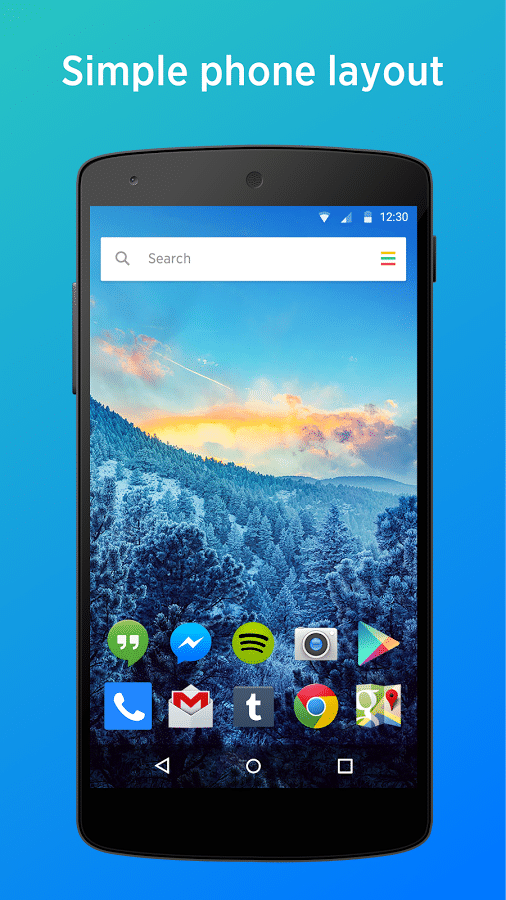 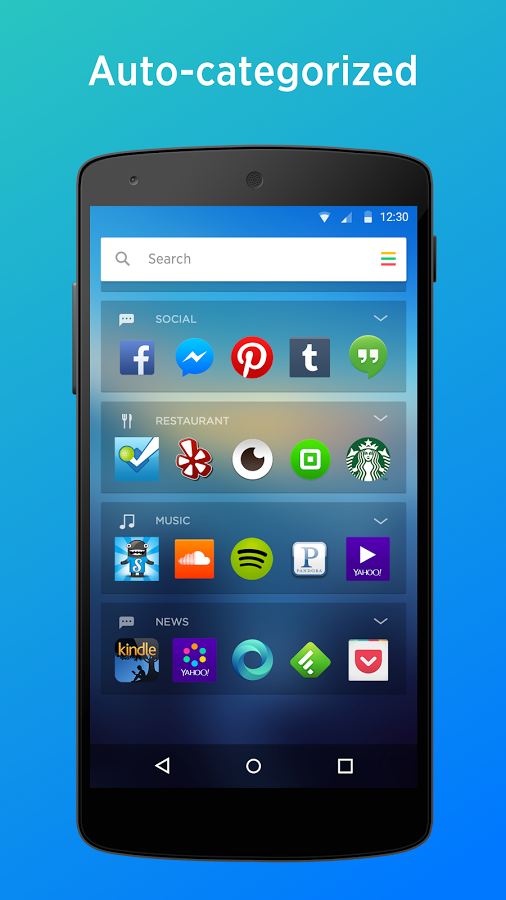 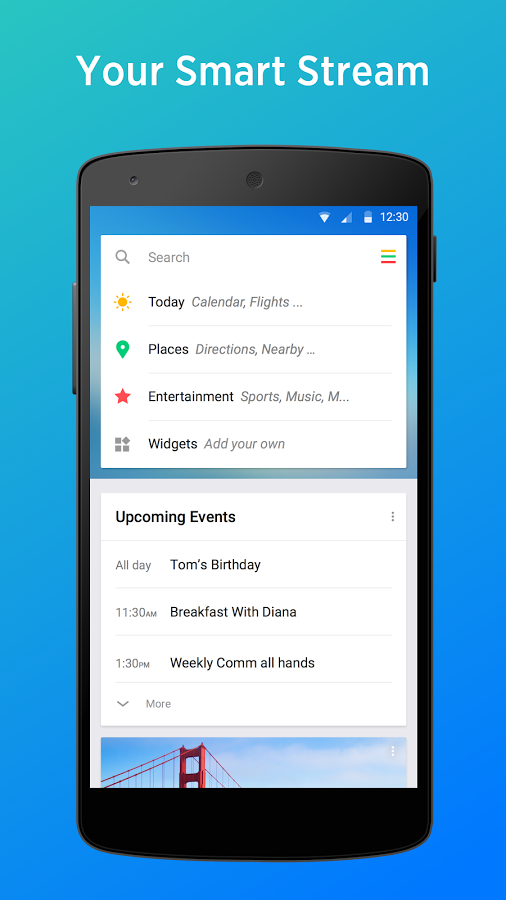 Aviate launcher is a minimalistic home screen replacement for Android which falls in the realm of predictive launchers. The launcher tries to modify itself to according to how a user goes by their day by showing important things like weather, traffic and news based on location or bringing up the music player if the earphones are plugged in. The launcher is limited when it comes to customisation and only has options for a user to change the wallpaper and the icon pack. Aviate comes with a set of four home screens which cannot be replaced and the launcher automatically clubs all of a users apps based on certain categories like photography, games and news. All in all, if you aren’t too much into theming and want a simplistic launcher that does the job, then Aviate shouldn’t disappoint. 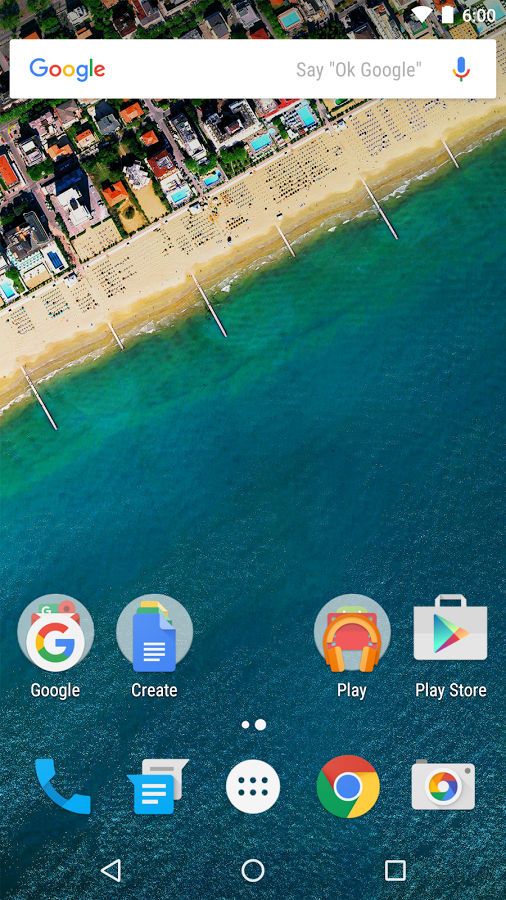 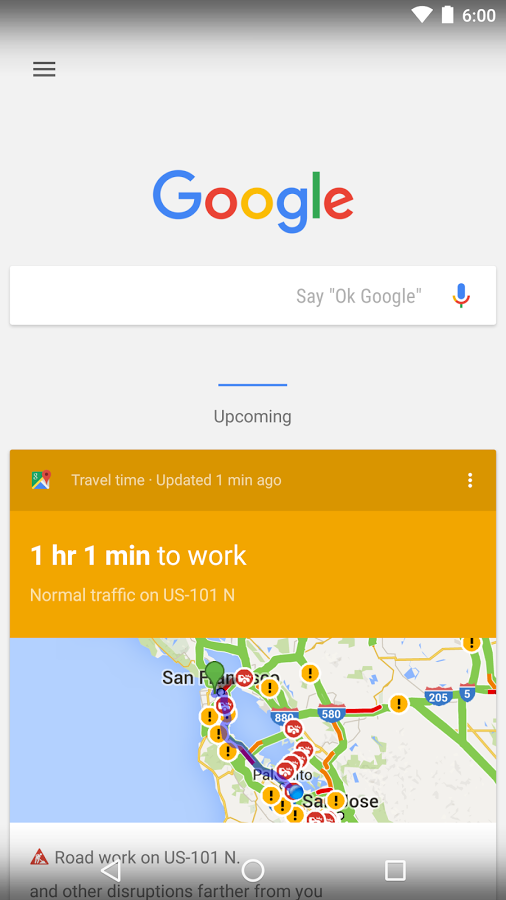 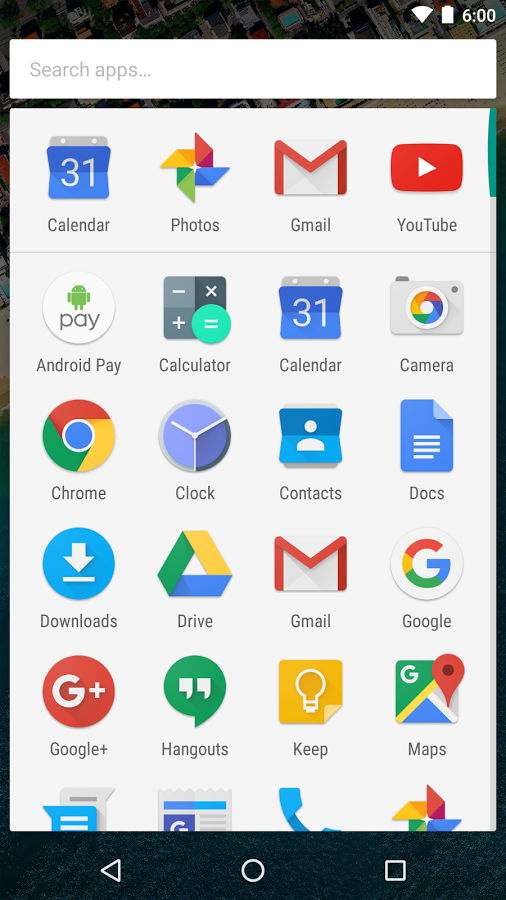 Perhaps the most minimalistic launcher on the list, the Google Now launcher is a clean and simple Android launcher which is big on functionality. The launcher comes with support for voice commands which can be used to search files within the device as well as to look up information online. Although the launcher doesn’t give users a lot of theming options, it makes up for that by offering stability and regular updates from Google along with a dedicated Google Now page which curates all the useful information to a user in the form of Google Now cards. All in all, if you are looking for a clean and simple UI the way Google intended, go for the Google Now launcher. 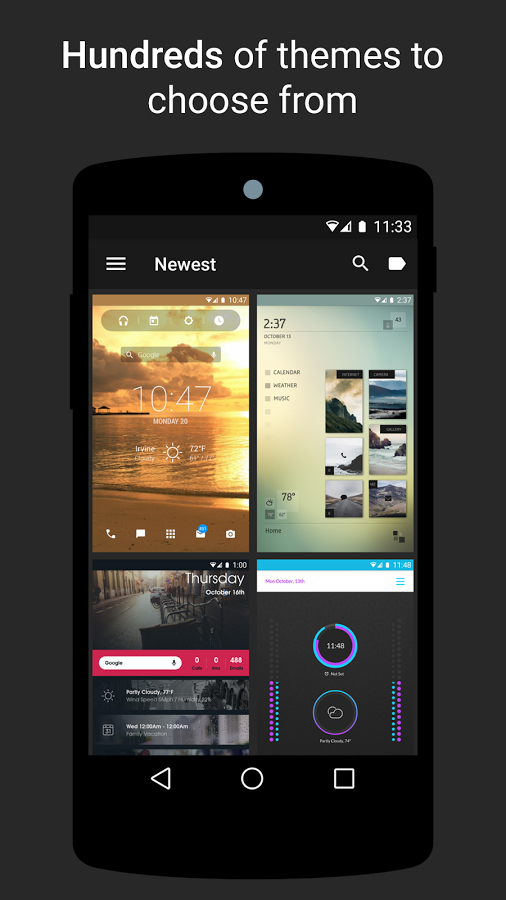 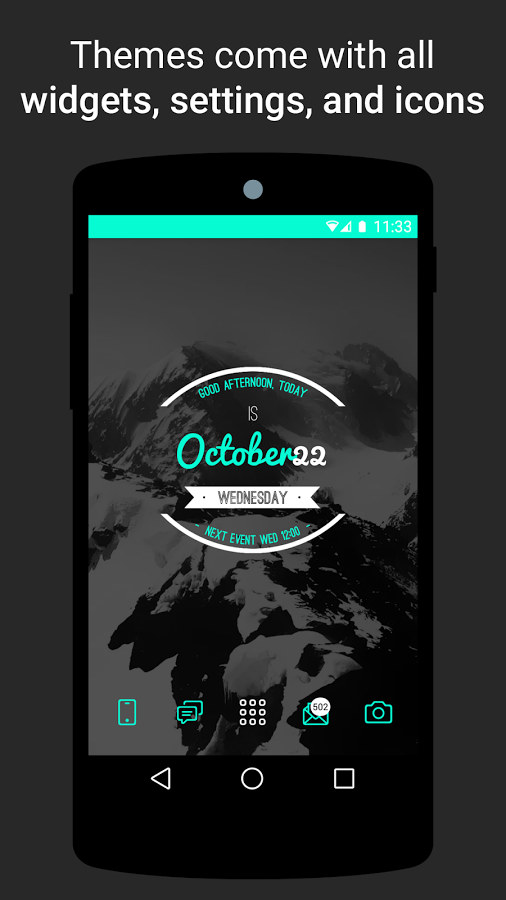 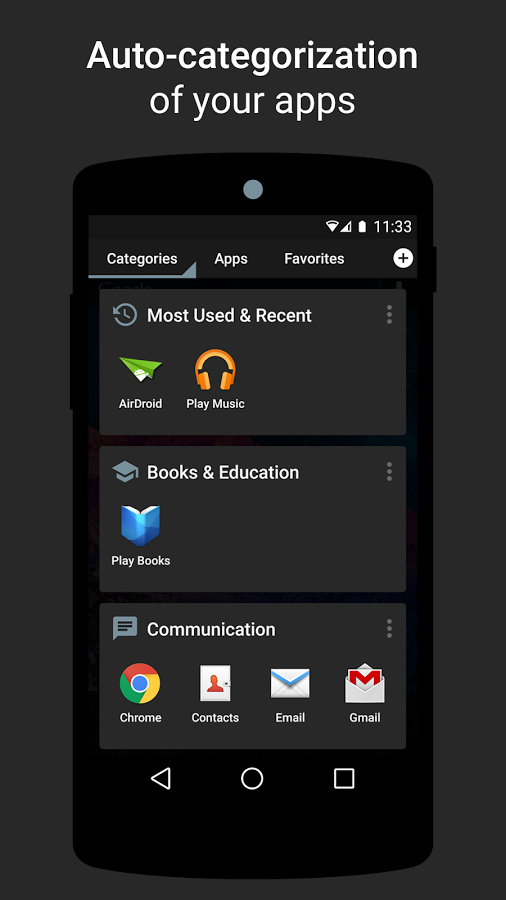 If you don’t want to spend countless hours customising your home screens by changing the wallpapers or the icon packs, then Themer is a great launcher which offers beautifully crafted, fully decked out pre-made themes. The app lets you change the look of your smartphone with just one click and has several categories of themes as well. The downside of this format, however is that users can’t change or add anything to the themes they select like more icons or widgets. All in all, Themer is a great option for all the lazy Android customisers out there.

So that was a list of some cool and useful Android launchers. Use the comments section below to let us know which one is your favourite, and if we missed mentioning any other special ones in our list

Top iOS apps and games of the week #35