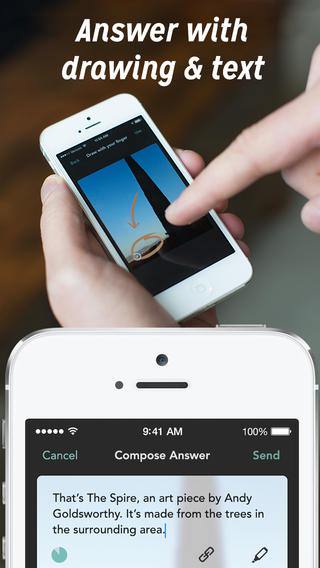 Tons of new games, a Snapchat alternative for the workplace and a brand new workout app make up this edition of the best iOS apps.

We’re only midway through January, but its already looking like a good year for iOS apps. There were several new game launches this week, including the classic Duke Nukem: Manhattan Project, haunting 3D puzzle Lost Toys, and the much awaited sequel, Joe Danger Infinity. iPad users have a treat in store, with the gorgeous Sunrise Calendar finally updated for the big screen. And there’s good news for fitness buffs, with the official 7-minute workout finally out for iOS.

A Snapchat-style messaging app that uses text instead of images, Confide enables users to send messages that self-destruct after they are read. The app discourages people from taking screenshots by requiring them to swipe over messages to read the text. With high-levels of encryption, it is targeted at professionals who want to share information in confidence.

Created by Twitter co-founder Biz Stone, Jelly is a photo-based question and answer tool. You can ask questions based on an image or screenshot, which can be shared on social networks, text or email. You can also answer questions from other Jelly users by drawing on the images, sending a link or simply typing a comment.

The gorgeous free iPhone calendar app for iCloud and Google Calendar has finally been redesigned for the iPad. The latest update now lets you view your calendar by week, in addition to the monthly view. Sunrise Calendar will now also automatically refresh in the background, providing up to date notifications whenever you open the app. 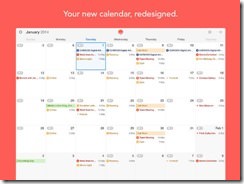 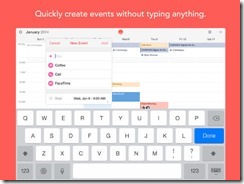 The 7 Minute Workout may have gone viral, but Johnson & Johnson, the official makers of the fitness routine, have only just launched their official iOS app. With over 1,000 workouts, 20 intensity levels and customisable routines for all fitness levels, it’s the perfect home workout.

This WWII-era battle tank combat game combines an intense soundtrack with impressive 3D visuals. Selected as Editor’s Choice on the App Store, the game takes you across France, Russia and the Pacific Islands by land, sea and air. The game offers single and multiplayer gameplay, with iCloud support to sync your progress across devices.

First released for Windows in 2002, Duke Nukem: Manhattan Project combines old-school gameplay with new 3D visuals. Villain Mech Morphix has transformed the people of New York into mutants. Using Duke’s repertoire of W.I.N. (Weapons, Insults and Name-Calling), your task is to kill the bad guys and restore law and order in the city.

The popular side-scrolling racing game is back, but this time the world’s favourite motorbike stuntman has been shrunk into a tiny world. Help Joe Danger perform death-defying stunts, win boss battles and unlock new characters over hundreds of levels.

A beautiful, gothic-style game, Lost Toys tasks you with restoring broken and discarded toys to reveal their true beauty. The game spans four chapters and 32 levels, with no timers, points or scores to interfere with gameplay. The haunting, 3D graphics are accompanied by an instrumental soundtrack.

The official game of the movie, RoboCop is a third-person shooter set in the streets of Detroit, where you will battle human and robot enemies. Apart from shooting, you’ll also get to use drone strikes, save hostages, capture informants and upgrade your weapons and suit along the way.

Top Android apps and games of the week #29

Top iOS apps and games of the week #23

Top iOS apps and games of the week #22

Top iOS apps and games of the week #9

Top Android apps and games of the week #4

Top iOS apps and games of the week #3