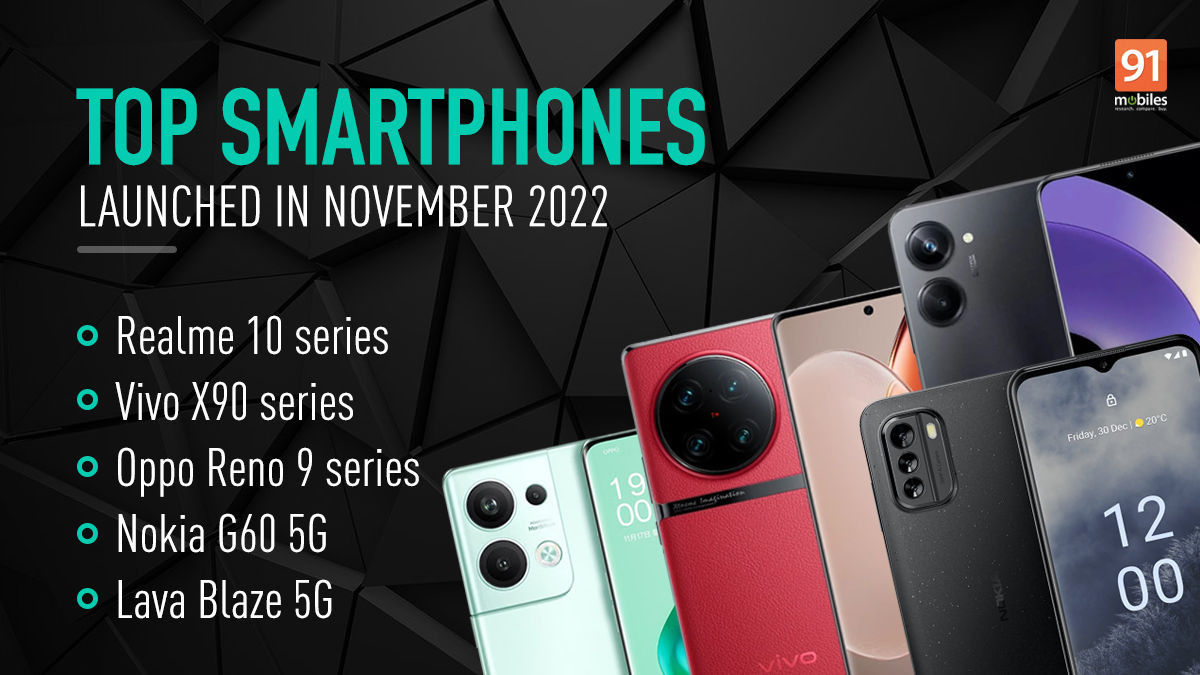 As we near the end of the year, we come to a final few weeks of calm — before the frenzy of new device launches begins with aplomb. The global launch calendar of the modern smartphone world means that in busy markets such as China and India, the launch cycle never stops. As with the previous months, November too played host to a number of smartphone launches, such as the Realme 10 series, Vivo X90 series, OPPO Reno 9 series, and more. Here’s looking at the top smartphones launched around the world in the month of November 2022.

The list of smartphones that were launched in November around the world extends to around 10 devices — albeit including a feature phone by Nokia that’s meant solely for the US market. The top smartphone launches for the month were as follows:

The launch of the Realme 10 series began with the 4G variant of the Realme 10, which was launched globally on November 9th. The smartphone runs on the MediaTek Helio G99 SoC, along with a 50MP dual rear camera setup, a 6.4-inch 90Hz display, a 16MP selfie camera, and a 5,000mAh battery with 33W fast charging. All of this comes at a starting price of $229 (around Rs 18,500) — although its India price will likely differ. 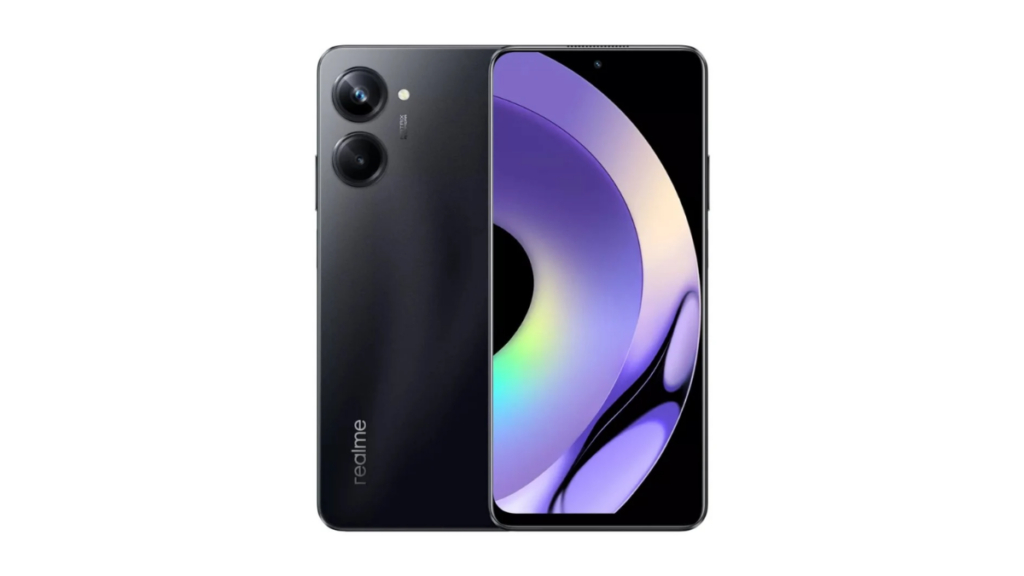 Shortly thereafter, Realme unveiled the Realme 10 Pro and 10 Pro Plus in China. The Realme 10 Pro features a 6.72-inch full HD+ display with a 120Hz fast refresh rate and is powered by the mid-range Snapdragon 695 5G SoC. It also gets a 108MP dual rear camera setup, a 16MP selfie camera, and the same battery credentials as the Realme 10 4G.

The MVP of the lot, the Realme 10 Pro Plus, features a marginally smaller 6.7-inch display instead. It runs on the Dimensity 1080 SoC from MediaTek, and has a 108MP triple rear camera instead. While the front camera and the battery size remain the same, the smartphone gets the fastest charging standard of the lot — at 67W.

Interestingly, the starting prices of the Realme 10 Pro and Pro Plus in China are around the same as the Realme 10 4G’s global pricing — at Rs 18,500 and Rs 19,500 (approx. figures), respectively. The India launch of the Realme 10 Pro series is expected in December, which is when we should get more details about the smartphones. 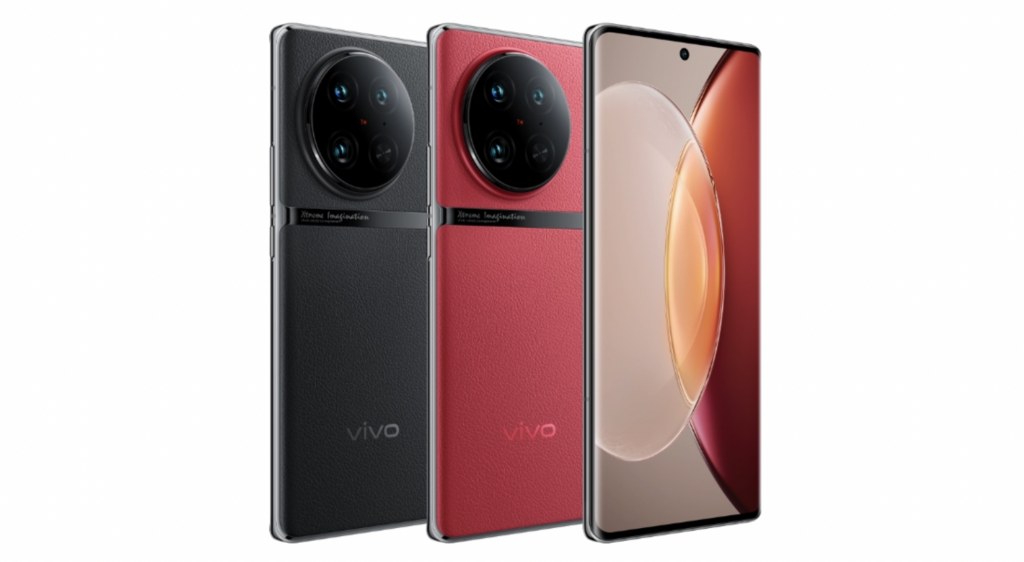 In terms of specs, the Vivo X90 features the new Dimensity 9200 SoC, along with a 6.78-inch full HD+ AMOLED display. It also gets a 50MP triple rear camera setup with OIS, a 4,810mAh battery with 120W fast charging, and additional features such as Hi-Res Audio and Wi-Fi 6.

The Vivo X90 Pro features the same size display, but with a 2K screen resolution. It also has the same chip and the same fast charging speed, but with a marginally larger, 4,870mAh battery. The triple rear camera gets two 50MP cameras here — including the portrait one. The front camera here, too, is 32MP.

The X90 Pro Plus, meanwhile, gets the same resolution, but with a better LTPO 4.0 AMOLED display. This is one of the first smartphones in the world to be powered by the Snapdragon 8 Gen 2 SoC as well, making it one of the first all-out flagship phones to be launched with the new chip. Other key details include a 4,700mAh battery with 80W wired fast charging, and a quad rear camera setup with 50MP, 50MP, 48MP, and 64MP image sensors.

The Reno9 series from Oppo is among the latest generation premium smartphones to have been launched in China, and given that the company has offered the range in India previously, we expect to see it in India as well, soon enough. 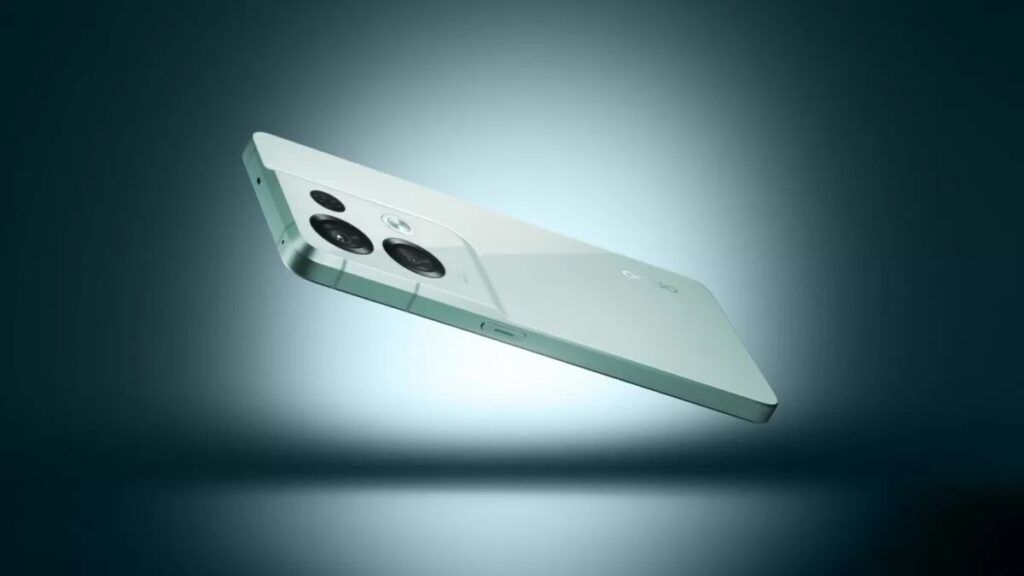 In terms of pricing, the range starts from approximately Rs 28,500 for the standard Reno9, and goes up to around Rs 46,000 for the Reno9 Pro Plus.

In terms of specifications, you get a 6.7-inch full HD+ AMOLED display with 120Hz on all of three phones. The Reno9 gets the Snapdragon 778G chip that powers the Nothing Phone (1), while the Reno9 Pro features the Dimensity 8100 Max. The Reno9 Pro Plus, meanwhile, runs on the Snapdragon 8 Plus Gen1 SoC. You get a 64MP dual camera on the standard variant, up to 50MP triple rear camera on the Reno9 Pro Plus. All variants get 32MP front cameras. In terms of batteries, the Reno9 and Reno9 Pro get 4,500mAh batteries with 67W charging, while the Pro Plus gets a 4,700mAh one with 80W charging.

One for the budget segment, the Lava Blaze NXT is powered by the MediaTek Helio G37 SoC, paired with 4GB RAM and 64GB storage. You get a 6.5-inch LCD display with HD+ resolution, a 13MP triple rear camera setup, and an 8MP front camera setup. You get a 5,000mAh battery, and a 3.5mm audio port as well.

While sale date details have not been revealed, the Infinix Zero 5G 2023 has been unveiled in India. You get a 6.78-inch full HD+ LCD display, along with the MediaTek Dimensity 1080 SoC in tow. You also get 8GB RAM and 256GB storage, a 50MP triple rear camera, and 16MP front camera as well. All of this is powered by a 5,000mAh battery with 33W fast charging.