91mobiles.com
Home Feature Top smartphones launched in India in May 2018 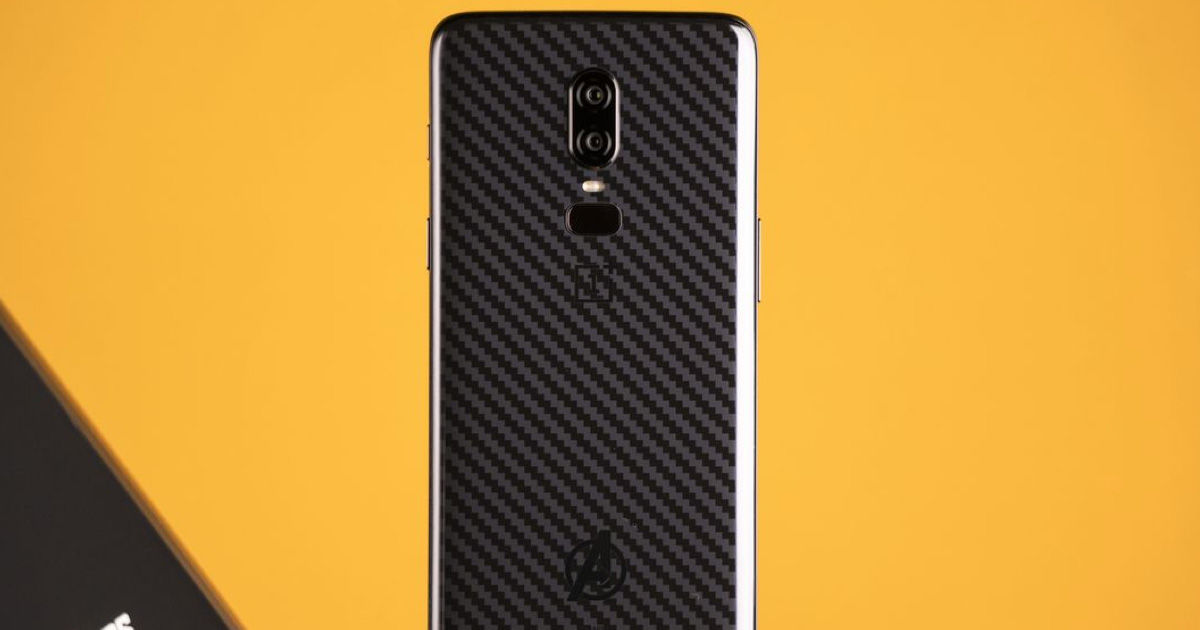 “From the OnePlus 6 to under-display fingerprint scanner-toting Vivo X21, here are top launches from last month”

The month of May has been an eventful one, with the launch of impressive phones from bigwigs like Samsung, affordable flagships from OnePlus and Honor to the debut of the Vietnam-based brand, Mobiistar, with its selfie-focused phones XQ Dual Selfie and CQ. Here’s a roundup of the top smartphones launched in India in May. 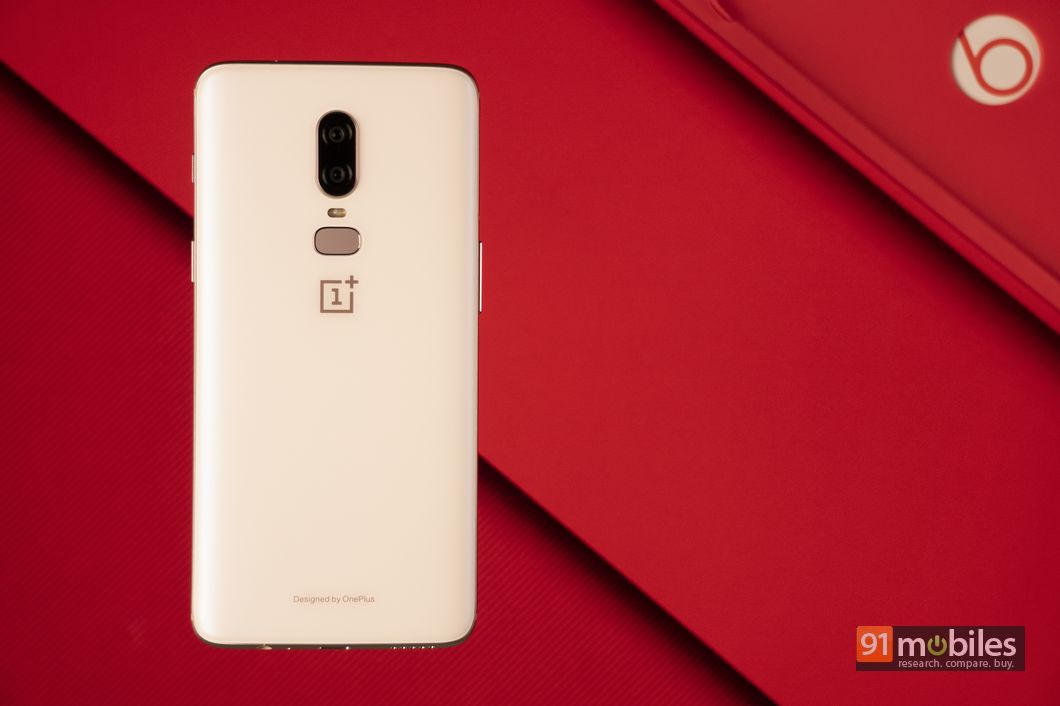 After the launch of the OnePlus 5 (review) and OnePlus 5T (review), the latest smartphone from the company’s stable is the OnePlus 6, the first smartphone in the country that boasts the beastly Snapdragon 845 chip. With its latest flagship, OnePlus has also taken the notch route, but it also gives users the liberty to disable the notch from the settings. The smartphone comes with a 6.28-inch FHD+ AMOLED panel with an 19:9 aspect ratio. For imaging, it offers a dual-camera setup at the back, which comprises a pair of 16MP and 20MP sensors and a 16MP selfie shooter. Additionally, the cameras on the OnePlus 6 can now record 4K videos at 60fps and slow-mo videos at 480fps. The 3,300mAh battery inside the OnePlus 6 remains the same as the OnePlus 5 series, but the company says this one is the longest performer yet with an upgrade in processor efficiency and software improvements. 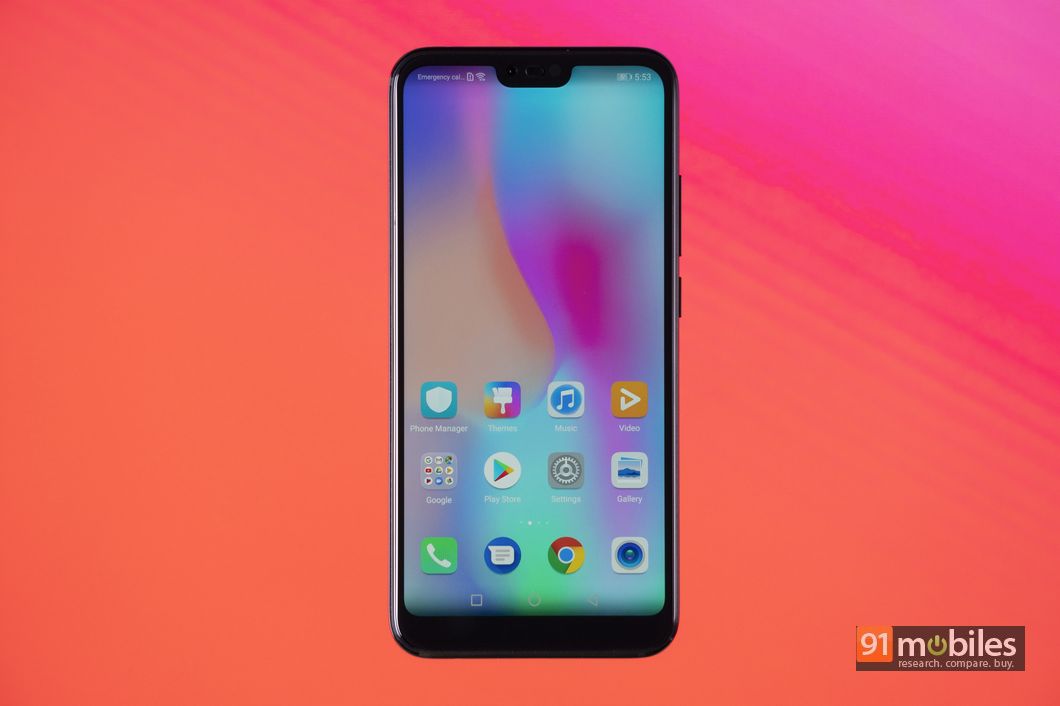 The Honor 10 smartphone has everything in good measure – edge-to-edge display, super-fast processor, AI-assisted cameras and a lot more. Just like other latest smartphones, this one too has a display-notch at the front top. Thankfully, the notch is smaller here and you’ve got a choice to disable it. The latest flagship from Honor comes with a 5.8-inch FHD+ (1,080 x 2,160 pixels) display with an aspect ratio of 19:9. Though the screen size is reasonably large, the phone is compact and lightweight. It comes with a dual-camera setup at the rear, with a pair of 24MP+16MP shooters. The front camera has a 24MP resolution for offering high-quality video calls and stunning selfies. Besides, this phone also has a great selling point in the form of artificial intelligence. It runs Android 8.1.0 Oreo-based EMUI 8.1.0 as its operating system. Powering the handset is the HiSilicon Kirin 970 processor, coupled with 6GB of RAM and 128GB non-expandable storage. 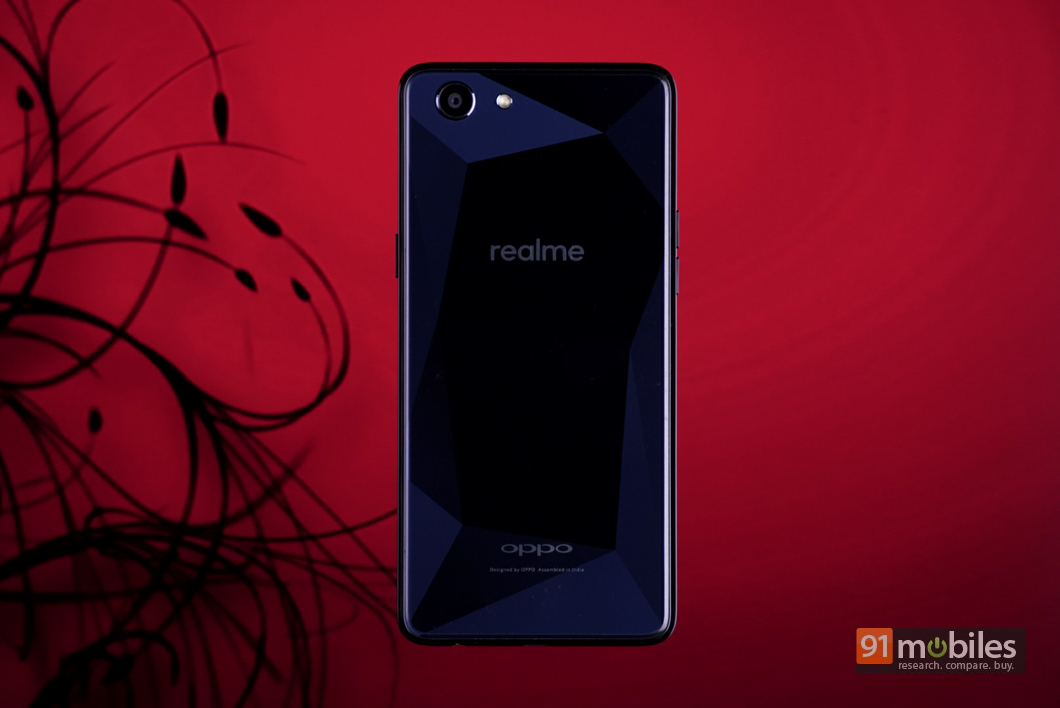 After its successful run with smartphones in the offline market, OPPO has now introduced an online-exclusive brand called Realme. The first smartphone that the company has launched is the Realme 1. The smartphone boasts a stunning design, with a Diamond Black pattern at the back. The phone comes with a 6-inch display with a resolution of 1,080 x 2,160 pixels and an aspect ratio of 18:9. The budget handset also comes with a single 13MP rear-facing primary camera and an 8MP selfie shooter. It’s powered by MediaTek MT6771 Helio P60 processor coupled with variants offering 3GB, 4GB or 6GB of RAM. The Realme 1 houses a 3,410mAh battery. 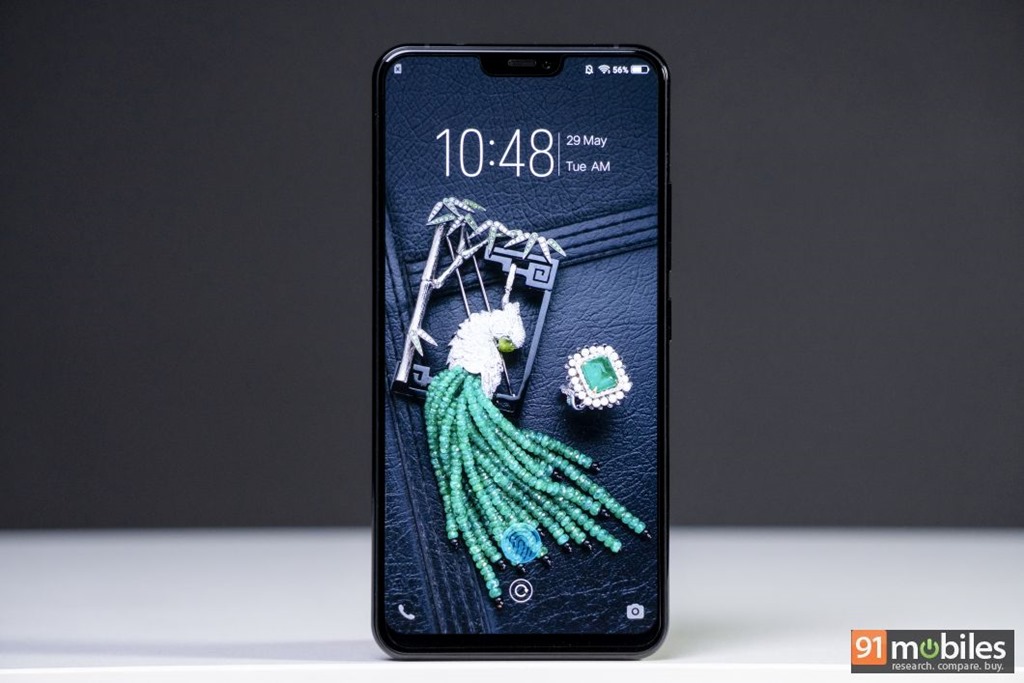 The Vivo X21 is the first smartphone in the country that boasts an in-display fingerprint scanner. With a tall display of 6.28-inches, the X21 manages to be lightweight and is easy to use with a single hand too.  The phone comes with a dual-camera setup with a 12MP f/1.8 primary snapper and a 5MP depth sensor. For selfies, there’s a 12MP shooter on the front that also offers software-based bokeh effect. Powering the Vivo X21 is Qualcomm’s Snapdragon 660 SoC, which comes with a 2.2GHz octa-core processor and Adreno 512 graphics, and is clubbed with 6-gigs of RAM. The X21 comes with 128GB of inbuilt memory, which can be topped up by another 256GB via a microSD card. 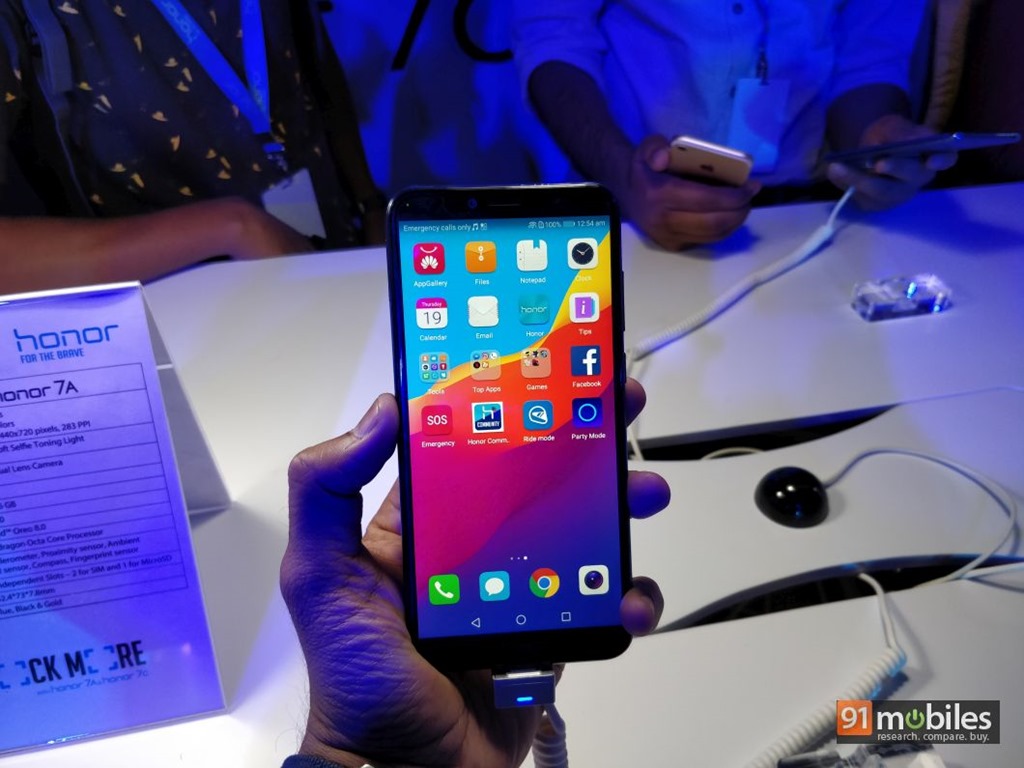 After proving its credibility in the flagship and mid-range segment in the last few months, Honor is now setting its sights on the sub-Rs 10k price band. To take this forward, the company has launched the Honor 7A and 7C smartphones in India. Both the Honor 7A and 7C look identical, except when it comes to the display size. The Honor 7A comes with a 5.7-inch display, whereas the 7C has a larger 5.99-inch screen. Coming to performance, the Honor 7A is powered by the Snapdragon 430, and comes with 3GB RAM and 32GB storage. On the other hand, Honor 7C draws power from the Snapdragon 450 SoC, and is available in two variants – 3GB RAM + 32GB storage and 4GB RAM + 64GB storage. In the camera department, both the smartphones have 13MP + 2MP dual-camera modules at the rear and 8MP selfie shooters. 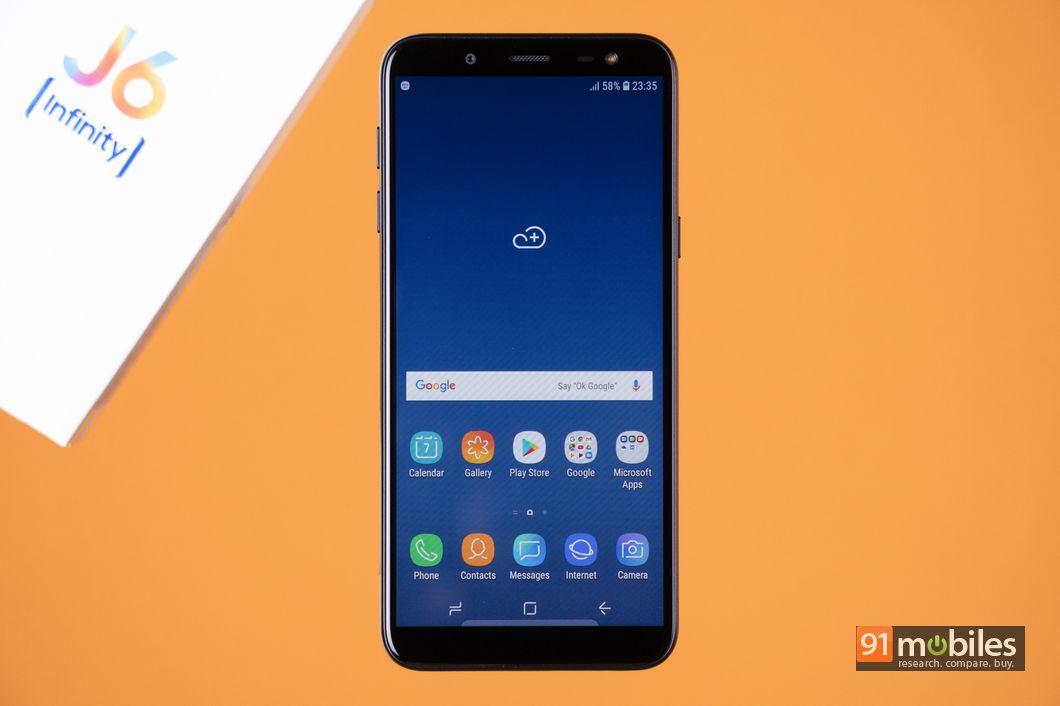 The South Korean brand recently came up with the Infinity Display-toting phones in the J series – the Galaxy J6 and Galaxy J8. The Galaxy J6 comes with a 5.6-inch HD+ Super AMOLED display and is powered by the Exynos 7 Series processor. In the imaging department, there is a 13MP rear snapper and an 8MP front camera, both accompanied by an LED flash. Coming to the Galaxy J8, the smartphone is identical in design and features a larger 6-inch display with the same HD+ resolution. The performance of the handset is driven by the Snapdragon 450. The processor is mated to 4GB RAM and 64GB storage, which can be topped up by an additional 256GB using microSD card. As for the cameras, the device comes with 16MP + 5MP dual cameras at the back and an 8MP shooter with an LED flash at the front. 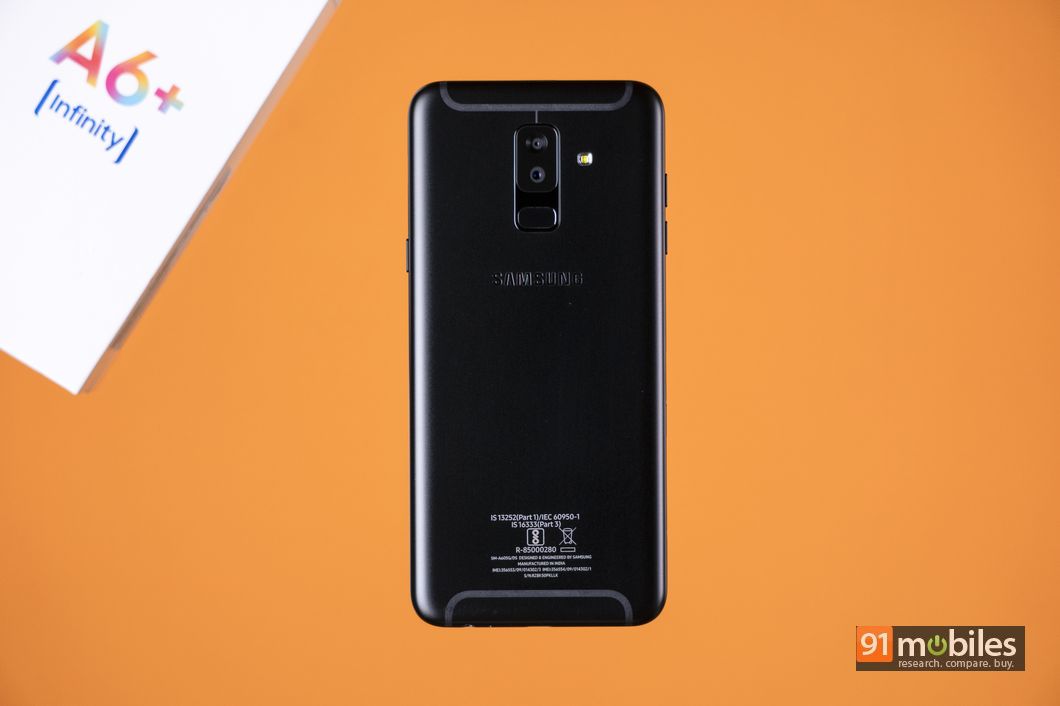 The Samsung Galaxy A6 ships with a 5.6-inch display, and has a resolution of 1,480 x 720 pixels. Coming to performance, the device has a 1.6GHz octa-core Exynos 7870 processor backed by 4GB RAM and 32GB of expandable storage. The smartphone is also available in a different variant that offers 64GB of storage. In terms of cameras, the Galaxy A6 has a 16MP f/1.7 primary snapper and a 16MP f/1.9 shooter on the front, which is accompanied by a dedicated LED flash. Coming to the Samsung Galaxy A6+, it comes with a larger 6-inch FHD+ Super AMOLED Infinity display. The smartphone also gets a more powerful Snapdragon 450 processor, which is accompanied by 4GB RAM and 64GB storage. There is a 16MP+ 5MP dual-camera setup at the rear and a 24MP sensor at the front for selfies. 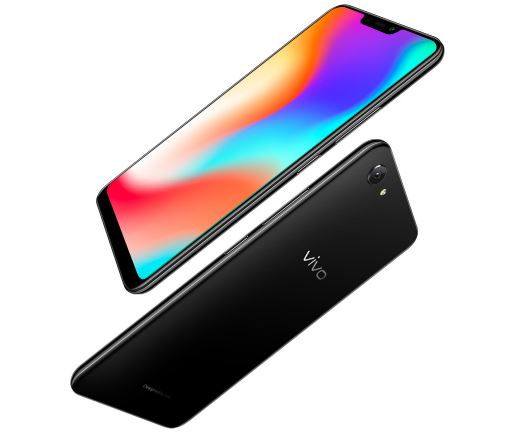 While these are the top smartphones that were launched in the month of May, there are few others which deserve a worthy mention. To start with, Vivo Y83 is the world’s first MediaTek Helio P22 SoC-powered smartphone. The device has a 6.22-inch screen size with a resolution of 1,520 x 720 pixels and an aspect ratio of 19:9. Moving on, Samsung has also launched a budget smartphone in the J series. Dubbed the J4, the phone comes with an adjustable front LED flash, which lets you change the intensity according to the ambience.

Another noteworthy mention is Mobiistar’s debut in India with two new smartphones, the XQ Dual (first impressions) and CQ Dual. The sub-Rs 8k smartphones focus on the selfie quotient and come powered by Snapdragon processors.

So, this was the list of top smartphones launched in May 2018. Did any of these smartphones make it to your list? Let us know in the comment box below.